Get offline maps, online navigation experience with TomTom GO Navigation. Weekly-updated downloadable offline maps provide you the best driving experience with precise live traffic, and speed camera alerts*, both updated in real-time. Install now using the FREE TRIAL offer. • Save your mobile data using OFFLINE MAPS, while driving with up-to-date GPS navigation. • Know exactly what lane is yours with moving lane guidance. Proprietary maps, coming from 20+ years of experience, provide you simple TURN-BY-TURN GUIDANCE. • Steer clear of traffic and blocked roads in REAL-TIME and drive within speed limits, even when you are offline. • Drive hassle-free with SPEED ALERTS and warnings for fixed and mobile speed cameras* • Enjoy best-in-class navigation experience on your car’s display with APPLE CARPLAY. • Avoid disturbing ads for a more efficient, PRIVACY-FOCUSED and AD-FREE journey. • DRIVE TO PHOTOS and CONTACTS! TomTom GO Navigation will take you where you geotagged photos and to the contacts’ addresses stored on your phone. • Search destinations, as well as popular attractions and essential POIs ONLINE from the catalog of TomTom. • Share your ESTIMATED TIME OF ARRIVAL with coworkers, friends, and family via the messaging platform of your choice. • Find ALTERNATIVE ROUTES around traffic congestion, backed by TomTom’s precise distance and time calculations. You can select one of the following auto-renewing subscription plans: 1 month - $4.99 6 months - $17.99 12 months - $24.99 Cancel or change your plan anytime. 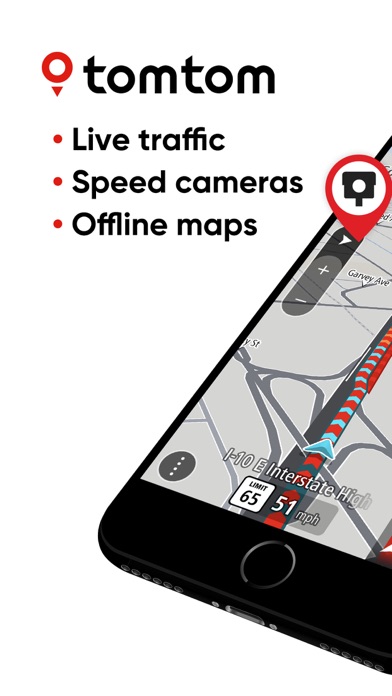 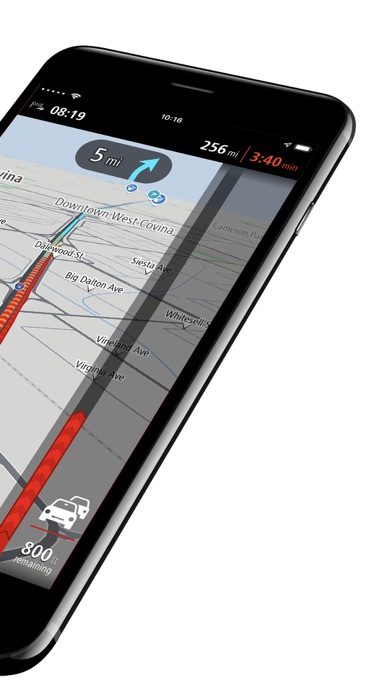 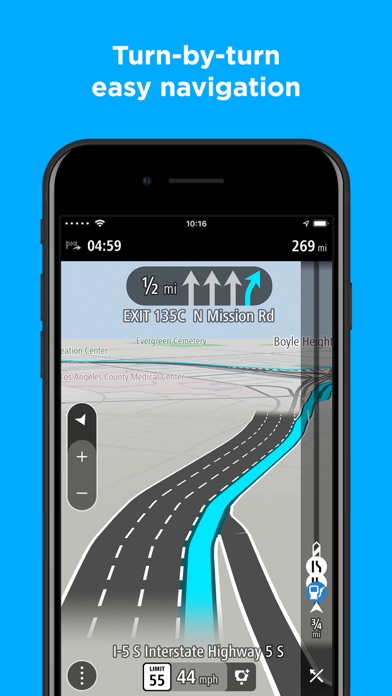 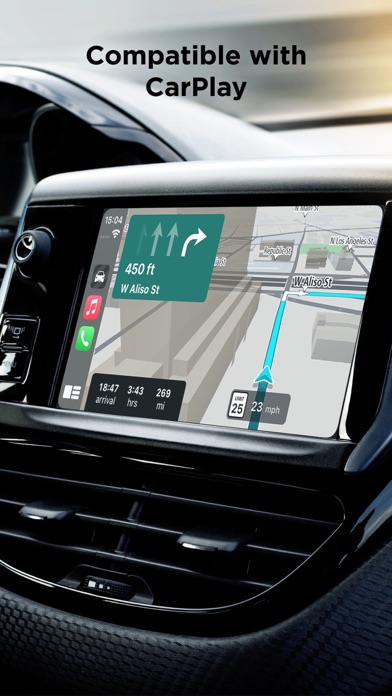 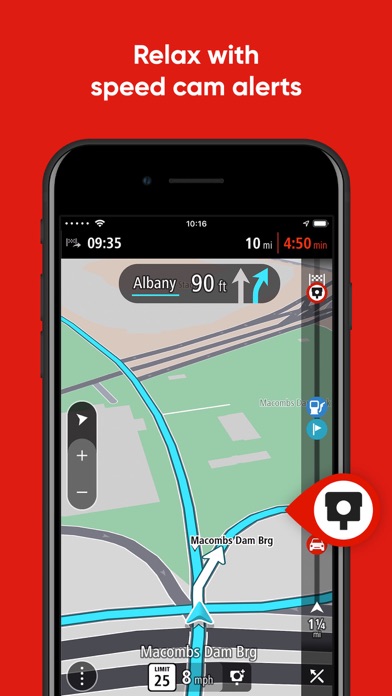 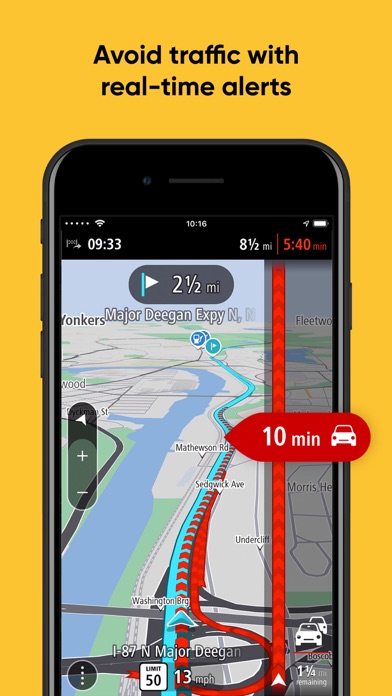 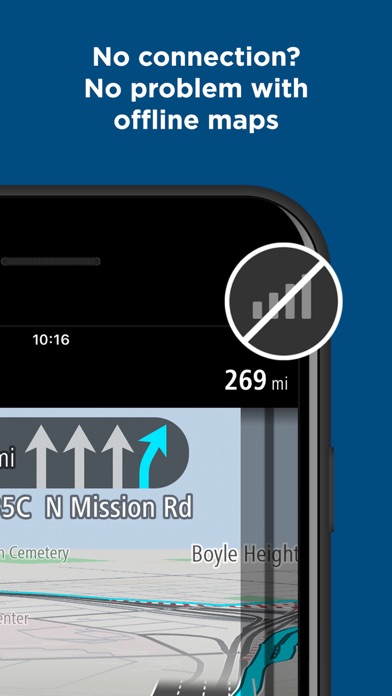 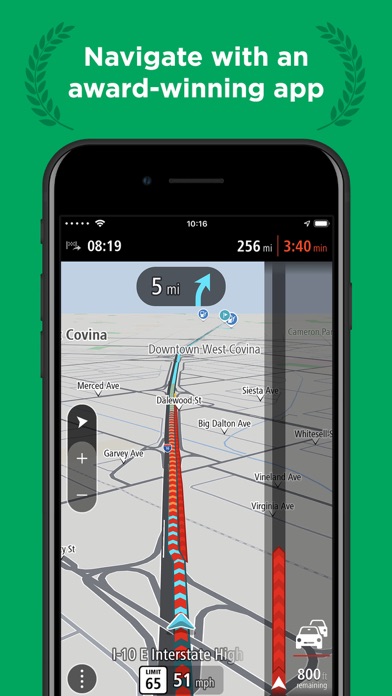 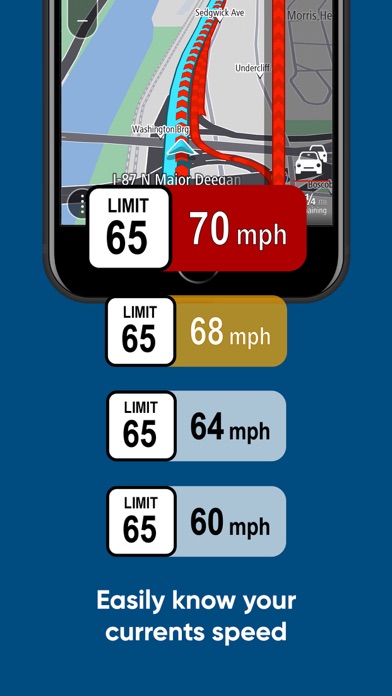 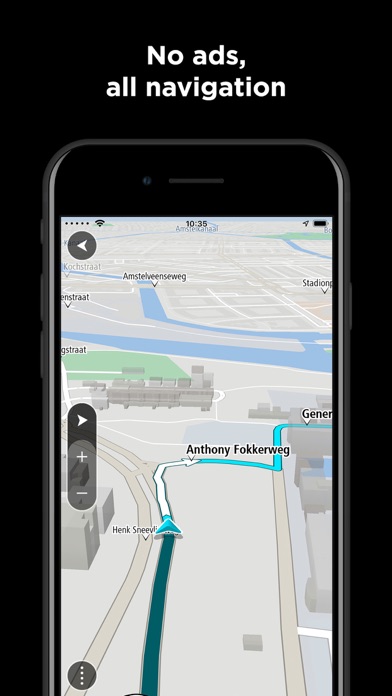 Several years ago I had bought ($$$$) the downloaded TomTom version with lifetime updates. Then they changed to this subscription model and stopped supporting the version I had, no more updates. I was not about to pay a subscription fee considering I had already paid a lot for the downloaded version. No more TomTom for me, even got rid of the TomTom GPS units I had for our other cars. I was a big fan until they did that, no more.
By aggiesam1983

I paid a big sum of money to have the offline maps a while ago. Then something promoted on my phone to remove the old app and the new one installed. Now it’s asking me for subscription. What about the money I paid in the first place. If I am going to pay again, why not trying something different? I am disappointed at Tomtom. It’s time to move away Update: 2/2/2022 The developer responded to provide DM. What is DM? My request is simple. I purchased the unlimited app and I can’t find it anymore. The new app wants me to pay again. Can you provide a phone number or email to talk to you?
By Minamzm

The app needs the ability to view the and adjust the stops for the route, similar to what Google maps and Apple Maps do. When I put in multiple stops on the phone I want to be able to organize the route. When in CarPlay mode I want the ability to edit the stops; ie be able to see all the stops and delete stops as needed. In addition still need easy way to address routing errors.
By tLH1987

Lags does not update in time

Lags horribly . You miss turns because it doesn’t update in time and lag on freeway. Will not be using again
By Lisa6236

One major problem that makes me regret paying for a year

I make a lot of sales calls, and I I never realized how helpful it was to have stop lights on my navigation app until Apple Maps (of all people) came out with traffic lights before even Google Maps. To be able to see exactly where you are turning solely based on simply counting the number of traffic lights you need to go through is crazy convenient. TomTom’s interface is clean and easy to navigate, but until they add street lights - I’m a one and done subscriber.
By maise03

Disappointed this it’s not supported on the IPAD.. appears that it does not use the cloud to sync between my phone and the iPad.. easier to design a trip on IPAD and use the trip on my phone… Not easy to add stops in a route that is already created… needs more design work… Still not sure if is worth the subscription cost so i will probably cancel at some point and playing with it more…
By ScottClement

I was looking for an advanced GPS, this is not it

I thought I could find a better gps then what apple or google have, well this paid app is not that. The free apps far exceed this one. This one doesn’t give an estimated drive time. The maps are weird that you have to download them, it’s not even smart enough to find an address unless you download the map first. You would think if you put your route in then it would figure out what it needs to download. I played with the app for about 30 minutes before driving with it, was so bad I just deleted it. It offered nothing over the free apps. I am willing to pay for an advanced navigation app, but this a step backwards.
By Smickersmacker1

Gave it a shot

I have been using Google Maps, Apple Maps, and Waze for years. I thought it best to give this a try. Off the bat, I was very disappointed that you have to pay for traffic info, etc. where that is free on other map apps. Major interstates are instead stated as US highways. No traffic camera notifications like I get on Waze. No mic search or address entry, need to use the phone instead of the screen. While this is visually nice map and the developers did a nice job so far, I don’t feel that the price is worth it compared with the other alternatives that are out there for free.
By Globemaster99

It’s really a super cool idea but it’s not really free. The app forces you to accept a “free” trial but makes you subscribe and enter your billing information, and it won’t let you use the app at all unless you get past the trial screen. Do not recommend this app!!!
By Mason ho

I have really enjoyed and depended on my TomTom app for many years. The maps and live traffic issues have been great and saved me from sitting in some long traffic jams. I just updated to 3.3.6 and updated the Ohio map and now everything in southwest Ohio south of Austin Blvd is gone. Cincinnati is no longer part of the Ohio map it is just a big blank area. Please fix this ASAP.
By Gbaker5325