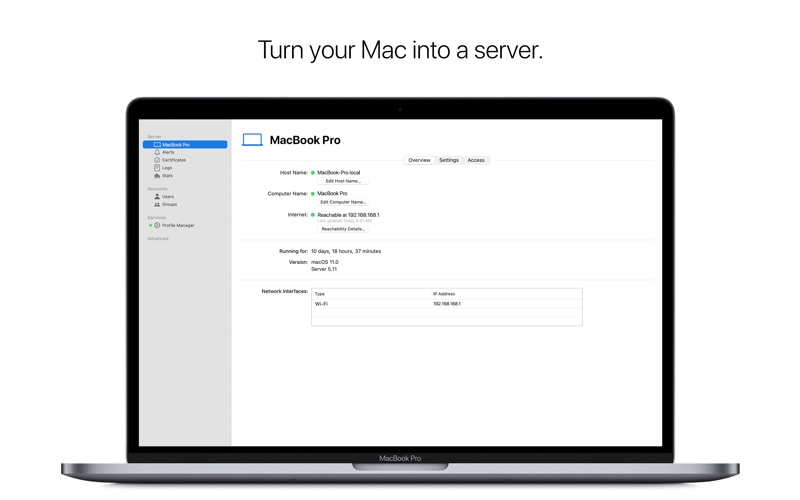 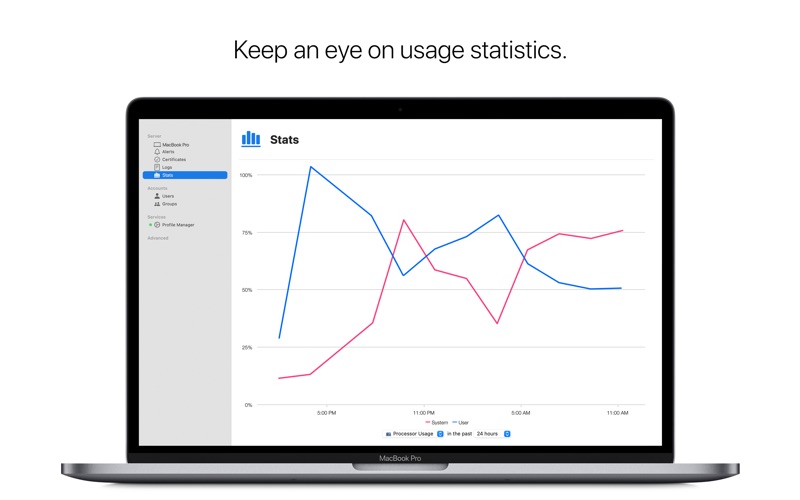 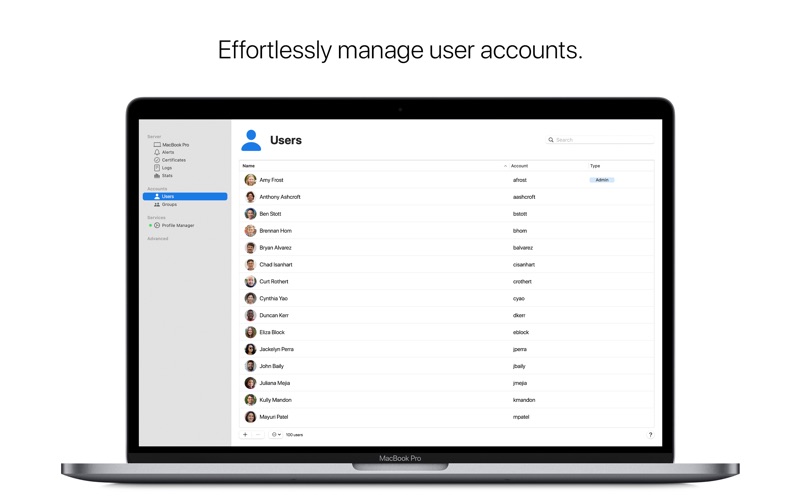 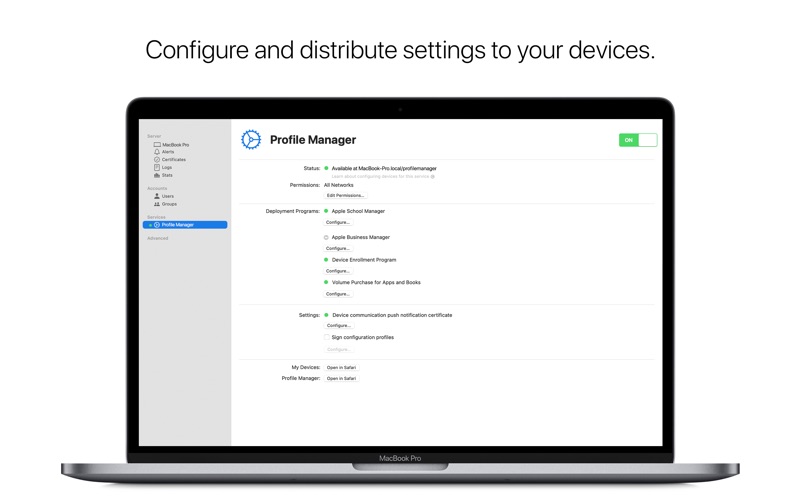 Ever since Apple removed the major server components, like the DHCP server, this software has become useless. It was once a great GUI for configuring services available to run on a Mac, the calendar server, DNS server, DHCP server, VPN server, and Websites to name a few. These were open source items and can still be installed by the end user but the great GUI to configure them all in one place for them is gone. FTP is gone, Firewall, Mail Server, Wiki server, RADIUS, all of it is gone. Don't waste your money, If there was a rating less than one star, I would give it that.
By Onorati12

Apple gave us Mimojis! They made the gun emoji a squirt gun! You can't do everything!
By The Real Thelonious Mac

As most reviews have stated it's useless for most use cases - the exception is if you are in enterprise or education and use the cloud to manage your hundreds of macs and ios devices via profiles. But for small business that does not do media production then don't bother, stick with Windows or go Linux even Chrome OS may be better. Sorry, I used to love the MacOS ecosystem but now it's becoming just like the competition.
By Bespeaktech

If you want a solution for managing an Apple fleet--well, you can certainly do better than this too. Other features include the seeing same data you already have in Activity Monitor, tons of alerts when your IP address changes, and that's about all. No DNS, DHCP, Web Server, NTP Server...you get the picture. There is some sort of profile manager, but I didn't want this software to strain itself, so I didn't bother with it and stuck with Active Directory. I'm usually pro Apple to a fault, but I can't defend this. Shame on you, Apple.
By djknudson

Apple is stealing from its advance users. You are better off just opening terminal and configuring what you need. I had this on my 2009 macbook, I updated it; went to the developer downloads, there wasn't an update for it. Next, I went to the apple store, Apple store can't install it. I had to update to 11.3 big sur. That is insane. Went to get a mac mini. Now, I can't get websites back up, vpn and backups for my blogs up again. Don't update your apple products. Apple is turning into greedy criminal. They refuse to refund this after my purchase. Don't you dare install this thinking you will save time not using terminal. 2012 is no more.
By ch1ris23

It's barely an upgrade from some system preferences – and that's been true for a long time. But it used to at least make files more available with slightly more reliability than just running a mac on a network with sharing on. Now, it won't launch – it just asks to be redownloaded again and again from the App Store. It doesn't work, of course NoNow.
By Zach Beauvais

Can't even install to get rid of a nag screen

I ran High Sierra for a long time, and since upgrading to Catalina, the highest I can go on my MacBook Pro 8,1, I can't install the new version just to get a nag screen that pops up at boot to let me know my Server is too old and has been disabled to go away. On iOS, if you download an app that is too new for your OS version, it will download the newest still compatible version. If Apple is trying to make macOS like iOS, they should add this feature.
By notTom

This app is not really a server. Server functions have been deprecated from this app. No web hosting, calendar or email service, etc which is a typical use of a server.
By aerorahul

support or not make up your mind

I used to have this working on a late 2012 mac mini. That was until Apple stopped supporting it and removed all the features. Now they brought it back only for osx running Big Sur which isnt available on late 2012 mac mini. Im not buying a new mac to use this so they can take away the features again and bring back later.
By JBuenos

What's crazy is Apple has to use all Apple computers at their head quaters in Silicon Valley. Right? Probably like a whole fleet. So they have Macs in a office/work environment, but laugh at everyone else that wants server funcitonality? Do they hoenstly use the integrated services to run all their Macs?
By Joobagel