SwimTopia Mobile is the free companion app for SwimTopia and Meet Maestro, swim team and meet software. SwimTopia swim software helps teams run every aspect of their swim team with ease. And Meet Maestro is the refreshingly modern swim meet management software that’s included in the price of SwimTopia. SwimTopia Mobile helps keep team members better informed. Receive notification alerts from your team and view your team and swimmer info for free, all season long. And with our Live Event/Heat Bar*, that broadcasts what’s happening in the pool on meet days in real time, you’ll never miss a swim again! Plus, if the meet host is using Meet Maestro, add a Pro subscription and you’ll have convenient meet-day info, like heat sheets and results, at your fingertips. A valid SwimTopia login is required to use this app. IOS version 11 or newer is required. Free Features - Notification alerts from your team throughout the year - Personalized calendar view of upcoming meets and events - Personalized Meet Overview for your family (including swim events and volunteer jobs) - Your swimmers’ best times - Your swimmers’ swim history - Post-meet results for your family’s swimmers - Live Event/Heat Bar on meet days* Pro Features – Great For Meet Days **Try Pro for Free for 7 Days** Upgrading to a SwimTopia Pro subscription when the SwimTopia team hosting the meet is using Meet Maestro and the Live Event/Heat Bar* gives you access to: - Heat sheets - Heat/lane assignments and estimated start times for each of your swimmers’ events on your family’s Meet Overview screen - Estimated start times for all events that update as the meet progresses - Live results for all swimmers - Team scores - More Pro features, like reminder alerts for upcoming jobs and swims, coming soon * Your team can access the SwimTopia Live Event/Heat Bar features in the mobile app when your team admins perform a few simple steps. For team admin instructions on using the Live Bar see: https://www.swimtopia.com/swimtopia-live Pro Subscription Details: - When you upgrade to a Pro subscription, the fee for the first subscription period will be charged to your iTunes account at the end of the 7-day free trial. - Subscriptions will automatically renew unless canceled within 24-hours before the end of the current period. - You can manage your subscription and turn off auto-renewal in your iTunes Account Settings after purchase. - Any unused portion of a free trial period will be forfeited if you purchase a subscription. - See our Terms of Service: https://www.swimtopia.com/terms-of-service/ - See our Privacy Policy: https://www.swimtopia.com/privacy/ - For more information see: https://www.swimtopia.com/meets/swim-meet-app/ Love the app? Leave us a review! Have suggestions for improvement? Please send us an email at help@swimtopia.com 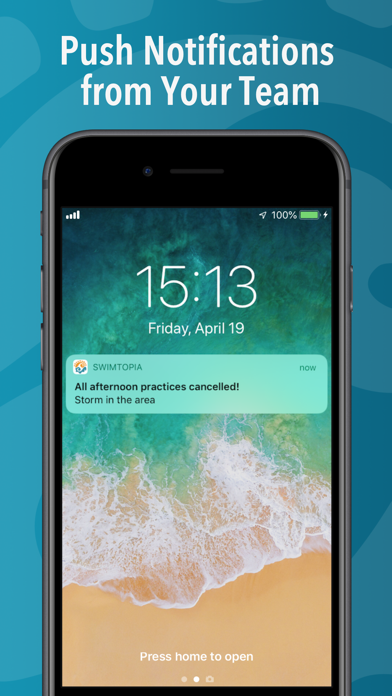 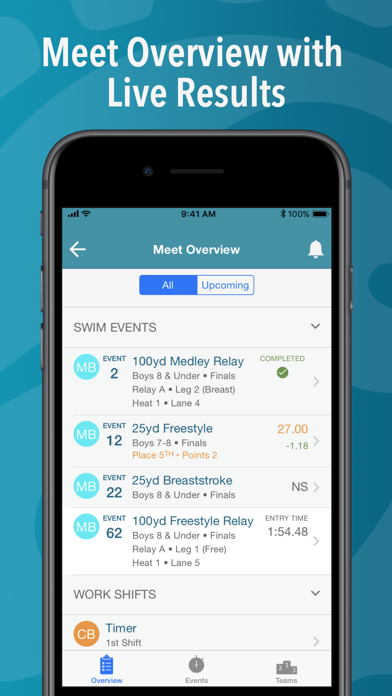 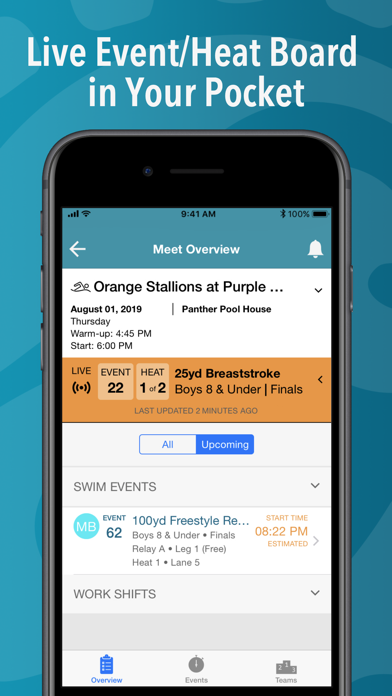 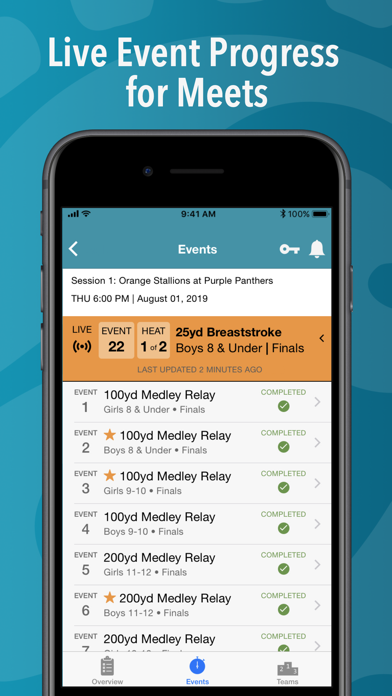 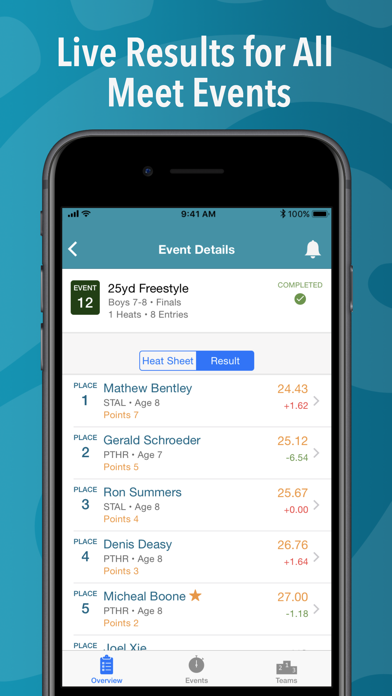 I unsubscribed to the monthly pro version trial well before it was up and I’ve been charged for it and now it has automatically extended my subscription out another month and I no longer am seeing a means to unsubscribe. Swim season is over and I no longer have a need for it.
By BMcNeely1014

Wonderful idea if it worked

The first couple weeks of our season it was great. For the last several weeks it’s all been “server error” and shows no information.
By Dew1027

Very disappointed in this app! We purchased this app for summer swim and the app did not work for our divisional swim meet!
By TLBoozer

Swim season is over

I thought I saw somewhere that I could put the app on hold while we were not swimming? We only do summer league. Let me know how I can pause the app charges until next season.
By Shannonschiele

Only about half completed

This app could be useful, however most of the features don’t work like heat sheets and race results. My swimmer’s races have been missing the first and last race in the swim events in every meet. Sometimes the event and heats don’t update and one time the server crashed during a meet making the app unusable. Too much doesn’t work to be a pay app... still in beta in my opinion.
By dts2112

It wouldn’t let me create a new account, I don’t have one so I thought there was going to be a option to make a new account but there wasn’t, I even looked it up and still nothing came up. I just wanted to have it so I could know my stuff for my swim meets this summer. Other than this I know it’s a good app just annoying that I can get in without a account and there’s no new account option.
By mimigamer145

If you haven’t worked the computer room at a swim event then don’t complain about how quickly data updates in the app. The app works flawlessly if the computer room folks are working flawlessly (including internet, printers, and computers). We all know how often that symphony comes together. Thanks and 👍🏼👍🏼
By TEC RHIT ME 08

I had high hopes for this app... but it is just plain bad. Heat sheet is never accurate. Results are messed up then because of inaccurate heat sheets. Also, results take waaaay too long to update.... Also, the app crashes all the time. Awesome...
By SwimDad21

I don't get it. You can’t creat an account from the app and you can’t declare for meets from the app. Both have to be done from the website. Why even have an app?
By Jcarrkc