*Only works with iPad 3 and over, iPad Mini 2 and over, iPhone 5 and over, iPod 6. Requires an online connection to play. Play now the first ACTION RPG game of the acclaimed ASSASSIN’S CREED Franchise. Explore the ITALIAN RENAISSANCE through the eyes of your OWN ASSASSIN, complete dozens of missions and unravel the epic mystery of The Crows. WHAT THEY SAID ABOUT US: • “the graphics look spectacular” cnet.com • “a proper bonafide Assassin’s Creed game” pocketgamer • “gorgeous graphics” phonearena.com CREATE, EVOLVE AND CUSTOMIZE YOUR ASSASSIN! - Pick a CLASS: Choose between Berserker, Shadow Blade, Trickster and Thief - CUSTOMIZE your Assassins: Use loot, choose your outfits and weapons like epic swords and the iconic hidden blade. - Make your Assassin EVOLVE from NOVICE to MASTER! TONS OF MISSIONS AND POSSIBILITIES! - Experience the FREEDOM OF MOVEMENT: Run, jump, climb and feel the thrill of the leap of faith on your mobile screen! - Achieve an infinity of QUESTS, unlock new locations and hundreds of items. - PLAY HOW YOU WANT TO with simple tap-to-move, dual virtual stick controls or with a gamepad. THE TECHNICAL EXCELLENCE OF THE ASSASSIN'S CREED GAMES! - The Unity game engine brings STUNNING GRAPHICS through amazing custom-made HD textures, shaders, and models to your screen. - Every place you visit in the ITALIAN RENAISSANCE will be an open map for you to explore: Santa Croce Area in Firenze, the Colosseum area in Roma etc. **ASSASSIN’S CREED** is one of the most popular franchise of all time. Its success has been built through years with famous titles such as Assassin’s Creed Syndicate, Assassin’s Creed Unity, Assassin’s Creed Black Flag etc. This game is available in: English, French, Italian, German, Spanish, Russian, Simplified Chinese, Brazilian, Japanese and Korean. Are you a fan of ASSASSIN’S CREED IDENTITY? Like us on Facebook or follow us on Twitter to get the latest news: https://www.facebook.com/AssassinsCreedIdentity https://twitter.com/acidentity/ 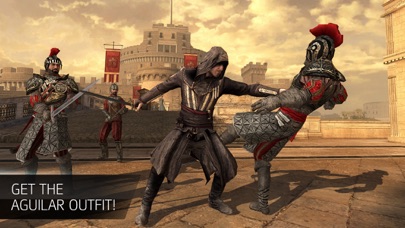 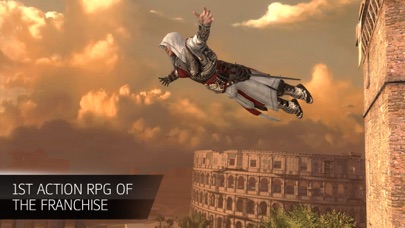 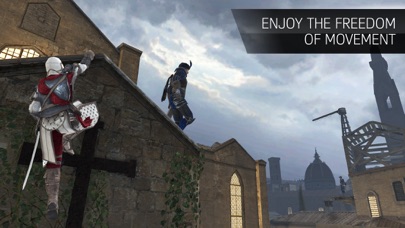 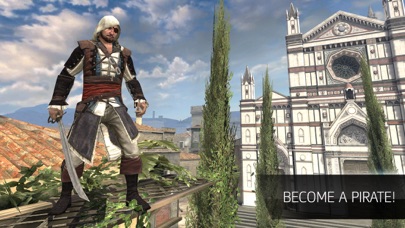 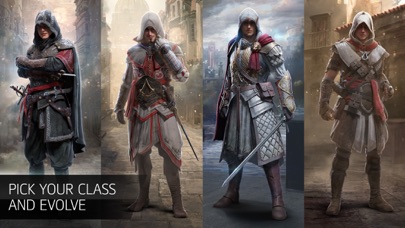 I THIS GAME IS DEAD SO PLEASE UPDATE IT

Can you please update this game because 1 the campaign is short 2 YOU NIW HOW IT SAID IF YOU BUY THE 2nd CAMPAIGN YOU WILL GET 2 LEGENDARY WEPONS? Yeah I didn’t get no legendary weapons just because my inventory was too full and I thought they were gonna appear when I sell some stuff but no they didn’t appear. And I thought they would be in my mail nope they haven’t appeared at all SO PLEASE UPDATE THIS GAME. Also please add a roelpay mode because it kinda gets boring when you complete both campaigns and only play contracts WITCH SOME OF THOSE CONTRACTS INCLUDE NOT KILLING GUARDS and this might sound like ima phsyco but no I just say that because I feel like killing is fun it’s fun to whip your sword out and start chopping up I’m fine with the remain anonymous contracts but the ones that say do not kill anyone...To me that’s kinda boring. So yeah can you please update the game
By MauricioDaGuy

I absolutely love having the ability to play a true-to-form AC game on my phone, but the gameplay dynamic leaves very much to be desired. Half the time I find myself moving in three separate directions, none of which are my desired choice, simply because the field perimeter for the camera control is so small.
By Jacob9509

I don’t know what to say

Identity is a really fun, probably my favorite mobile game. I play more than any other game I’ve ever downloaded. However, as much as I enjoy it, there are a few things that I’d like to see added: 1) More campaign. Keep the missions coming! They are really cool to get into, especially with the lore that comes with them. I enjoyed both campaigns, but, while the Forli map was really fun to run around, there were too few missions in its campaign. It would be really cool to have a third one, that’s longer and adds Venice as a location, since that’s the only place in Italy that we haven’t seen yet. 2) Multiplayer. This is a big thing that I think a lot of people might like. There should be an update where you can invite a friend to do contracts with you. It could be an option on the Hirelings menu, or maybe restricted only to special types of contracts that require more than one person. Sometimes, having Friends feels pointless when you can only use them as Hirelings (or can’t, because they aren’t on the same level as you). This would put it to great use. 3) More outfits. We need more outfits in the store, or even for achievements. Don’t get me wrong, the current ones look nice, but sometimes, I want to give my Assassin a new look. It would be nice to see outfits from all the other Assassin’s Creed games. One thing I thought might be pretty cool, for example, is to see some variations of Altair’s robes or the Ezio outfit in the store. There are many other outfits to choose from throughout the series that would be great to see. [Edit: One thing I forgot to address was the Special Events. One thing I wish Identity had more of is Special Events. Sure, it’s a good opportunity to quickly earn money and upgrades, but one thing I’ve noticed is that people who have played longer get a bunch of different outfits from past events, and newer players don’t get the opportunity. For example, I saw some players sporting the Apus and Crux Outfits (both really cool variations of the Ezio Outfit), and when I looked it up, it turned out that these were part of Special Events that occurred before I started playing. Please allow later players to have a shot at these Outfits, or some like them. Not only would it make a lot of players happy, but all these Events would also make the game more interesting and keep people playing.] I appreciate you taking time to read this. These are just some ideas that I think might help keep the game alive. Like I said, it’s my favorite mobile game. Assassin’s Creed itself is one of my favorite game franchises of all time. It’s awesome to have something like this available on the App Store. Thanks! 😃
By ObsidiaKnight

Trash on a stick
By Old Sock 69

Good but need a few things

It doesn’t even work, I can’t even play it
By BigBudz336

Not even worth a $1.
By Shieiehbdjkfnrjfiieheh

I wouldn’t have to give this two stars if this one problem was fixed. I just got the game a couple days ago and only got to play it for the first day. After that I would go in and either one get kicked out or two get in but not be able to press anything. I have tried deleting it and getting back also swiping up and going back in. None of that worked. But other than that (for the one day I played it), it was a great game. I’ve played black flag, the first and, the third (sorry if your ocd goes off for not playing the second) it is among those other ac games even for a mobile game.
By assasinscreedisthebest👌🏼

The game is not playable. I would like a refund.
By Sheepman70018