Connect matching dots and solve fun puzzles! Play Free! Join two brave dots as they progress through beautiful worlds spanning the arctic tundra, fiery jungles, and into outer space in the #1 hit game in over 100 countries. Be prepared to drop the pesky anchors, clash with monster dots, blast away comets, and crush the gems across hundreds of challenging levels! More levels are on their way, and if you’re ever in a jam, there’s always a power up to help! = WHY YOU’LL LOVE TWO DOTS = • FREE to play! • ADVENTURE through 2900 fun and challenging levels • CONNECT matching colored dots to play, and master the art of making squares! • SMART, fun, and thoughtful design • ENJOY beautiful minimalistic design and relaxing game music • PLAY at your own pace to make the perfect move without having to worry about a clock • CHALLENGE your friends on Facebook and see how you match up! • TREAT yourself to sweet rewards available daily and through special event modes Start connecting on your iPhone and iPad today! Color blind mode is free and available to all. ------------------------------------ LET'S BE FACEBOOK FRIENDS facebook.com/playdots FOLLOW US ON TWITTER twitter.com/TwoDots ADD US ON INSTAGRAM instagram.com/dots Having any problems? Any suggestions? We would love to hear from you! You can reach us at support at td-help@weplaydots.com PLEASE NOTE! Two Dots is completely free to play, but you can also purchase some items within the game for real money. Just disable in app purchases on your device if you don't want to use this feature. Use of Two Dots is governed by the Dots terms of service: https://www.dots.co/terms/ 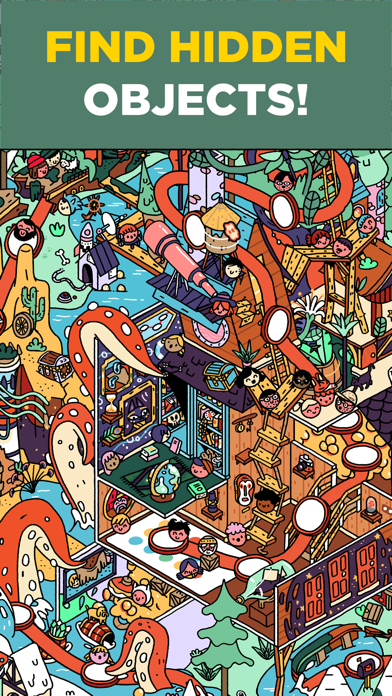 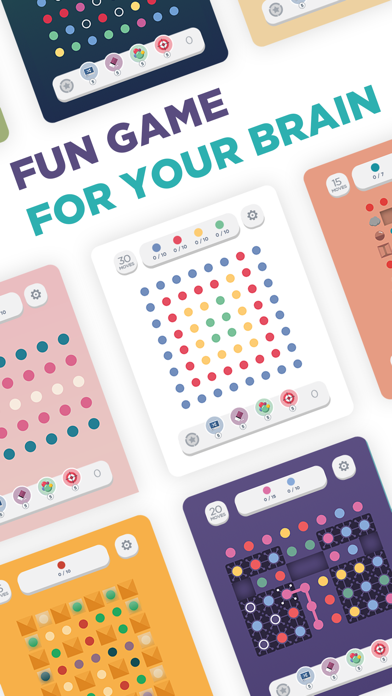 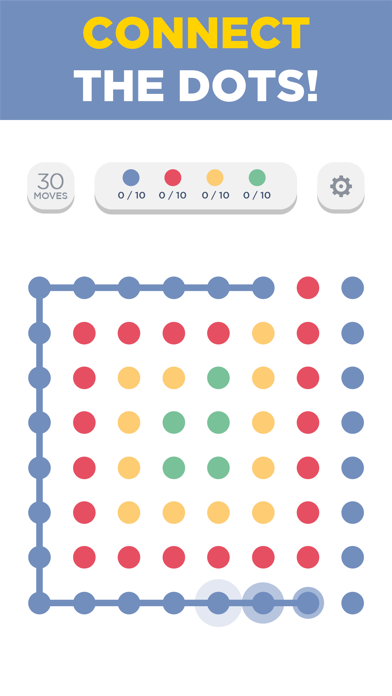 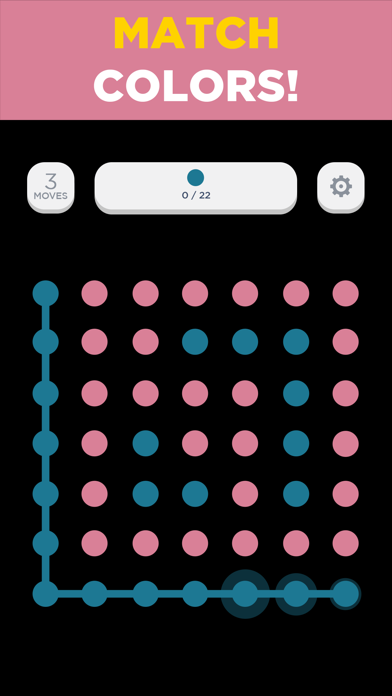 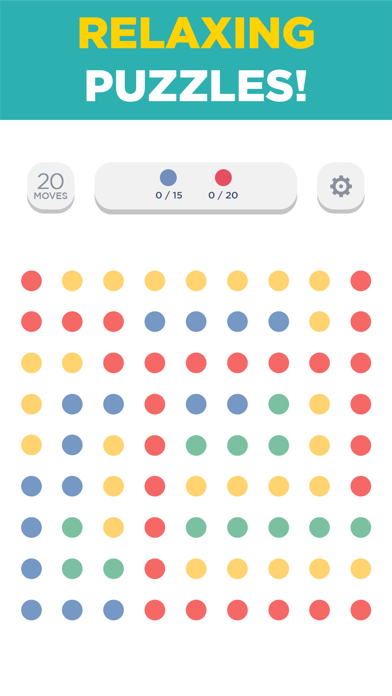 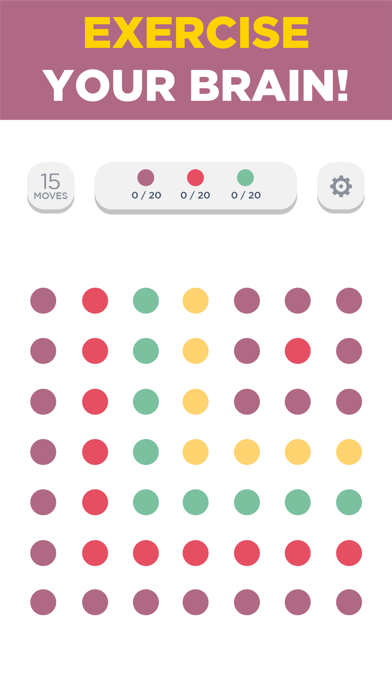 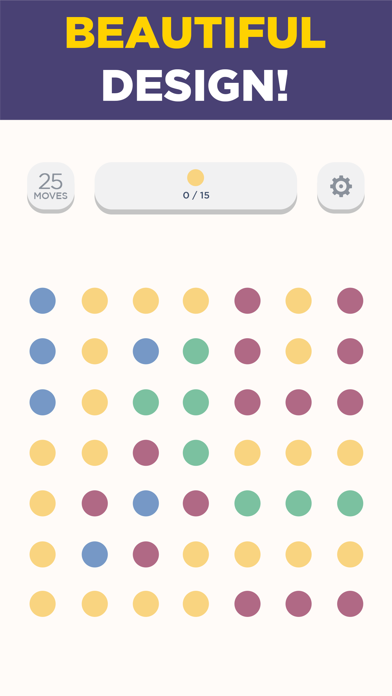 I lost my job and was looking for something to ease my mind but it’s very expensive to win. Otherwise you have to play some levels 20+ times in order to get “lucky” and move on to the next. The game is designed to take as much money from you as possible.
By charityread

I used to love this game but I do not understand why I have to pay for the gold that I won. 🤷‍♀️
By Dwyerr8

Why advertise a game that leads to a completely different game? I am perplexed.
By iiyngrdde

I really enjoy this game! My favorite part are the hidden object games, but I finish them all so quickly that I’m left wanting more. I only wish they would make it to where you could do them as many times as you’d like, then I would never leave it alone.
By Loveslots!!!

WHY DO WE HAVE TO PAY FOR GOLD

I ve been playing this game for over 2 years now. BUT i really dislike the fact that “gold” can only be purchased with $$ rather than with the collected keys. I feel like its a rip off and i cant enjoy it as much anymore
By erty90

I used to love this game but...

I have played two dots for years and have always thought it was a great game. Lately though there have been some subtle changes that have made me wonder what’s going on. I purchased a $4.99 pack today and was charged the amount yet I didn’t receive the pack. I have contacted the app developer and still have not heard back.
By Nini6X

I love this game! It’s very relaxing with a beautiful design. I have enjoyed the seek an find mini-games. Perhaps a creation of an app just for those is in the works?
By Lola_MarieB

I absolutely love finding games and wish you guys make more of them!!
By SoyIatte

You changed the ads!

I love this game but you changed the way the advertisements appear and they TAKE FOREVER to move through the game. If that doesn’t change ASAP, I will be deleting one of my favorite games.
By Word thinker101

I have had this game for quite a while now! I love puzzles so if you into a thinking puzzle game to climb a latter it’s great.....except the fact that you can only get so far in this game until you basically have to spend really $$ to get anywhere!!! This game is a sellout with all the adds and promotions of other games and every time you open the app or try and play a game or finish a game it basically tells you “unless you spend real money on this game to purchase fake money you can’t go any further...” You can get to level 60/70ish without spending your personal money but then you get stuck and play the same levels 50+ times unless you buy coins, I’m all for a challenge but they make it obvious that unless you spend real money.... your not going anywhere.... not worth the time or money. What is the point in playing and winning the levels if you don’t get rewarded with coins!?!
By Gotta be rich to play...

Dots: A Game About Connecting