Play the world's best bird flinging, pig popping game! Use the slingshot to fling birds at the piggies' towers and bring them crashing down – all to save the precious eggs. New to the world of Angry Birds? Angry Birds 2 is the best way to get to know all of the iconic characters and experience the fun gameplay that has captured the hearts (and spare time) of millions of players. Decorated Angry Birds veteran? Everything you love about classic Angry Birds games is here with some awesome new additions. Choose which bird to fling when, play with friends, take on multi stage levels, and compete and collaborate with players around the globe. Features: ● CHOOSE YOUR BIRD. Choose which bird to put in the slingshot and defeat the pigs with strategy! ● MULTI-STAGE LEVELS. Play fun, challenging levels with multiple stages – just watch out for those Boss Pigs! ● DAILY CHALLENGES. Have a minute? Complete a daily challenge and earn some quick rewards. ● LEVEL UP your birds with feathers and up their scoring power. Build the ultimate flock! ● JOIN A CLAN to take down the pigs with friends and players around the world. ● IMPRESS THE MIGHTY EAGLE in Mighty Eagle's Bootcamp and earn coins to use in his exclusive shop. ● COMPETE in the ARENA. Compete with other players for some friendly bird flinging fun and prove who is the best. ● COLLECT SILLY HATS. Collect hats with different fun themes and level up your birds' fashion game. ● BAD PIGGIES. The green baddies are back, stronger, badder, and even greener. ● LOTS OF LEVELS. Play hundreds of levels with more added in regular updates and limited time events. ● LEADERBOARDS. Prove who is the best in the world on the global leaderboards. ● FREE to download! --- When playing this game, Rovio will offset the carbon footprint caused by the device’s energy consumption. Angry Birds 2 is completely free to play. Although Angry Birds 2 can be downloaded for free, there are optional in-app purchases available. This game may include: - Direct links to social networking websites that are intended for an audience over the age of 13. - Direct links to the internet that can take players away from the game with the potential to browse to any web page - Advertising of Rovio products and also products from third parties This game may require internet connectivity and subsequent data transfer charges may apply. When the game is played for the first time, there is a one-off download of additional content. Terms of Use: https://www.rovio.com/terms-of-service Privacy Policy: https://www.rovio.com/privacy We may update the game periodically, for example to add new features or content or to fix bugs or other technical issues. Please note that the game may not function properly if you do not have the newest version installed. If you have not installed the latest update, Rovio will not be responsible for the game failing to function as expected. 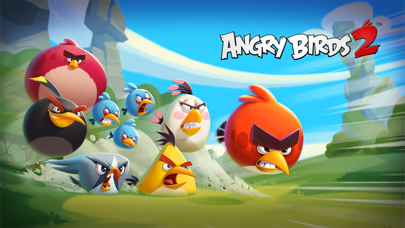 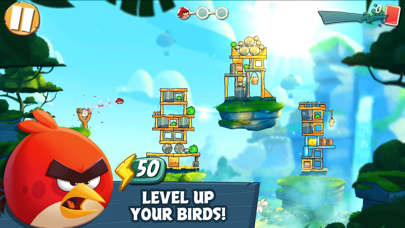 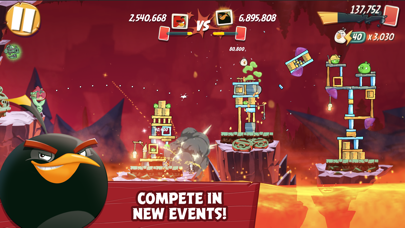 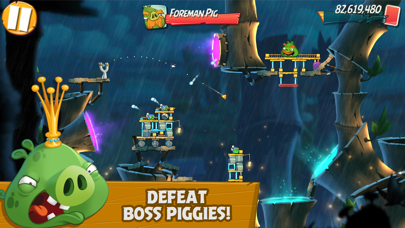 I understand ads between levels. But when it takes 15 seconds before the first “X” is shown, then another 10 seconds before the NEXT “X” is shown, that regardless of how carefully you press the “X” STILL takes you to the Apple Store to download the game so every time an ad is shown for another game it requires several presses and at least 1 or 2 switches between apps, it’s friggin’ ridiculous. Uninstalled.
By nickname-orphan

They ruined a great game

I loved this game until their latest update. They castrated the destructometer. The took one part of the game and completely changed it which was ok, but by doing that they went ahead and altered all the other parts of the game. They made it a lot harder to finish so that you will need to buy gems to complete certain sections of the game. By doing so they are making it impossible to compete against fellow gamers unless you are willing to spend at least $50 a week. Too bad too, I have been playing for 4 years, but will need to find a new game to occupy my down time with.
By SeanHewicker

The game is pretty fun and I am getting better. There are a lot of ads on the game most of which are not terribly annoying. I do resent when an ad fails to go away after the 30 second display. WGT just did this during the Tower of Fortune. I lost the gems spent to get to level and I lost the accumulated rewards. Either fix the app or get rid of the offending ad.
By caocao98

Game starts to load, then crashes halfway through loading.
By nicknane nicname

Could have been the best game ever!!!

The basic premise of this game is to get any money out of you as they could then built a game around it. Don’t trust these people with your money. I even got scammed by one of their advertisers. Not trustworthy!!!
By Gtekillaa1

This game has become the biggest money grab. Levels are supposed to get harder, we get it. But then they get impossible to where it tries to force you to buy gems in order to continue. The piggies have gotten a buff. Meaning when you’ve wrecked the whole room where there would be nothing left standing. You’re left with one stand alone pig that’s side ways with a black eye and a smile. Leonard and Terrance have gotten nerfed. I noticed their damage throughout the levels greatly decreased since I first started. Tower of fortune is 100% rigged. No matter what card you choose, you’ll always get a pig. Hence, another attempt at a money grab to force you in buying gems. Gameplay is good, but gets ruined by the money grabbing scams. The schemes behind it end up ruining the game. Shame.
By Ronnie_Geez

I am very disappointed as I have been a player for years. They are now asking you to submit your age before you enter the game. This just happened a couple of days ago. I feel this is a violation of my privacy. Please remove this question and I will give a better rating. Thank you.
By GeeH.S.