Sundance Now brings you the best in original and exclusive dramas, true crime, political thrillers, and more. We believe in the power of storytelling, and are committed to bringing our members authentic narratives from unexpected global perspectives. Sign up today for unlimited access to thousands of hours of ad-free streaming. Features: • New series and film favorites added weekly • Thousands of hours of exclusive, unmissable TV from the UK, Canada, and Australia • Home to acclaimed Sundance Now Originals and exclusives not found anywhere else. • 7-day free trial. Cancel anytime free of charge or continue for only $6.99/month. • Watch instantly on iOS, Apple TV and anywhere else you can find Sundance Now—all with a single account Please Note: – Payment will be charged to iTunes Account at confirmation of purchase – Subscription automatically renews unless auto-renew is turned off at least 24-hours before the end of the current period – Account will be charged for renewal within 24-hours prior to the end of the current period, and identify the cost of the renewal – Subscriptions may be managed by the user and auto-renewal may be turned off by going to the user's Account Settings after purchase If you are experiencing any issues, Please visit - http://support.sundancenow.com/ Our Privacy policy can be found here - https://www.sundancenow.com/privacy Our Terms of Use can be found here - https://www.sundancenow.com/terms 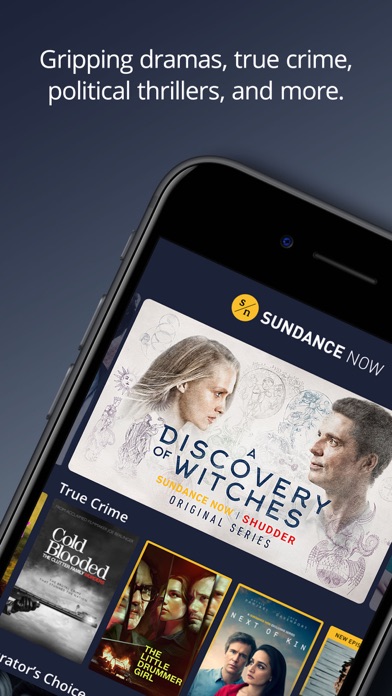 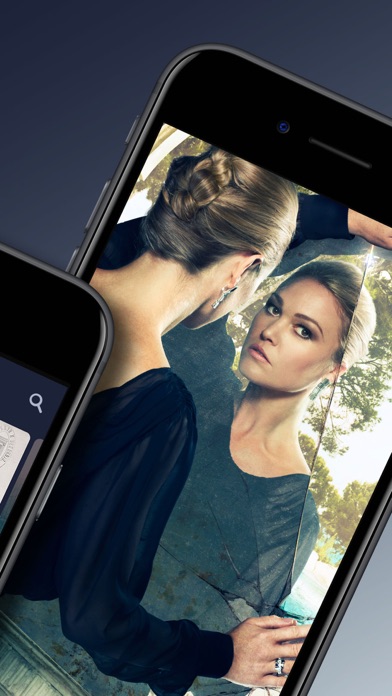 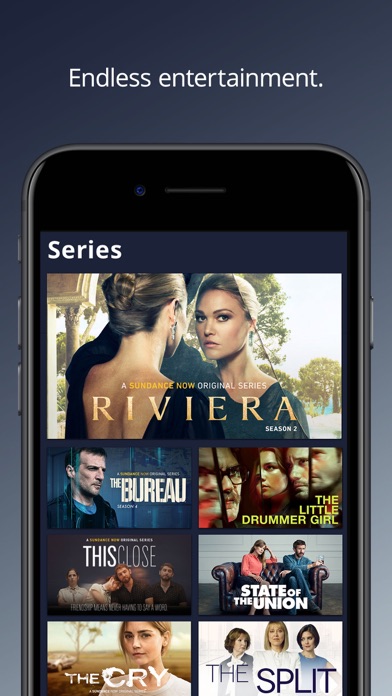 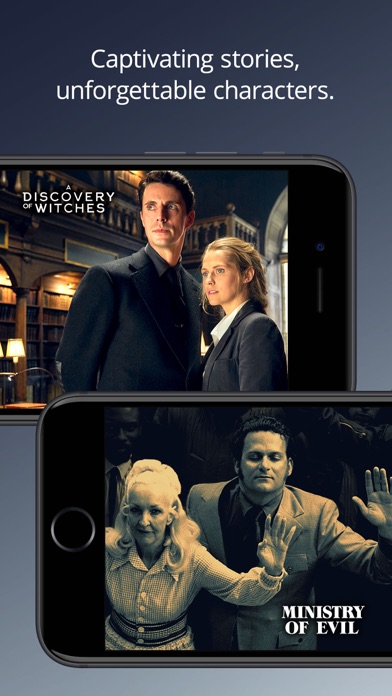 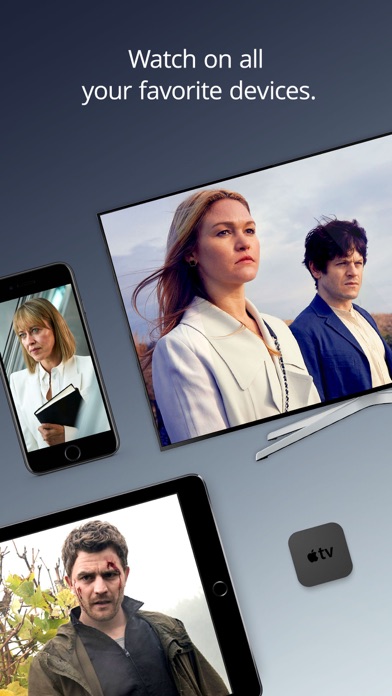 I signed up for their small fee couple month trial, worked for one month and no longer gives me access to shows. What a waste.
By Daemoniaque

1. The app does not indicate which episodes you’ve already watched nor does it pick up where you’ve left off if you don’t finish your episode (once you figure out which episode you last watched, of course). Every episode starts from the beginning 2. There is a bar at the top of the screen that is completely inaccessible. It has fun things like “search” and “account settings” and divides things by film, series, and collection. Swiping up doesn’t get you there so I’m not sure what to do. It’s possible that it is designed for a touch screen, but my TV isn’t a touch screen so I can’t access it. 3. Episodes automatically continue to play until stopped manually. So if you fall asleep, they’ll just play until you wake up or the power goes out. 4. You have to turn on the closed captions for EVERY SINGLE EPISODE. There doesn’t appear to be a universal caption setting (though I admittedly can’t access my setttings, so maybe there is… who knows) Please fix these simple issues! Every other streaming app does this stuff, get with the program! I’ll be canceling at the end of my trial period if it stays like this….
By MadMama74974

Never get to enjoy, always get to pay

Every month I’m charged for this service but I’m never able to access it and reaching support is a Herculean feat I’ve yet to master. It gives me the message that I need to “join” to watch but when I click to join it tells me I’m already subscribed. I’ve already paid for this month but if I can’t get this resolved today, I won’t be paying again.
By Phoenix79(Amber Jones)

as soon as you open the app, it states Sundance requires non personal data to continue. If it’s not personal, why do you need permission????? ALL PERSONS NEED TO BE GIVEN AN OPTION!!!!! DONNOT TRACK MY INFORMATION SUNDANCE!!!!
By caramelgyrl

I selected the free trial option but I couldn't watch anything. I kept getting promoted to select a subscription plan and even when I did select one, the app would keep asking me to select one when I tried to watch something. I spent so much time trying to figure out how to watch something. I was logged in, got a verification email for the free trial and I still couldn’t watch anything
By Roxyg83

Signed up for the free trial and spent the rest of the night trying to get it to let me watch anything. Every time it just keeps asking you to subscribe and you can’t watch. Waste of time.
By JDN15057

Doesn’t work on app OR Roku

Subscription doesn’t matter. Most titles won’t play and will instead pop up asking you to start a free trial! Opened a ticket but I see reviews here describing my issue have gone unanswered going back YEARS. Won’t hold my breath.
By Stheavy Bailey

Never worked on iPhone or iPad

I downloaded it, paid for the subscription and it never recognized I had subscription. Kept asking me to sign up even though I could see the money withdrawn. It’s a junk app.
By mom the entertainer