Sleep trouble? Sleep better with Pillow, your smart sleep assistant. Pillow can analyze your sleep cycles automatically using your Apple Watch, or you can use Pillow without an Apple Watch by placing your iPhone or iPad on the mattress near your pillow. Use Pillow as a smart alarm clock to wake up at the lightest possible sleep stage and start your day refreshed and relaxed. Record important audio events such as snoring, sleep apnea, and sleep talking. Explore trends about your sleep and compare your sleep quality with many Apple Health metrics that affect sleep. As seen on: The New York Times, Forbes, The Guardian, BuzzFeed, The Washington Post, TechCrunch, MacStories, Daily Mail, and many more. Rated as one of the best sleep tracking apps for the Apple Watch and iPhone. Join the millions that have discovered the life-changing benefits of great sleep! TRACK YOUR SLEEP AUTOMATICALLY - Simply wear your Apple Watch during sleep. Pillow will automatically detect and analyze your sleep. - View last night's report right on your Apple Watch, along with the heart rate analysis for the night. - Switch between manual and automatic mode anytime. SLEEP CYCLE & HEART RATE ANALYSIS - Advanced sleep cycle analysis algorithm based on the latest scientific findings in sleep research. - Detailed heart rate analysis - Detailed sleep stage diagram (Awake, REM, Light Sleep, Deep Sleep) and sleep score. - Pillow updates Apple Health's Sleep category - iOS 14 Widgets to view your sleep report AUDIO RECORDINGS* - Snoring, sleep apnea, sleep talking - Play, export, or delete audio recordings. *Not available in automatic sleep tracking mode. OPTIMAL BEDTIME - Analyze your sleep cycles and find the best time to fall asleep. PERSONALISED INSIGHTS & SLEEP TIPS - Discover your sleep profile - Regularly updated sleep tips SLEEP TRENDS - Explore your sleep history with Week, Month, Year, and All Time overviews. - Compare your sleep quality with many Apple Health categories that affect sleep. BACKUP & SYNCHRONIZE - Synchronize and backup your sleep data and audio recordings between your devices. ALARM PRESETS & NAPS - Powernap, recovery, and full-cycle nap - Customisable alarm presets MOOD & NOTES - Track your mood when you wake up - Discover how your notes affect your sleep quality SLEEP AID MELODIES AND WAKE UP SOUNDS - Wake up sounds - Use a track from Apple Music or iTunes as an alarm. - Sleep aid music, soundscapes, stories, meditations. - Siri Wind Down support PREMIUM FEATURES: - Unlimited sleep history & analysis - Sleep trends - Sleep notes - Heart rate analysis - Sound recordings - Nap modes & Customisable presets - Full access to all Sleep aid content - Access all wake-up melodies - Sleep tips & Personalised insights - Compare your sleep quality with Apple Health metrics - Wake-up melodies from your iTunes library or Apple Music - Data export in CSV format Learn more at https://pillow.app SUBSCRIPTION INFORMATION Your payment will be charged to your iTunes Account as soon as you confirm your purchase. You can manage your subscriptions and turn off auto-renewal from your Account Settings after the purchase. If you start a free trial, you will be charged automatically at the end of the trial period unless you cancel 24 hours before the expiration period. Your subscription will renew automatically unless you turn off auto-renew at least 24 hours before the end of the current period. The renewal cost will be charged to your account within 24 hours before the end of the current period. When canceling a subscription, your subscription will stay active until the end of the period. Auto-renewal will be disabled, but the existing subscription will not be refunded. If offered, any unused portion of a free trial period will be forfeited when purchasing a subscription. Terms & Privacy Policy: https://pillow.app/pillow-privacy-policy-en 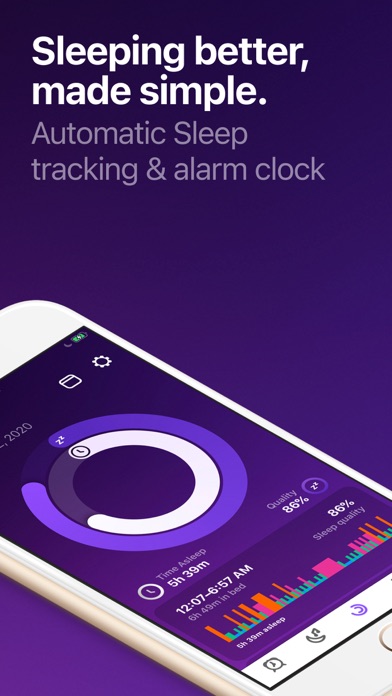 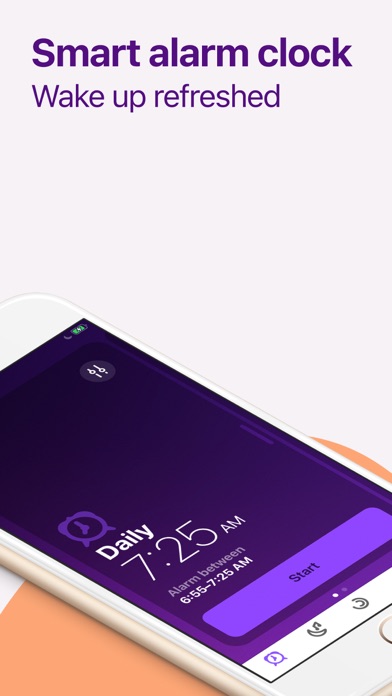 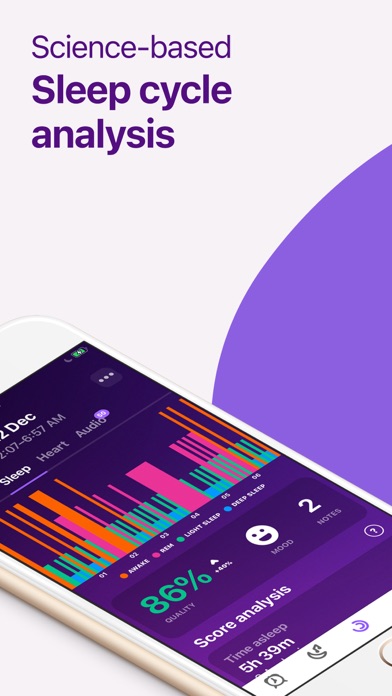 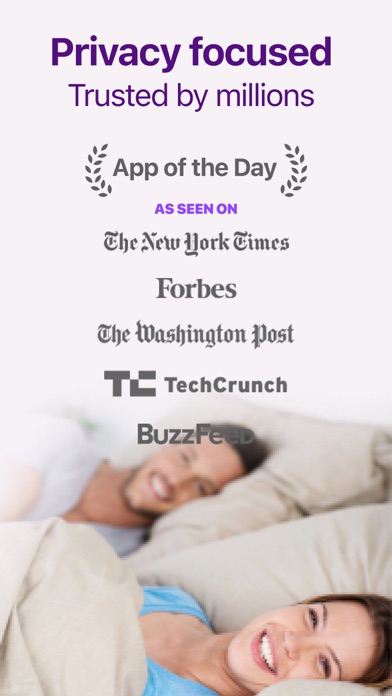 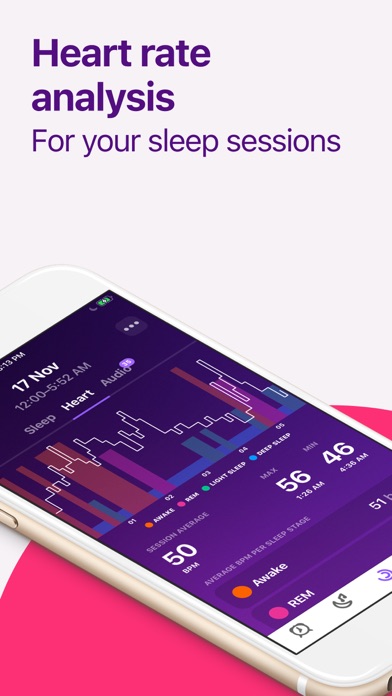 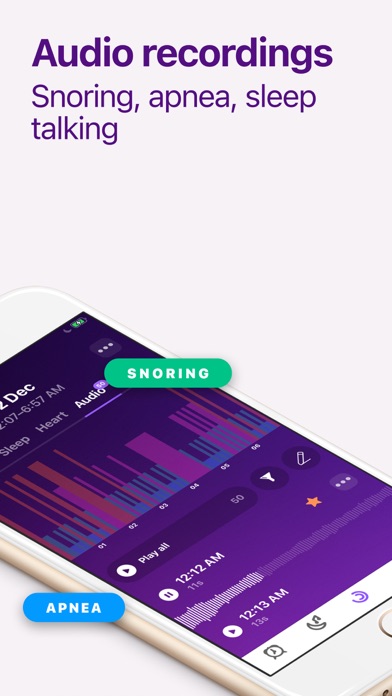 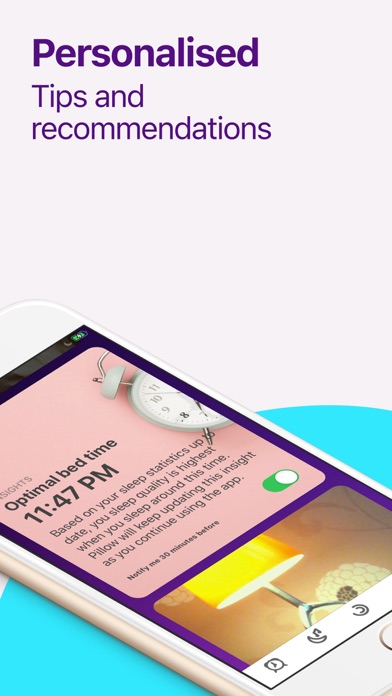 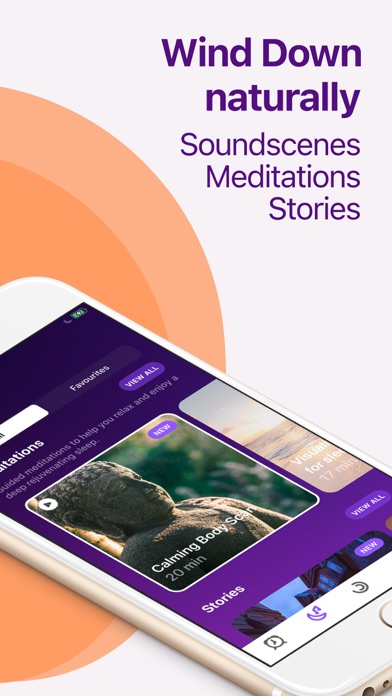 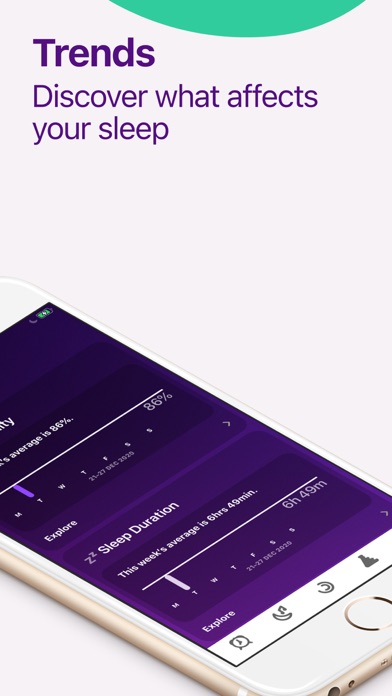 It was my fav

It was the best but all of a sudden it’s not working it’s not recording my sleep. It records mayne half of it. What’s going on? I paid for this app. Annoying!
By Andreahampton210

I used the app a while ago and it worked fine, but now it won’t connect to my watch so I have to only use the phone. The app also won’t play any audio recordings. It needs some tech work for sure!
By pillow app 1

I’ve been using this app to track my sleep for over 6 months now. About 2 months ago, it started miscalculating the time I went to sleep, by about 1-2hours. As of this past weekend, it no longer tracks my sleep at all. I reconfigured the auto settings, still zero data being recorded.
By darlingnikki113

It’s pretty crappy that you have the option to subscribe and get all or just don’t subscribe, with nothing in between. I hate the fact that I am paying for all these sounds and stuff that I can’t even fall asleep to. I’m legally deaf, and don’t want to keep my hearing aids in at night to listen to something that won’t sound the same to me anyways as it sounds to people not hard of hearing. it’s almost like a punishment, but why? I want to support the parts of the app that I actually use, but not just hand out money. Isn’t that what the free market is? We consumers are supposed to be able to vote with our money but pillow doesn’t give us that option, so they don’t even know if people want their sounds as they don’t let it’s users choose to subscribe to a model that gives sounds vs another model that doesn’t. Just something to think about.
By techaesthetic

It tracks sleep while the watch is charging

There is an annoying bug where the app detects sleep while my watch is charging, then it gives a pretty inaccurate sleep analysis after that, including very elevated heart rate. When I’m not even using the watch.
By solido1983

It doesn’t do anything useful (monitor sleep quality, heart rate, ect...) unless you pay for it, what’s the point(??) don’t waste your time, find a better app.
By ODUBB

I use this app every night. At first it seemed to record my sleep cycles very well. After a while, though, I have to reset training for the A.I. because it consistently records that I’m in deep sleep during times when I’m in bed and still wide awake. There’s no way to edit this mistake either. This is a major flaw, as it makes me question the accuracy of the other sleep stages in my sleep cycle. I pay for the premium version, and am very disappointed that that’s the best they can do for Premium. I do enjoy that it records sounds while I’m sleeping, as it’s rather humorous to listen to the audio when I’m talking in my sleep. Overall,, though, I’ll soon be on the lookout for a different sleep app, as my doc wants me to monitor my sleep, and I need better accuracy.
By daisynjoey123

Update 5.14.21: Pillow has added sleep aid sound recordings. This is a great idea, but the user interface is terrible. If you want to hear something from a different app you have to actually go into settings (while you’re trying to relax) and guess at what switch needs to go off to make the pillow recording stop cutting off the recording that was chosen from the other app. A separate trip to settings is required to remove the pillow recording so it doesn’t appear at the start of every session. At first, I was ready to switch to a different sleep tracker app. But when I reached out to Pillow for help, the response time was almost immediate, and also thorough. I still don’t like the interface; but having live support on a moment’s notice is impressive. I’ll stick with it. Original review: Is helpful to see how little REM I apparently get. I assume that's why my sleep scores have been so low during the year I've been using the app; it's hard to get out of the low 70%s. This is probably better than another app I tried, which based rating entirely on duration of sleep. Still, I'm clueless about why I've gotten some of the scores I've gotten. All I can find in the "help" section is a generic statement that often doesn't seem to relate to the score for my sleep: "the generally accepted optimal values for sleep each stage are 5% Awake, 25% REM, 35% deep, and 35% percent light sleep for an adult, although these may vary from person to person depending on sex, age, weight, health condition, sleep environment etc."
By pkstill