Sleep trouble? Sleep better with Pillow, your smart sleep assistant. Pillow can analyze your sleep cycles automatically using your Apple Watch, or you can use Pillow without an Apple Watch by placing your iPhone or iPad on the mattress near your pillow. Use Pillow’s as a smart alarm clock to wake up at the lightest possible sleep stage and start your day refreshed and relaxed. Record important audio events such as snoring, sleep apnea and sleep talking. Explore trends about your sleep and compare your sleep quality with ten Apple Health metrics that affect sleep. Pillow has been featured multiple times on the press: The New York Times, Forbes, The Guardian, BuzzFeed, The Washington Post, TechCrunch, MacStories and has been rated by many as one of the best sleep tracking app for the Apple Watch and iPhone. Join the millions that have discovered the life-changing benefits of great sleep! Key features: TRACK YOUR SLEEP AUTOMATICALLY - Just wear your Apple Watch during sleep. Pillow will automatically detect and analyze your sleep - View last night’s report right on your Apple Watch, along with the heart rate analysis for the night - Switch between manual and automatic mode anytime. SLEEP & HEART RATE ANALYSIS - View your heart rate graph overlaid on top of your sleep analysis graph and - Advanced sleep analysis algorithm, based on the latest scientific findings in sleep research. - Sleep stage diagram (Awake, REM, Light Sleep, Deep Sleep) and sleep session trends. - Heart rate analysis requires Apple Watch) COMPARE YOUR SLEEP QUALITY WITH APPLE HEALTH - Pillow updates Apple Health’s Sleep category automatically - Compare your sleep quality with many Apple Health categories that affect sleep. LISTEN TO IMPORTANT AUDIO EVENTS DURING SLEEP - Records sounds during your sleep - Play, export or delete any audio recording. - Smart audio recording algorithm discards noise. *This feature is not available in automatic sleep tracking mode. SNOOZE LAB - Personalized experiments & recommendations. - Regularly updated with the latest scientific research and sleep-related facts. - Pillow analyzes your sleep cycles and suggests the best time to go to bed. DETAILED SLEEP HISTORY AND SLEEP TRENDS - Explore your sleep history with Week, Month, Year and All Time overviews. BACKUP AND SYNCHRONIZE - Synchronize and backup your sleep data and audio recordings between your devices. 3 NAP MODES - Powernap, recovery and full cycle nap MOOD REPORTING & SLEEP NOTES - Track your mood when you wake up - Add your notes to every sleep session and discover how they affect your sleep quality SLEEP AID MELODIES AND WAKE UP SOUNDS - Carefully selected wake up sounds - Select any song from your iTunes library to use as an alarm. - Sleep aid melodies and soundscapes. PREMIUM FEATURES: - Unlimited sleep history - Sleep trends - Sleep notes - Heart rate analysis - Listen to your sound recordings - 3 napmodes - Access to all wake-up melodies & sleep aid sounds - Snooze lab: Personalised sleep tips - Compare your sleep quality with Apple Health metrics - Wakeup melodies from your iTunes library - Runkeeper integration - Database export in CSV format Subscription information Your payment will be charged to your iTunes Account as soon as you confirm your purchase. You can manage your subscriptions and turn off auto-renewal from your Account Settings after the purchase. Your subscription will renew automatically, unless you turn off auto-renew at least 24 hours before the end of the current period. The cost of renewal will be charged to your account in the 24 hours prior to the end of the current period. When canceling a subscription, your subscription will stay active until the end of the period. Auto-renewal will be disabled, but the current subscription will not be refunded. Any unused portion of a free trial period, if offered, will be forfeited when purchasing a subscription. Terms & Privacy Policy: https://neybox.com/pillow-privacy-policy-en 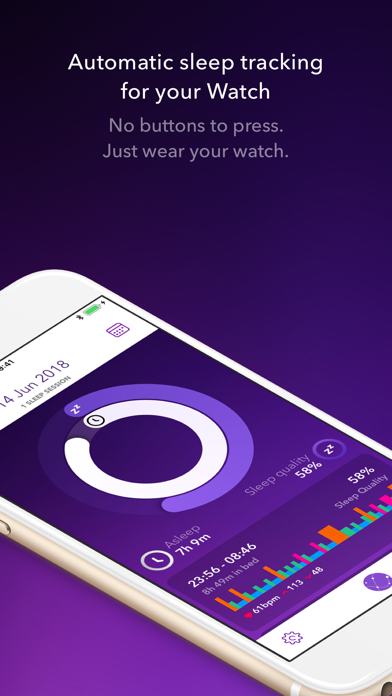 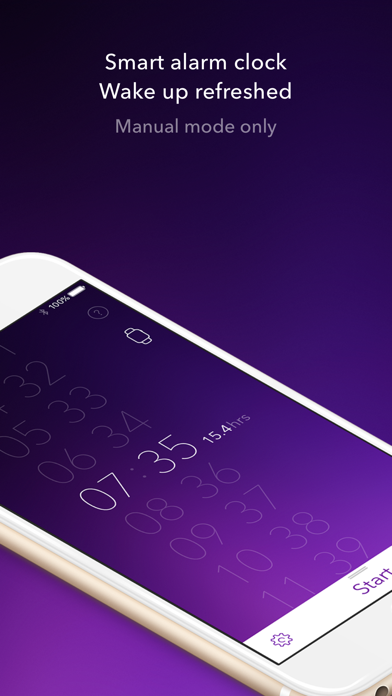 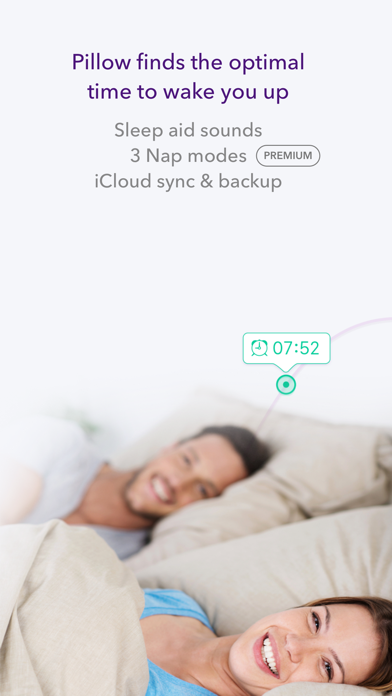 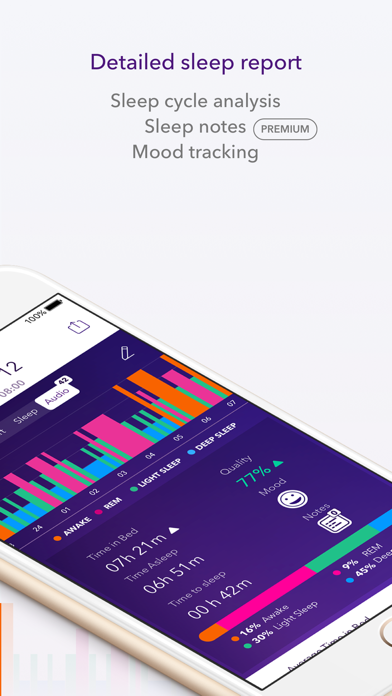 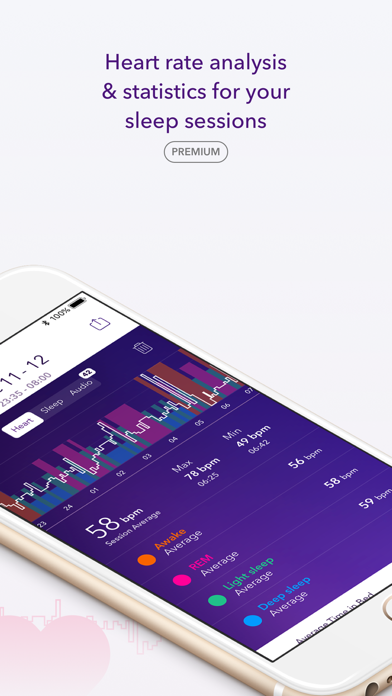 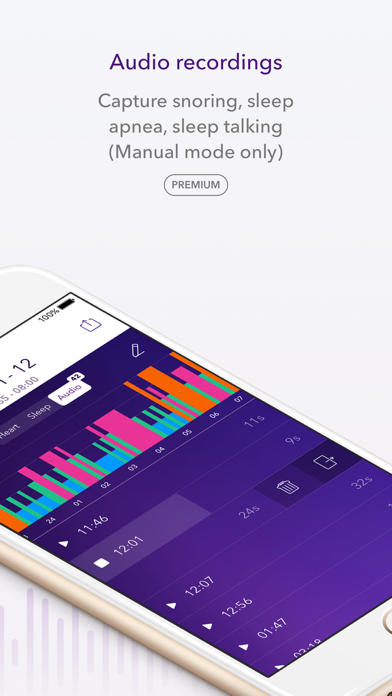 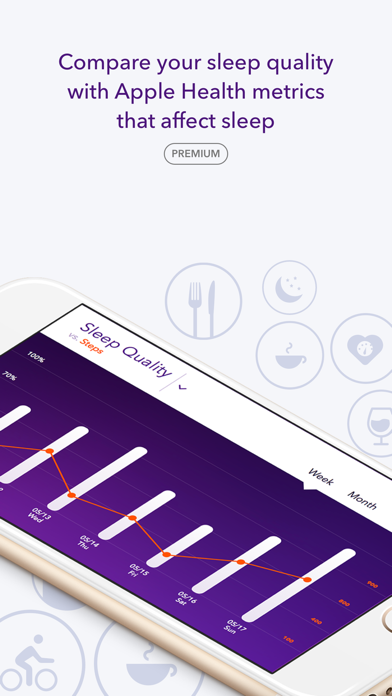 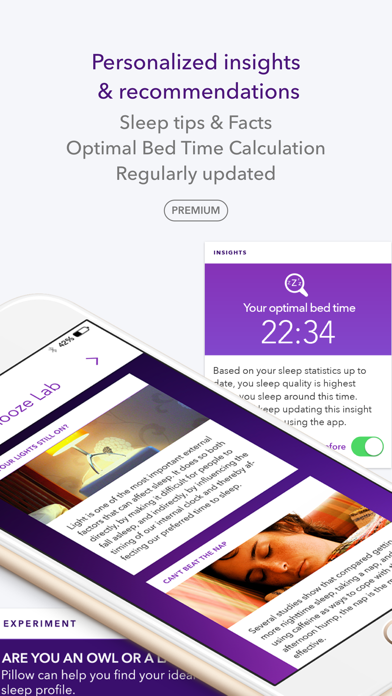 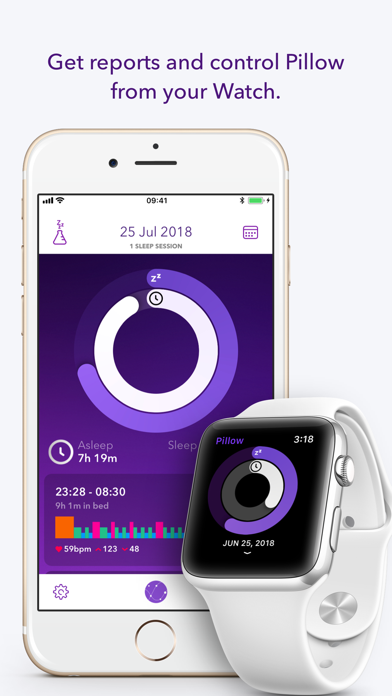 For several years this was my very favorite app tied to my Apple Watch. I urged people to use it and really enjoyed so many features. Every update seemed to make is worse. The snooze function didn’t work for a long time, now is better, but is so glitchy. Used to be able to start from watch or phone - now has to be by watch. I change the alarm time on the phone and used always immediately correspond ont he watch, now about half the time it doesn’t change on the watch or goes to some other unselected time. Have to change it several times to make it stick. Used to always immediately update phone with sleep stats once its “woke” and now doesn’t update phone unless I close the app and restart in on my phone. Last few months my sleep stats are abruptly and drastically different (much worse) than years previous. While its possible that my sleep has deteriorated (even pre-COVID) - I don’t have any trust in the data any more given all the issues.
By CopyKopy

Useless without an Apple Watch

Paid for the full version and have been pretty disappointed for over a year now. Horrible AI to understand when you are awake vs asleep. I can imagine that it’s determination between light sleep and deep sleep is little more than a guess. You can get HR data into the app from any smart watch that connects to Apple Health (my garmin works fine -fitbits don’t allow this) but I don’t see any changes in its sleep stage timeline from before HR is included in its data. Not worth the paid version in my opinion.
By Beast#4

There’s this weird bug that happens when you leave the app while it’s on, or even when you lock your phone while it’s on. Fix it! Please! I’d like to use it without leaving my phone on all night.
By 1megabuster

I have been using this app for years now. I love it but recently it has totally stopped recording my sleep. The audio which I would love to use has absolutely never worked. So, I would say this app is worth it when it is working.
By Nanner123

I’ve tried this app for a couple nights now. Not one single bit of data was collected. I wore my watch both nights and tried automatic mode and also tried entering in my Sleep start. Still Nothing. I went through the entire set up again to make sure I allowed all Permissions, still nothing. The interface also takes a minute to figure out. Cancelled my subscription and will continue to look for a better sleep tracker. I really wanted this one to work but unfortunately it didn’t.
By RRRRachael

Not very accurate and the free version very restricted: expensive otherwise.
By BitBytr

Tried it, liked it, paid for the upgrade and all of a sudden it stopped recording and would get stuck on screens. Like the watch and phone were not syncing. After a week canceled the subscription .. what a waste.
By Bobbi****b

Lousy app. To view history you have to pay. Other apps are not similar and record sleep much more accurately such as sleep++. I have had a fit bit and the the sleep++ that record my sleep pretty close to each other while pillow was way off in comparison. I saw no value in paying for what is free.
By Jamescpa

Automatic mode doesn’t work, and “smart” alarm not smart at all

The cool thing about this app is it lets you see your sleep phases and how long it took you to sleep. But besides that, lots of the key features don’t work. I tried the automatic mode a few times and not on a single day did it work. It thinks I didn’t sleep at all. The smart alarm either wakes you up AT the time you set it, or wakes you up 30 minutes before you want it to! 30 minutes is so important to my sleep and I don’t want anything, especially a app designed for sleeping, to take that much time away. Also when the alarm goes off it’s super hard to turn off. I had to turn off on my watch, go to my phone because it’s also ringing, then turn it off on my watch again. The UI is not very clear on Apple Watch. It’s not obvious what the time you set means and even what “start” means.
By cloveralrn