*** Most downloaded Contraction Timer app in the world! Number 1 in the USA, UK, Australia, Canada, Italy and elsewhere! *** This is the simplest-to-use contraction timer. The app will help to track your contractions and determine when it's time to go to the hospital. If you plan on having a home birth, the app will tell you what stage of labor you are in at any given moment. Keep track of your labor by tapping a single button at the start and at the end of each contraction. The Contraction Timer analyzes the duration and frequency of contractions and will notify you when it's time to go to the hospital. Thousands of pregnant women around the world have become mothers using our app. Always consult your doctor to orient yourself in terms of contraction frequency and duration. This app is not a medical device and our recomendations are based on standard indicators. Your labor may occur differently. Therefore, do not rely exclusively on our app. If the duration and frequency of contractions do not yet correspond to the necessary indicators but labor pains become unbearable, it is better to go to the hospital as soon as possible rather than give birth at home or on the way there. Trust what your body is telling you. If you have any questions or suggestions, please email us at neumandev@gmail.com. Your feedback is very important to us. 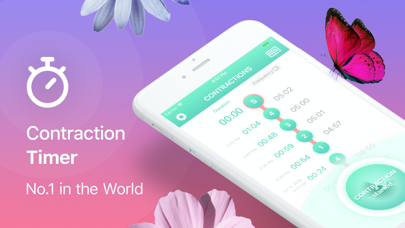 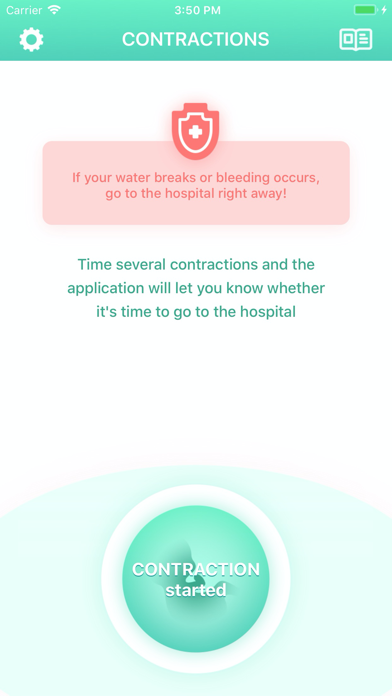 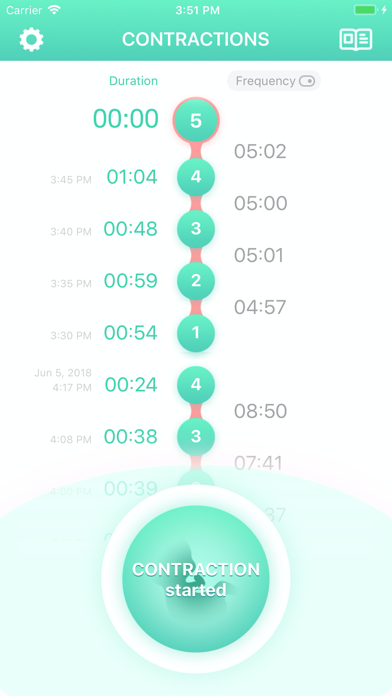 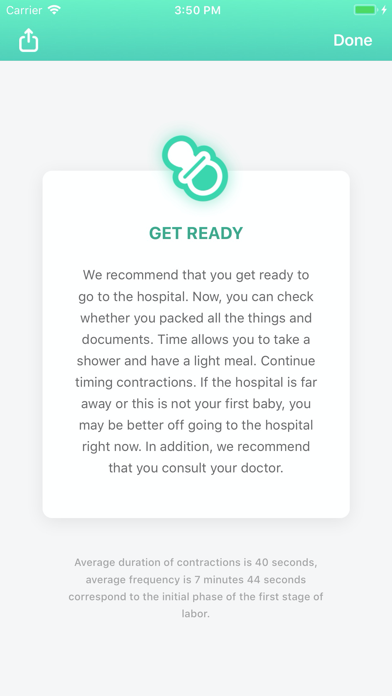 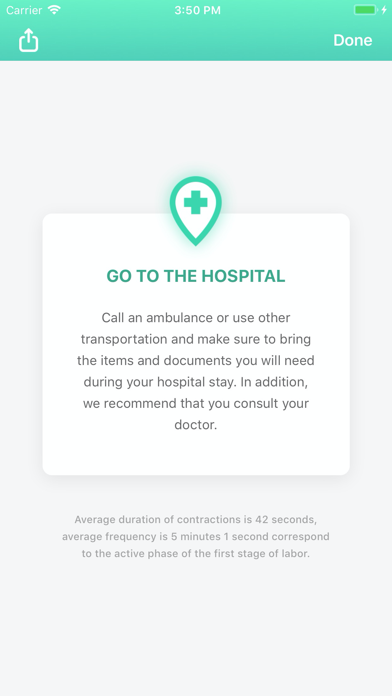 Simple and easy to use

Found the simplicity really useful when my contractions started. I would just recommend to developers to work on the algorithm (or remove the feature) where the app tells you if you’re having real or Braxton hicks contractions. I kept getting notified that I was having Braxton hicks when I was definitely, definitely having real contractions. For most women, contractions aren’t so exactly consistently spaced out so I suspect it’s an overly sensitive algorithm or something. Otherwise, really liked the app and would recommend! Anyway best thing to do is call the hospital to know when to go in rather than rely on any app for that info.
By Ahsjishxjsbdjdjs

Asks for feedback too soon

Just wish it wouldn’t ask me to rate the app in the middle of contractions.
By ma20thhhhhh

So much better than anything else. Thanks!!
By Shaynawach

I timed my contractions for four hours and this app was FREE and let me know when to go to the hospital… had my baby that night!
By candiapalonia

Be sure to test drive using the contraction counter before you go into labor. Thank he rating query could annoyingly pop up during a critical life moment. Otherwise I think the app did its job.
By Ekibe

We started having contractions at 10:30 PM. After a few we downloaded this app among others. After a few entries it told us to get ready for the hospital (if this was the second pregnancy). GOOD THING WE DID. We left when it told us to and my wife was already 10cm dilated on arrival. She gave birth within 15 minutes of arriving!! Great app!
By Shovaly

Go getter you!
By Meamea64

Pretty good app! Wish there was a way to add/edit

I really do like this app. It’s simple, straightforward, nice looking. The only thing it’s missing that would make paying for it completely worth it is the ability to add data and make it easier to edit. I have missed a few where I’ve been away from my phone and there isn’t a way to add in a contraction after the fact. This skews the data and makes it less accurate.
By SuzieDerpkins

can’t delete unless you pay

paid but. not thrilled about the ad getting in the way
By Madelineshiell

Coloring for Kids with Koala