This season, there's a new NFL team competing for a chance in the Super Bowl — yours! With NFL Fantasy, the official fantasy football game of the NFL, you're in control of your very own NFL team. Are you ready to build the next football dynasty? Start your season by drafting a roster of real NFL players to join your team. Then, prepare for a new head-to-head matchup every week by setting your lineup and tuning in to NFL games to watch your player's action on the field turn into fantasy points for your team. In a work league with a real hotshot? NFL Fantasy comes equipped with the tools you need to make it to the top, including NFL Fantasy-exclusive features like Next Gen Stats and all-new player comparison tools. Looking to be the next Commissioner? Start your very own league and customize the rules however you want. Invite friends and family to compete with you and start your own football tradition. Get closer to the game than ever before with the official fantasy football game of the NFL. Always 100% free. There’s a lot to look forward to in 2020: + Our brand-new draft client makes drafting easy and fun. + Track your fantasy scores while streaming the NFL Network and live local and primetime games. It's the ultimate fantasy game day experience.* + Fantasy Stories - See a ring around a player’s headshot? Click to watch exclusive player analysis, news, and sideline footage. + Use Compare Players to quickly find the best player for your roster. + Waiver Report - learn the outcome of all of your waiver claims. + A weekly Matchup Recap gives you a customized report of your and your opponent's performance. + Celebrate your league's history and achievements in Hall of Fame. Plus, all of the fantasy football features you expect from the NFL: + Create a league in minutes to start your own fantasy football tradition, or compete against other NFL fans in a public league. + Draft players live in-app. + Perfect your draft strategy by participating in a Mock Draft. + The NFL Fantasy-exclusive Optimize Lineup feature makes fantasy football approachable for players of all skill levels. + Best in class Player Profiles include all of the data and expert analysis fans need to make informed roster decisions, including NFL Fantasy-exclusive features like Next Gen Stats and game video recaps. + Catch up with official stats, news, and injury updates direct from NFL experts. + The same great features and design on your iPhone and your iPad. …and more! *Geographic and device restrictions apply. Local & primetime games only. Data charges may apply. Privacy Policy: https://www.nfl.com/help/privacy Terms and Conditions: https://www.nfl.com/help/terms This app features Nielsen’s proprietary measurement software which contributes to market research, like Nielsen’s TV Ratings. Please see http://priv-policy.imrworldwide.com/priv/mobile/us/en/optout.html for more information. 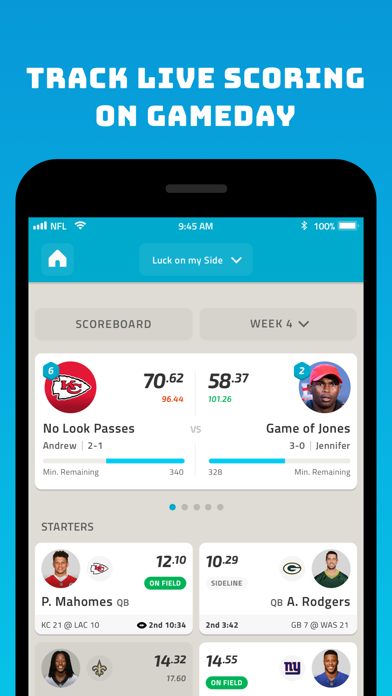 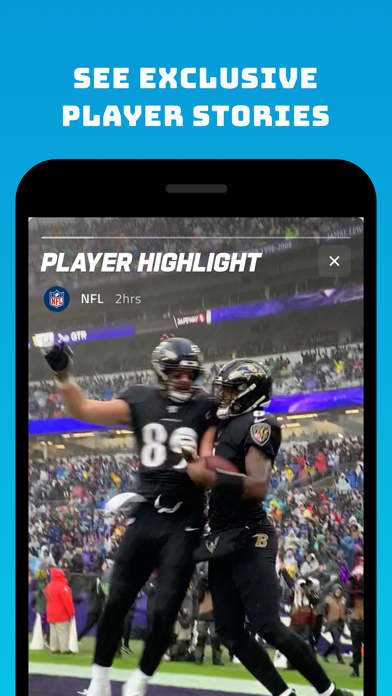 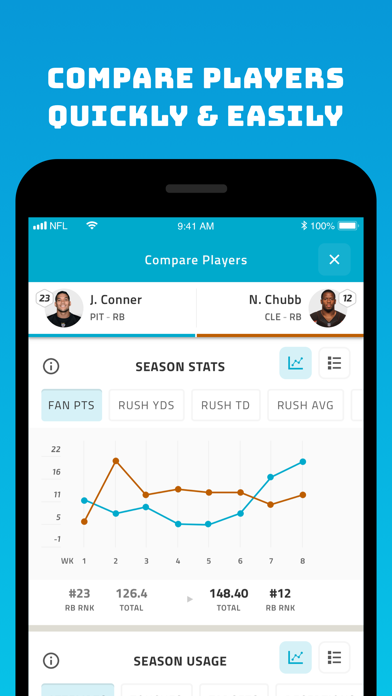 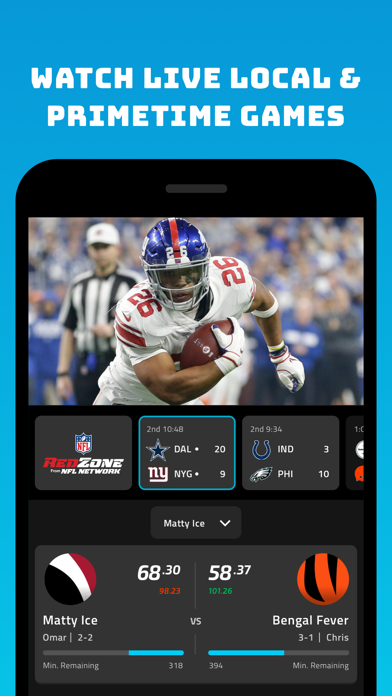 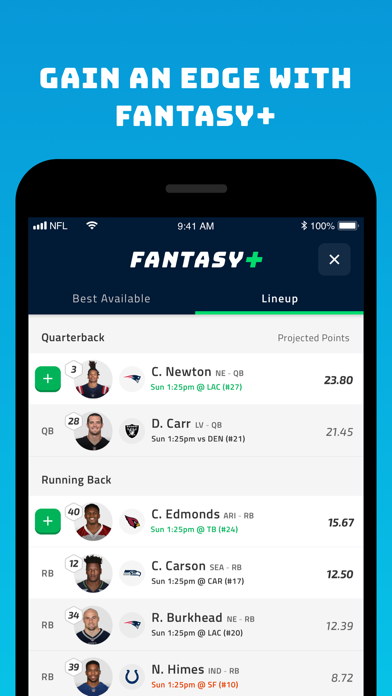 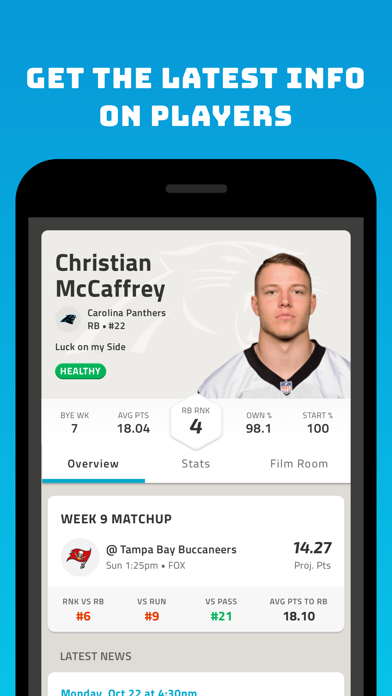 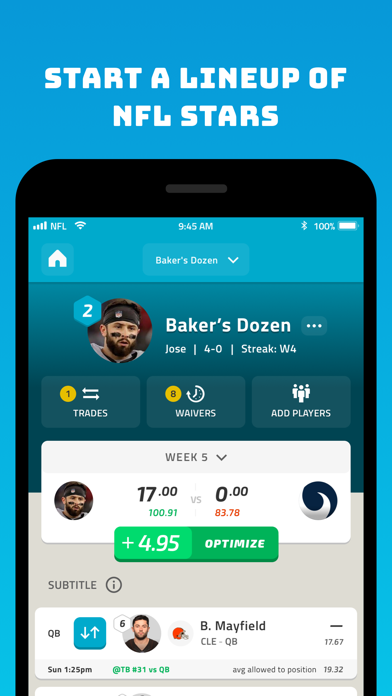 The new widget doesn’t work says “the data couldn’t be read because it is missing”. Also, please consider a dark mode option for the app like the one that shows when you click the watch a game button in top right. This would be a great option app wide.
By Jhoff1728

The web version lets you do 10x more things.
By Your Boi Derek

2 stars may be harsh, because I do love the improvements to the overall format that they are making. However I stick by the 2 for reasons such as slow player-team assignments (Such as Lamar Miller-10/26, he’s been with Chicago all of October, but is still a “free agent”.) But mostly for the mock draft format. And if developers actually read this please hear me out: quit having auto draft Defenses and Kickers and scrub TEs and QBs get auto drafted before the bench players. PLEASE fix this. It is a blatant issue with mock draft that if fixed would instantly make this my favorite mock site. I’ve been begging for this for years. 2 stars for 2 major flaws. That being said my league is in year 11 here and I look forward to the continued progression of the format. 🥁SKOL👏
By Daenerys21

Search function does not work after the update

Search function does not work after the update
By Angryatfavor

The app is unorganized, and it’s perpetually laggy and glitchy. The app often freezes for seconds at a time. Very hard to navigate as well. The old app was so much better and more functional
By jordan1758

Worst than Yahoo (the best) and ESPN (second best). User interface is terrible. App is ugly. Too many ads. Also, key point: You cant play your “Out” players in the IR spot. You can on ESPN and Yahoo. Deleted app.
By Barcle101

Can’t believe how bad this app has gotten. Super laggy, scores are constantly in accurate , constantly have to close it and reopen it to get it to unfreeze
By kllltofu