Go for a fun-filled drive with Jinja the cat. Pick a destination, select a vehicle and hit the road. What will Jinja drive today? Choose a sporty racing car, a jumpy jeep or a funny pickle car! Stop along the way to wash and fuel up. When the drive is done, a happy welcome is waiting for you! Playful and friendly, Sago Mini Road Trip puts kids in the driver’s seat. With super easy controls, young kids will love zipping along the road. Part of the award-winning suite of Sago Mini apps, this app will make you laugh out loud. Features • More than ten vehicles, from racing cars to a shoe-mobile • Six destinations from magical mountains to the big city • No rules or time pressures. Explore at your own pace • Perfect to bring along on your own road trips • Great for toddlers and preschoolers, ages 2-5 • No in-app purchases or third-party advertising, so you and your child are free to discover without interruptions! Sago Mini is an award-winning company devoted to play. We make apps and toys for preschoolers worldwide. Toys that seed imagination and grow wonder. We bring thoughtful design to life. For kids. For parents. For giggles. 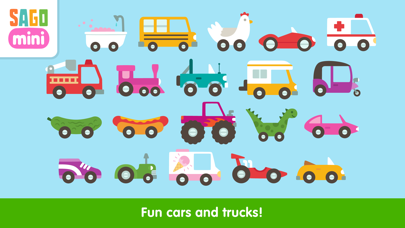 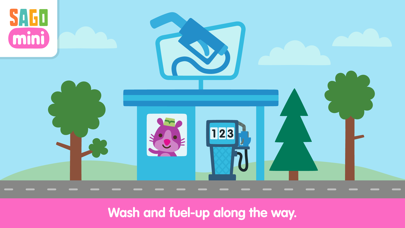 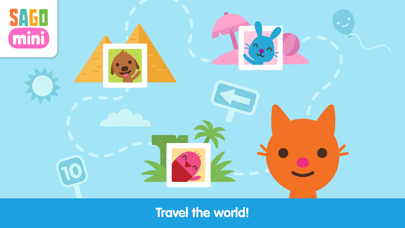 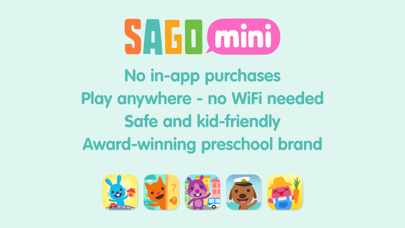 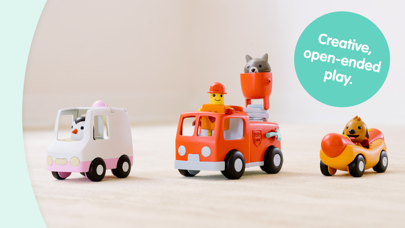 This app is cool but has a problem

I love sago mini! It’s very cute and the music is fun! But there is a problem. The problem is that the game used to have sound in it, but there is now just music. Please help fix this and put sound back
By Paw Patrol Skye

When I was little I ALWAYS played this and my lil sister love it to! I might not play it anymore but it brings back memory's!
By coolnoobv

I hate this game

I love it! Can you just update it more ? Like add new places, new cars, items, clothing, And not only be the cat but also be foxes,wolves,tigers,ETC. And places besides car wash and gas. Like food places, rest stops, and the gas station have like that inside part with food and whatever, it would be awesome to add that stuff, also police, signs like yeld, stop, keep left,ETC. That’d be awesome! I’m a bored ten year old like others on here, but I haven’t played this game in years! Well I’m actually 9 but almost ten.. i also know how to program which is insanely complex for my age.. but those changes would be awesome!
By SuperGirl280

I have had this app for a while now, and my kids love it! They are constantly entertained by the silly cars and the obstacles on the road. (They like to just plow over anything in their way.) Whenever they are bored, I hand them the iPad and the whining immediately stops. This app deserves 5 stars for sure!
By Milk and cookies101

I had an old iPad 2 that I put in a foam rubber case and passed down to my son when he was old enough to walk. At just one year old he was able to touch the screen and interact with the little cat. At two he was able to unlock the iPad and open this game by himself and after being shown how to pack the suitcase and pick a destination, his eyes lit up when he saw that the cat could drive in a monster truck! To those parents who might be concerned that this game is not educational let me offer some facts about this game. It’s a virtual world which simulates physics. Kids can play and experiment with gravity, inertia, acceleration, deceleration, and more without ever being told what they are. Through experimentation in a safe and fun environment like this road trip app, kids can actually learn without being taught. This is a radical concept to some people but it’s becoming more common. Learning through experimentation is one of the best ways to learn. Now, certainly this does not take the place of actual real-world physics but it can stimulate kids and open the door to teachable moments when a child’s mind is primed to learn and will be excited to see how the in-game physics work just like those in the real world. I think this game teaches more than just physics, however. It encourages exploration and experimentation. There are lots of hidden treasures throughout the world. Balloons which pop, interactive animals, and even stations where you can pretend to fill the vehicle with fuel or wash the car. I recommend this game to every parent with young children just learning to use an iPad. I would say it’s probably too small for kids on a screen the size of an iPhone.
By Amerist

OK, for one thing, this is for kids of all ages. I'm 10 years old, and I love it. But there is one thing… I just wish you could design a car. Like, you could press a button and you could draw a car and the app would add wheels. Otherwise the app is great! Keep making awesome apps!
By MOANA!!!