With the largest Asian singles community in the world, Tantan is the #1 network to meet, chat, and date Asians or Asian Americans. If you can't meet someone you like because of the busy work and limited social circle, just use Tantan to explore. The most trendy way to meet new friends instantly. Find the ones you like quickly! If you both like each other, you will match instantly to start an instant chat to get to know each other. If you don't get a match right away, don't be discouraged, there are plenty of beautiful and interesting single Asian on Tantan waiting to match with you. Your special someone is just one step away! [Product Features] Well matched. No harassment. The choice is yours. - Live chat. Efficient match. Instant reply from the ones you like. - On Tantan, your matched lover is just one swipe away, or maybe your destined soulmate! [VIP Membership Service Description] Purchase VIP Membership and enjoy a better swiping and matching experience: 1. User name highlight & exclusive badge to help you stand out from the rest! 2. 5 Super Likes per day, dramatically increase your match rate by 5 times! 3. Unlimited Rewinds. Accidentally swiped left on that special someone? Go back as far as you like so you never miss your chance again! 4. Location Change. Curious what's out there? Explore on single Asians around the world! 5. Unlimited Likes. Find your match and get hit on as many people as you like every day! These 5 privileges will bring you a much better dating app experience while dramatically improving your match rate! If you choose to purchase VIP membership, the subscription fee would be paid via iTunes account. The system would renew the subscription and deduct the corresponding fee automatically by the subscription type in the 24-hour window before the subscription expires. If you want to turn off the automatic renewal after purchase, please go to iTunes Settings to turn it off. Currently, the price of VIP membership starts from $1.99 USD / 1 month. Pricing may differ in different regions. If you do not purchase VIP membership, you can still use Tantan for free. Tantan VIP Membership Service Agreement http://lp.tantanapp.com/ios_play/?id=13 Tantan VIP Membership Automatic Renewal Service Agreement http://lp.tantanapp.com/ios_play/?id=13 All personal data is handled under the terms and conditions of Tantan's privacy policy. More details can be found here: http://lp.tantanapp.com/ios_play/?id=12 http://lp.tantanapp.com/ios_play/?id=17 For any questions, please feel free to contact us at E-mail: intl-support@hellogroup.com Follow Us Facebook: @tantanapp Instagram: @tantanapp 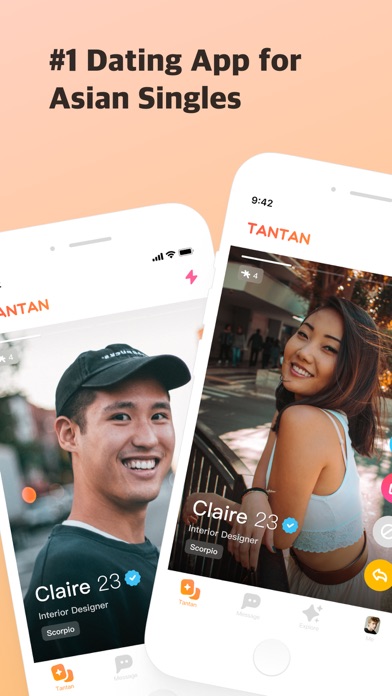 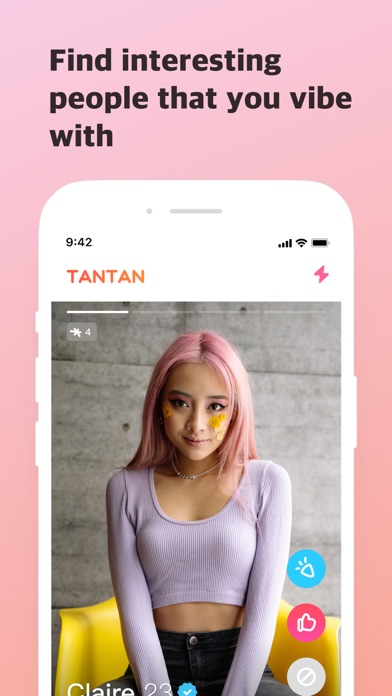 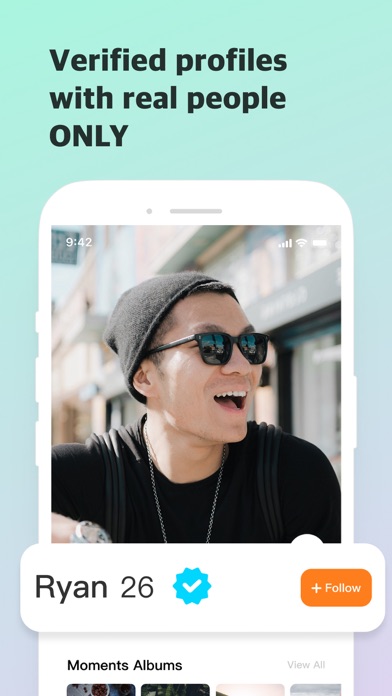 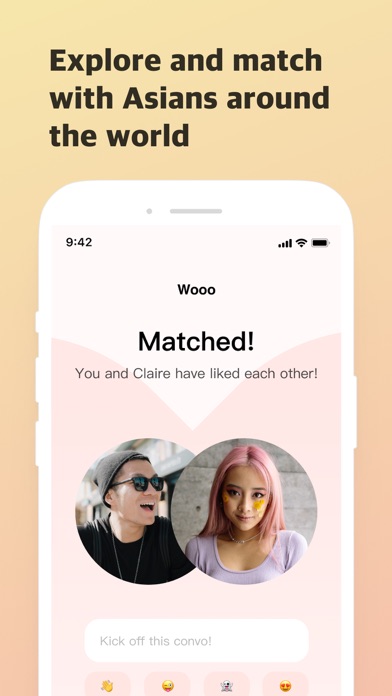 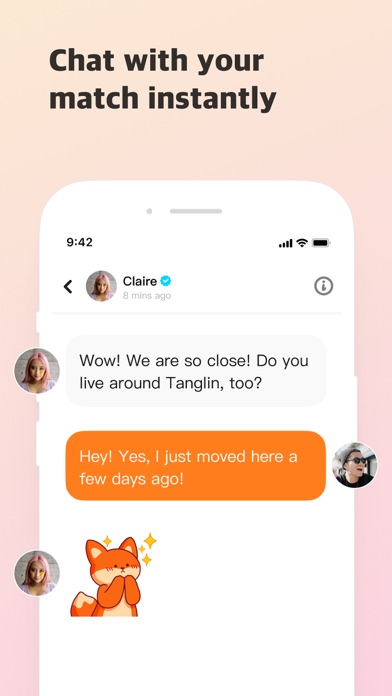 Too many fake profiles.

Just too many. What’s worse: many of them are scammers. The company is either purposely creating fake profiles to retain users or allowing fake accounts to be active. Either way, super shady. You don’t acquire and retain users by conducting shady business. As far as I see, this is a desperate move and I strongly recommend not paying a dime because the company is likely to collapse at any time.
By 李向隆

READ TERMS AND CONDITIONS. NOTHING ABOUT THIS APP IS REAL THERE ARE NO GIRLS FAKE APP DO NOT … if you’ve gone this far then invest and please share this , once you’ve experienced.
By Ault229

Full of bots, lots of fake accounts. I don’t think I’ve spoken to a real girl out of 30+ matches
By asdfghjklakdjfj

Easily 95%+ of female profiles on this website are bots that send out generic messages en mass. Blatantly fake profiles featuring pictures of models. The same goes for the reviews left here on the App Store. However, If your looking for a man, im sure you’ll do well here aswell as any other dating site. like most dating websites the overwhelming majority of its membership is made up of men.
By surfer337

Wow! This app is so amazing. Best dating app I have ever tried. Highly recommended I love how us free users still get to see profile pictures and talk to people without a paywall.don’t change a thing about this app and I will keep on using it. Wish I knew about it years ago.
By wjekfjdhdf

This is supposed to be the dating app, however, in reality, 99% of the accounts are fake. Most of them are bots who like you and never text you back, or catfish accounts run by guys who wants to steal any kind of your personal information. I was lucky I didn’t set my real name anywhere, but according to the reviews some people got in trouble because of them. What actually made me angry is that the app does not show you the real number of likes you received untill you pay for it extra. Which is absolutely disgusting. I used Tinder before and they never let themselves scam their users this way.
By Trrriple A

These accounts can be truthful sometimes, then one ask you to chat outside the app and look at the ones you follow on Instagram, then ask you to add her on WhatsApp so we could have an erotic chat, then blackmail you for money otherwise they’ll post it to the one’s on your Instagram, Ik it’s not their business on other apps but at least they have to know that they were the root of the problem, that’s how it started. I’m very disappointed, most of these people are call girls and really bad people who try and blackmail you … now the people Ik will have to look at me differently bc I refused to pay up
By Monkey2105

People use this app to blackmail others by pretending to be a girl and seducing men to exposing themselves. Unfortunately i was one of these people and fell for it and now this person is blackmailing me on insta. It was my fault but this app is full of untrustworthy people. wouldn’t go near it
By tantanisAscam

All the guys I’ve met either one of my bank information money or to be sexual it’s a purity scam and everyone on here is a lie no one is who they say they are it’s all a scam!
By Liya Renee