With EarthCam’s Webcams app, you can travel the globe, visiting scenic and landmark destinations via our unique network of live HD streaming video and megapixel snapshot cameras. Explore the Hall of Fame to enjoy the best image archives submitted by EarthCam.com visitors and share your favorites via Facebook, Twitter, Instagram, iMessage and email. Have top destinations you like to visit? Create a personalized list of favorite webcams for a customized experience! We’ve recently enhanced the user experience by including all of EarthCam’s cameras in the “Buy All” package! For one low price, you can access more than 175 webcams, as well as any added in the future. As a “thank you” to our fans who have been with us since the beginning and purchased one or more packages, we are unlocking the “Buy All” feature automatically, letting you travel to any EarthCam destination for no additional fee! Please note: some streaming cameras may take a moment to load based on your internet connection. A camera marked with “HD” denotes a live streaming camera. A camera marked with “MP” denotes a megapixel photography camera, which shows a high resolution updating image. Webcams listed are subject to availability and may change from time to time. New views are added regularly, so be sure to check back for new releases. 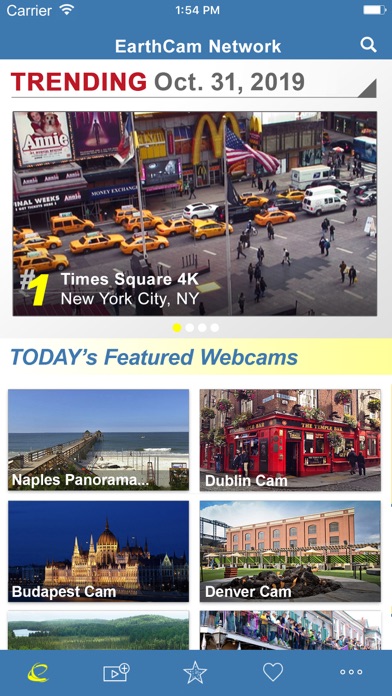 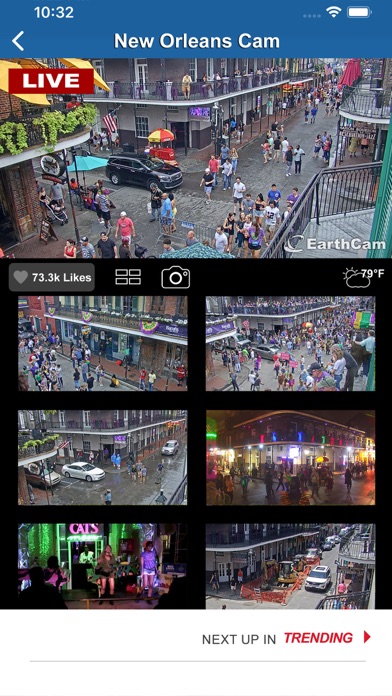 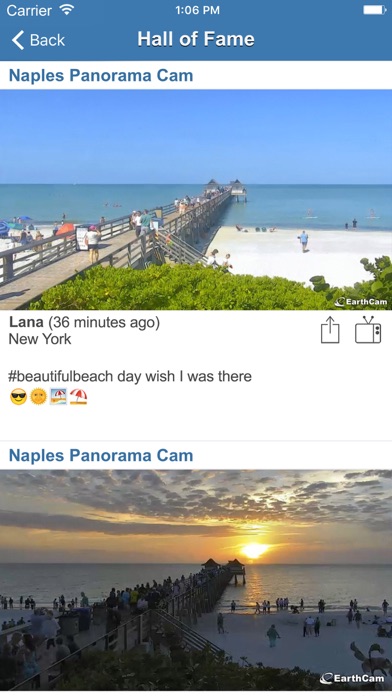 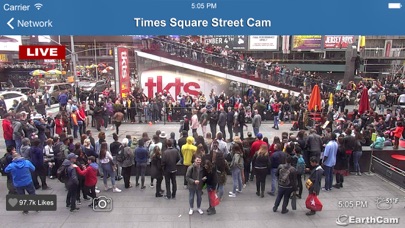 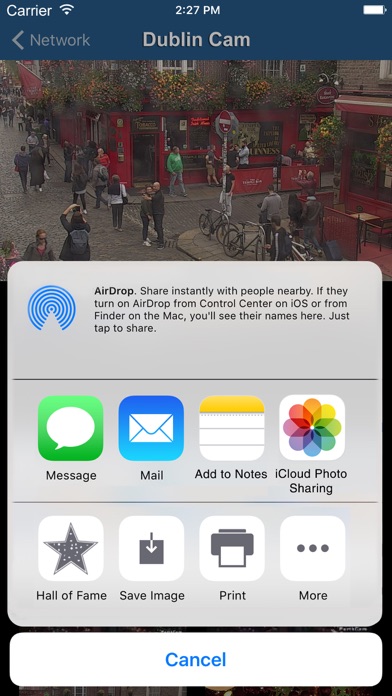 I bought the app with the sole purpose of transmitting to a Bluetooth TV. That feature does not function properly and when I contacted them they did not reply to the message. When you transmit the tv just keeps waiting for a signal from the app but never connects.
By Romano71

Since I’m stuck at home and I barely travel, this is an excellent app to look at views around the world. There are some stuff that’s bothering me a little. Sometimes, some cameras freeze and is just a still photo, but most of the times after exiting the app and going to different cameras, it works again (can you fix this bug plz). Also, most of the cameras are from America (which I don’t really mind much since I never visited the west coast yet XD) and Canada. Can you add more cameras from all around the world. Other than that, this is a very good app, 7/10 would recommend.
By Gordonramsayisscary

...so that I can share a camera view with someone who doesn't have EarthCam or never heard of it. This link would provide a URL to the corresponding video feed on EarthCam's website.
By nutella_98

I’ve really enjoyed EarthCam for many years long before there was an app. A few years ago I purchased all the cams and it was great. Last year the cameras started freezing or not loading anything but a black screen, then crash. I closed out the app more than once and restored purchases but still no luck. Sad to say my long time love of EarthCam is over.
By Lilymar78

You have to pay twice if you have the app on the iPhone and Apple TV. They tell you it’s because it’s not the same app!!! Furthermore, on the Apple TV, they just released a new updated app and you will have to pay again in order to get all cams... Enough... Apple, how can you accept this?
By immediatetakeoff

Pretty much a scam

They lure you in with your own town, then demand $$$ to view the next day. I deleted it.
By googlsux

Very very disappointed after purchasing! Low pixels, boring viewing angles, poor lighting, too far from the scenic pictures show on the page! Some cameras seems not working......
By BirdFlyTowardsWind

Airplay has never worked for me

I only ever get the rotating spokes on the screen. Airplay works fine for videos on Firefox. Not sure what the problem is here. Beware if you are planning to pay for it. It’s a fun app.
By AnandSax

I downloaded this app to see all the pretty views around the world live (since we can’t go anywhere due to Covid). For the most part it delivers. Some cameras even have sound. I love listening to Niagara Falls. With that said, there are a couple of drawbacks: 1. Not all cameras work, and some that are “on” are completely black and have no view 2. Some cameras have you looking at a still image and not a live view. 3. I downloaded this app on both of my devices (iPhone and iPad). I paid for the premium version on my iPad, hoping it would automatically work for my iPhone as well. It does not. I would have to pay an additional $4.99 to add it to my iPhone. Not a huge deal, but I’m still debating. It is a one-time fee and NOT a subscription, which is great!! UPDATE: when I went to purchase the cameras for my iPhone, the store already notified me that I had made the purchase, so I automatically got the cameras without having to pay another $4.99 Definitely worth it to download this app, especially if you feel alone. Somebody is always awake to watch from afar.
By IamAnonymousOne