Download Candy Crush Soda Saga now! From the makers of the legendary Candy Crush Saga comes Candy Crush Soda Saga! Unique candies, more divine matching combinations and challenging game modes brimming with purple soda and fun! This mouth-watering puzzle adventure will instantly quench your thirst for fun. Join Kimmy on her juicy journey to find Tiffi, by switching and matching your way through new dimensions of magical gameplay. Take on this Sodalicious Saga alone or play with friends to see who can get the highest score! Show your competitive side in the Episode Race! Compete against other players to see who can complete levels the fastest and progress the quickest. Or work as a team in the Social Bingo feature where players work together for Sodalicious rewards! Candy Crush Soda Saga Features: *Over 3000 match 3 Sodalicious levels *All new game modes bubbling with fun and unique candy: Soda – Switch the bottles and match candies to release purple soda to save the Candy Bears Frosting – Match candy to smash the ice and set the Candy Bears free Honeycomb – Match candies next to honeycomb to release the trapped Candy Bears Jam – Spread the jam across the board *All new candies and scrumptious new matching combinations: Match 4 candies in a square to make a Swedish Fish! Match 7 candies for the all new Coloring Candy! *Explore juicy new worlds and levels with even more characters! *Social Bingo *Episode Race *Mouth-watering new graphics, Candy Crush looks even tastier! *Easy and fun to play, yet challenging to fully master *Players that Facebook Connect will have access to leaderboards where you can challenge your friends and compare your highscores! *Easily sync the game between devices to unlock the games full features when connected to the internet Candy Crush Soda Saga is completely free to play, but some in-game items such as extra moves or lives will require payment. By downloading this game you are agreeing to our terms of service; http://about.king.com/consumer-terms/terms Do not sell my data: King shares your personal information with advertising partners to personalize ads. Learn more at https://king.com/privacyPolicy. If you wish to exercise your Do Not Sell My Data rights, you can do so by contacting us via the in game help centre or by going to https://soporto.king.com/ Facebook @CandyCrushSodaSaga Twitter @CandyCrushSoda Instagram @CandyCrushSaga YouTube @CandyCrushOfficial Last but not least, a big THANK YOU goes out to everyone who has played Candy Crush Soda Saga! 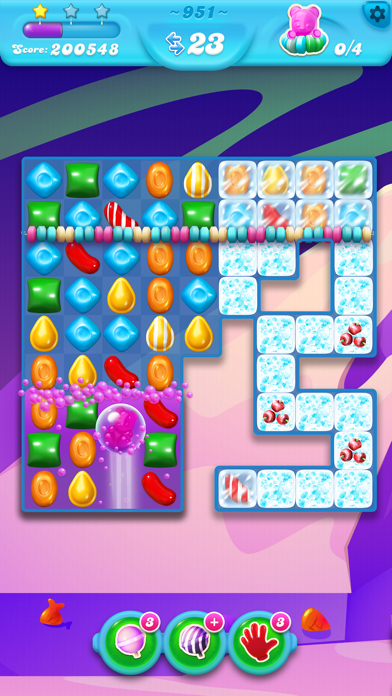 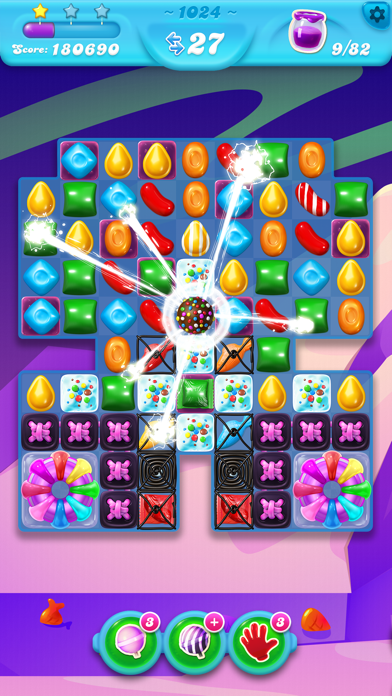 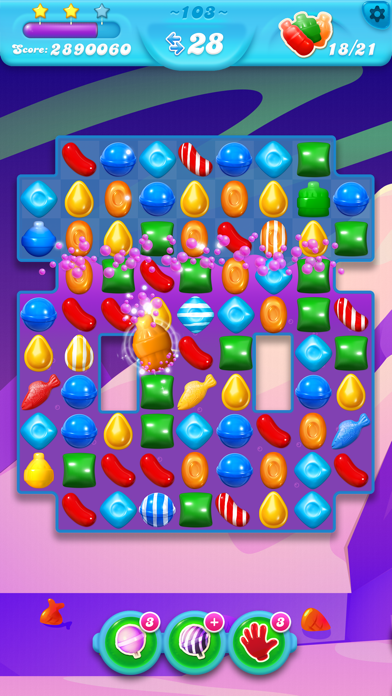 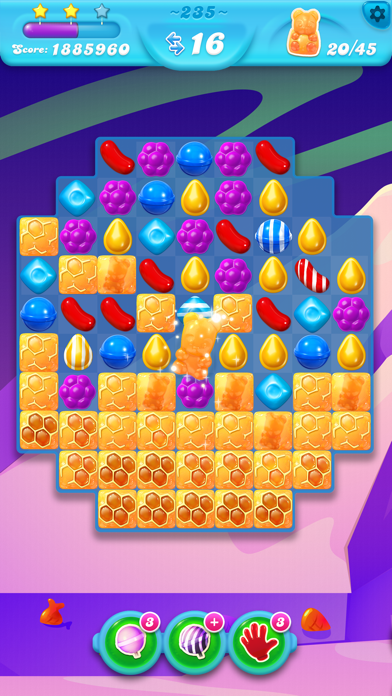 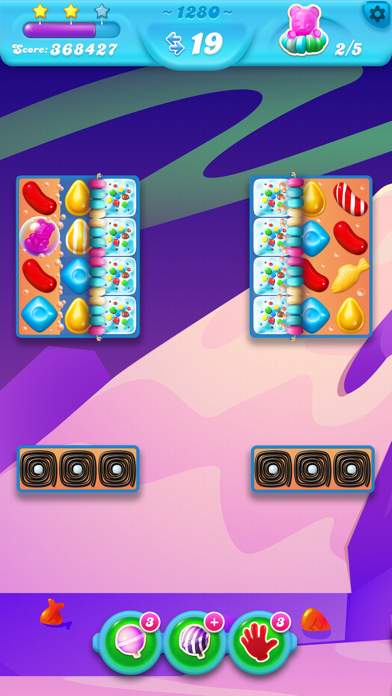 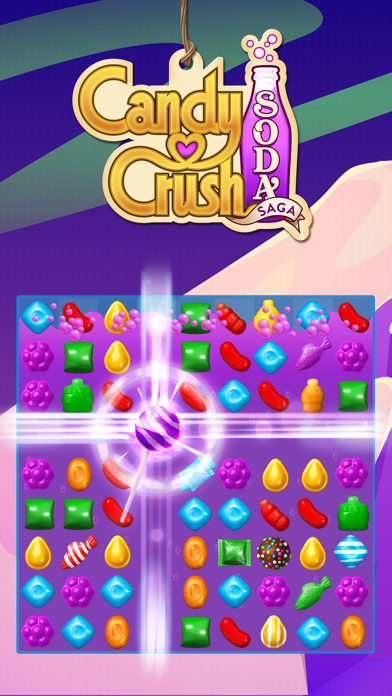 There are so many pop ups for item sales and bingo? and more pay to unlock stuff and challenges before you can start a game. It is annoying and you can’t turn them off.
By Hellomisschris

Love it!!
By momo gamer

Causing phone to heat up

I’m playing on an iPhone 12pro max and this is the only game that causes it to start heating up. I have other KING games as well as other developers games but this one seems to be the only one causing it.
By Gon_93

Always getting cheated after purchasing more gold bars .. deleting as of today as it’s very addictive.... I’ve paid for help N get nothing .. what a rip off
By donnaclark

I was on level 6035, day 335 straight, and spent hundreds of dollars a month on this Candy Crush Soda Saga. You can see I was addicted to this game! That was until they refused to refund my $34.99 for a once weekly purchase, which was to have 350 gold bars, 10 striped lollipops plus other things. I was charged for it on Jan 1, 2021 but never received it. So I contacted them. I asked for my full purchase credited to my game or a refund. I got neither. I filed a dispute, & they still refused. I followed thru on my promise to delete any King games & will never play them again. What idiots! I was spending on average between $23.95 to $50+ PER DAY! They needed me more than I needed them! Now we’ll see if they actually print this review. They never printed my previous review after I deleted their game. We’ll see.
By USMC MCAS EL TORO

I was just playing a level of Soda Crush when it occurred to me that the little guy waiting for you to use up the blue candies won’t eat the liquorish when you tap him. Liquorish is a candy, right? Just a thought.......
By Erik_10

I enjoy it; just the same, version 1.110.6 hangs without purchase

I don't play many games. I play this one until I have no lives (no purchases), otherwise I would never sleep. However version 1.110.6 around level 846 or so started hanging. No response to tapping the X or minimize buttons. Only tapping via the Play On/Special order button works. I have to double-click the main iPhone button and flick the app up to exit, then restart. Again in January 2021, hangs and must quit/restart to go to the next play.
By ColorJoy

Crash Bandicoot: On the Run!