Get ready for an epic journey to defend your kingdom against hordes of orcs, trolls, evil wizards and other nasty fiends using a vast arsenal of towers and spells at your command! Fight on forests, mountains, and wastelands, customizing your defensive strategy with different tower upgrades and specializations! Rain fire upon your enemies, summon reinforcements, command your troops, recruit elven warriors and face legendary monsters on a quest to save the Kingdom from the forces of darkness! FEATURES: - Epic defense battles that will hook you for hours! - High definition awesome illustrated cartoon art! - Command your soldiers and see them engage in hand to hand cartoon battles! - 8 specialized tower upgrades to customize your strategy! Mighty Barbarians, Arcane Wizards, Forest Rangers to name a few. - 18 tower abilities! Have your Sorcerers summon earth elementals and polymorph your enemies! - Over 61 different enemies, from Goblins to Demons each with their own skills! (Beware of the mountain Trolls!) - Intense boss fights never seen on a defense game! - 12 Heroes: Choose your champion to lead your troops to victory! - Hours of gameplay with over 70 achievements. - Extra game modes that will challenge your tactical skills to the limit. - In-game encyclopedia with information from your towers and enemies. 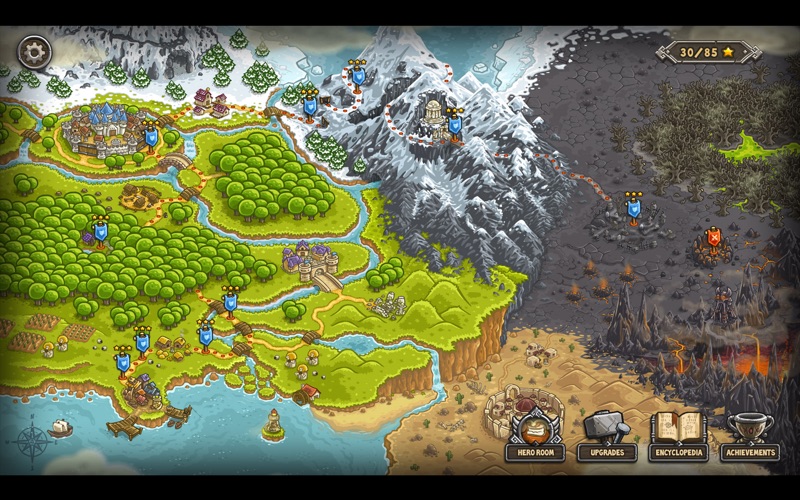 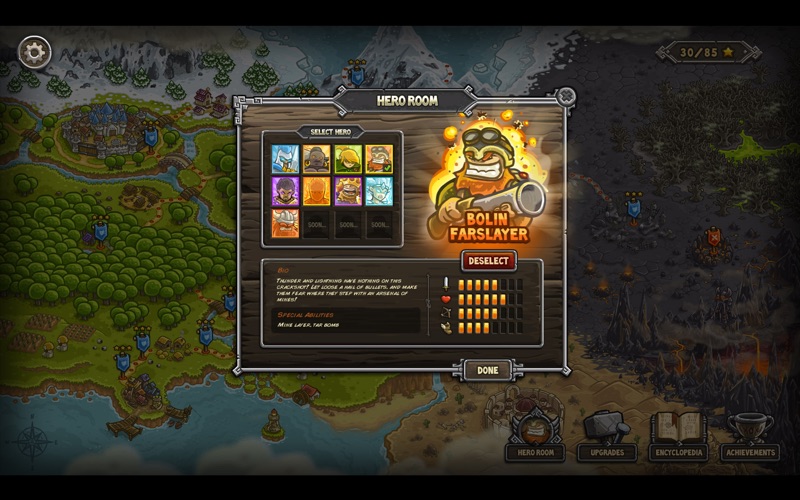 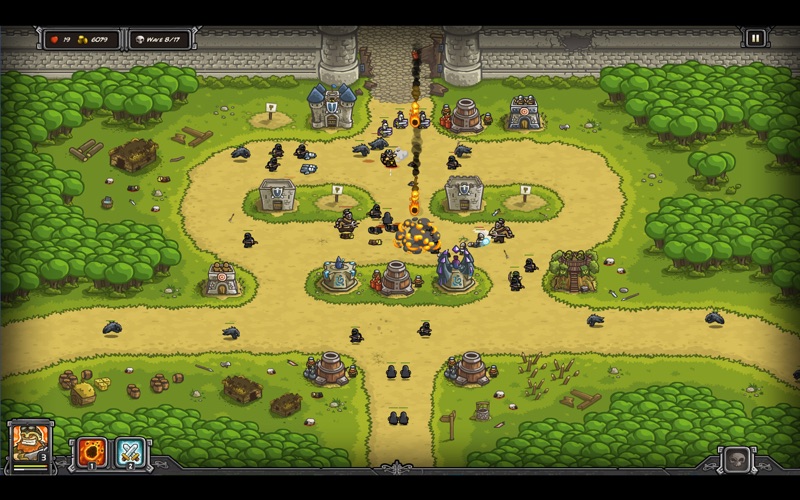 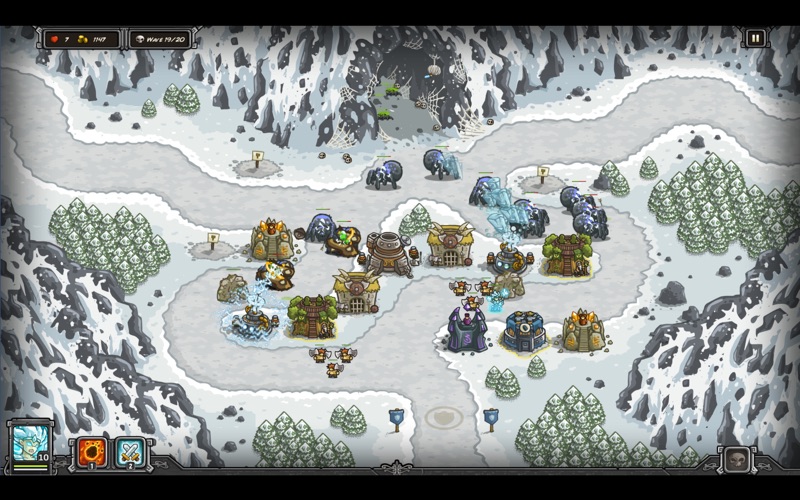 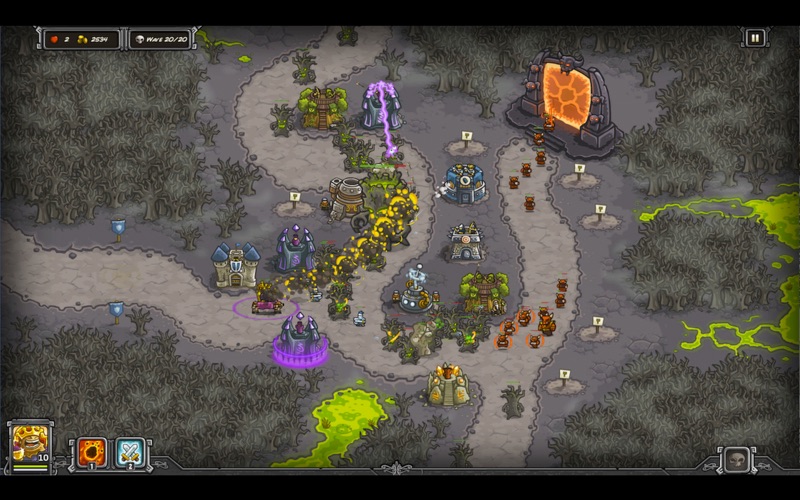 UPDATE: please update this for the Mac. It doesn't work witht he latest version Catalina. Great classic iOS game for the mac! I love the fact that all the heros are included. Also, the graphics and game play are great. I only wish they included the store that they had in the original iOS game. I love being able to use the extra items during battle...
By smartbot1of7

I'm playing this game while I'm supposed to be writting a paper and it's really entertaining. 10/10
By Alex Wojciak

Love the game but I’ve lost all audio

I have been enjoying this game on my quad-core iMac for a long time however after a series of recent MacOS upgrades (currently OS 10.13.2) I have lost all audio from this game. My audio works just fine with everything else, I’ve double checked my system and in-game settings but KR HD remains silent. I have messaged Ironhide support several times over the past 2 months regarding this issue and have only recieved one boilerplate response indicating that they got my message. I really like this game and I’m sure that everything else I use core audio for is working just fine. I am disappointed in the lack of response from Ironhide. I know in the past sometimes software get “broken” after OS upgrades and I assume this is one of those times but the total lack of response from the company is a real let-down. Great game otherwise...
By jeffty66

the best part of this game is it has no In app purchases thanks a lot developers, sadly I finished it please add more story levels.
By Vulkan ;)

Pretty good Mac game, Not much added from iOS

I enjoyed playing Kingdom Rush on my phone, so I was excited to see what they had added to the Mac Version. Long story short it wasnt too much. You are paying a few dollars more than iOS for access to every Hero. The levels are replicated, except for the extra levels available after you finish. Still a fun game, just not getting as much as you would think for 9.99. Would be nice if it synced over multiple computers.
By MKnudtson

Played this for about 2 hours. Went to open it the next day, got a message that the program failed to open - it needed to be uninstalled and reinstalled. Done. No change. Wash, rinse, repeat a few times. Wrote to the company to ask for help. Their response was a sort of ‘gee, sorry about that’. Refund never offered. No update provided. Save your money for an app that runs the second time you try and open it.
By Harvey 3gfp