The Inner Circle is a dating app that encourages ambitious people to get together and meet their online matches in real life, because that’s when sparks fly. * We screen members so you know they are serious about dating * We host parties and events every month, with tons of potential matches * We help 20,000 members get together every day We screen people to make sure our members are real people who are serious about dating and not playing games. It’s also our way of providing you with a safe environment that’s full of people you would actually like to go on a date with. Because we value the importance of meeting in real life, we help our members go beyond the app. With cool events, tips and tricks on the best places to go and the ability to share your favourite date spots, we help you get together in the real world. So far we’ve helped thousands of singles get together, and the proof is in the stories behind the stats. We have a Wonderwall that adorns our office wall, full of stories of engagements, weddings and even Inner Circle babies. We focus on the people behind the profiles so you can too. IN THE PRESS MASHABLE: “the ultimate dating dream: a place filled with top-notch single people.” ESQUIRE: “The Inner Circle is the best all-rounder out there with the highest quantity of people you'd actually like to meet “ BUSTLE: “Their main mission is for their members to respect fellow members. Yes, please”. ------ The Inner Circle is free to download and use, and that will never change for our main features. Members who want to access more features or set different preferences can subscribe for a Full Membership. The prices for a Full Membership may vary per country and are subject to change without notice. Prices are clearly displayed in the app. We offer monthly, 3 month and 6 month subscriptions giving discounts to the monthly price. With the Full Membership you have complete access to all your Matches, Winks and Messages. Payment will be charged to your iTunes account. Your subscription will automatically renew itself, unless auto-renewal is turned off at least 24 hours before the end of the current period. You can switch off the auto-renewal any time after the purchase by going to your settings in the iTunes Store. If you don’t choose to subscribe for a Full Membership, you can simply continue using and enjoying The Inner Circle for free. Be sure to read our privacy policy and terms and conditions: https://www.theinnercircle.co/privacy https://www.theinnercircle.co/tos 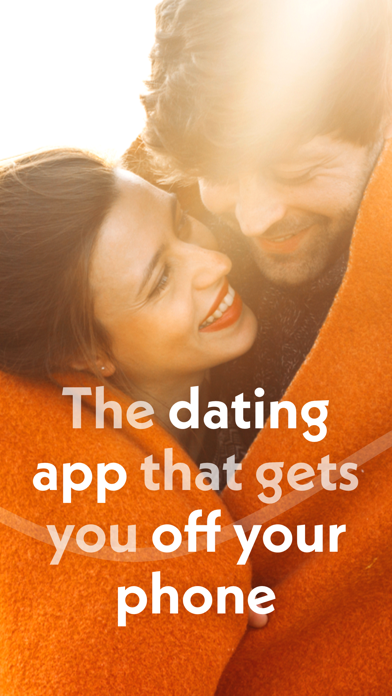 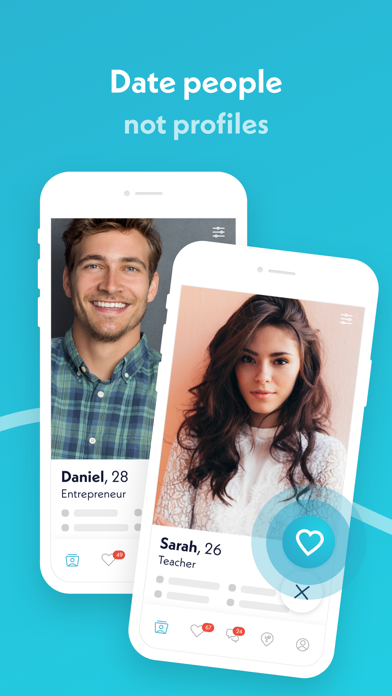 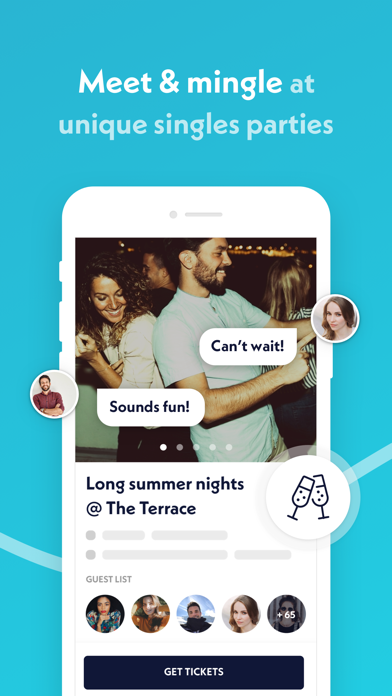 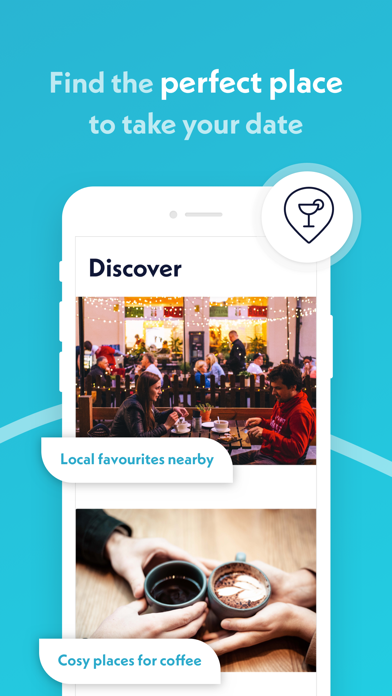 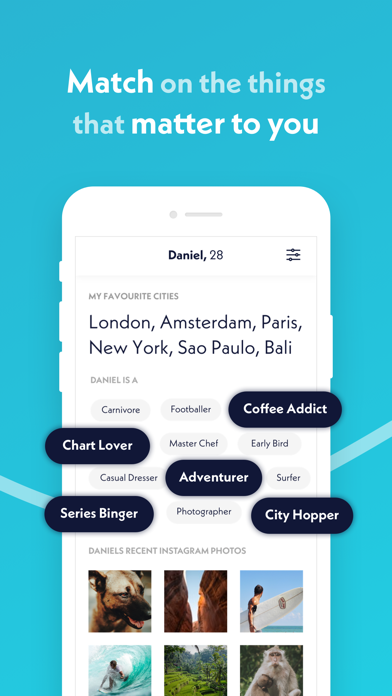 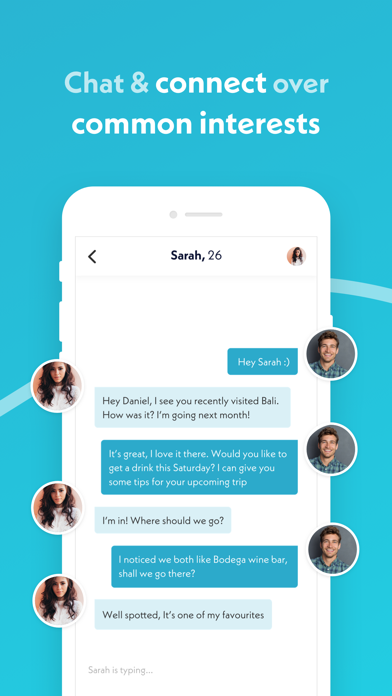 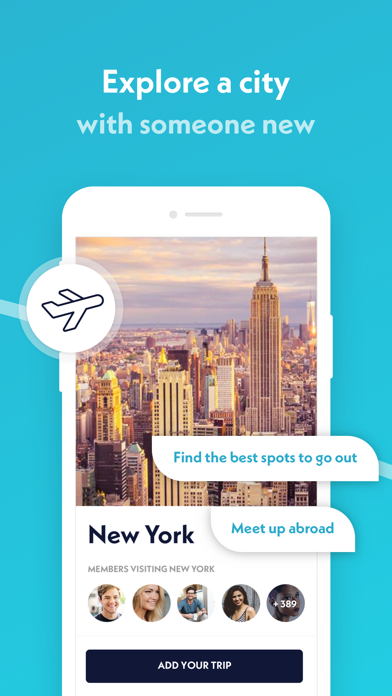 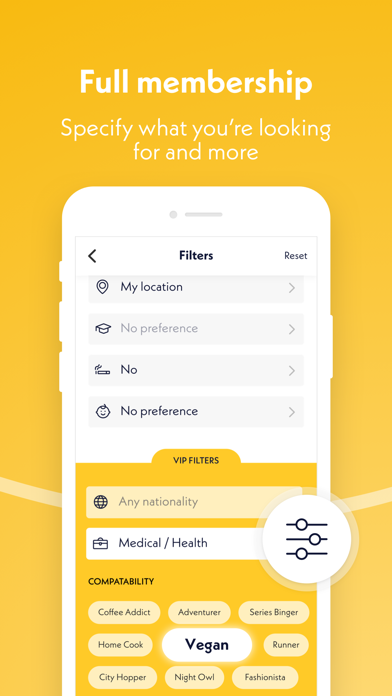 Words Say It All

I’m really fond of this app. Most dating apps this one included focus solely on swiping left and right. I like that this app gives you the opportunity to write a thoughtful summary about what makes up who you are to let more of yourself be known to potential suitors. And vice versa, I love reading detailed profiles gaining insight into potential matches along the way!
By Fuckthis28

In a world of dating apps where you have no idea if your “like” has actually even reached the person, this one is a breath of fresh air. Yes, you have to pay but isn’t it worth it rather than mindlessly swiping daily with no clue if it’s worth the effort? Definitely give this a shot!
By "@&$76;,89

Don’t waste your time or money. Second time around on this app and have yet to get a response, like, wink, ANYTHING! Site is filled with fake profiles, tons of women looking for sugar daddies and prostitutes. I’ve emailed customer service twice on the same person and they lied that the profile was removed. I have better luck on bumble and tinder.
By Amaya2068

As a former skeptic of dating apps, I feel that The Inner Circle apps seems promising and will be a game-changer for me on the dating scene. I like the idea of having members pre-screened for professionals. Definitely saves me from investing a significant amount of time and effort toward sifting through hundreds of profiles in a hunt for professionals. Also, support team member Susie was very helpful when I had questions. So far, so good!
By AAngel2020

Absolutely love this new dating app. It has beautiful people with one goal in mind and that is to find someone great to add as part of their life. It’s easy to use and navigate and certainly takes the stress out of swiping.
By Paulieballz

Learning this app still- seems like you need to pay to see your likes or refer friends. Will update review once able to use the actual app. Focus on travel which I love and shows you who’s coming into town
By chlodatez

It was fun and innovative when it came out, but now it’s just a vastly overpriced photo album wasteland with limited free functionality (other than seeing profiles and a pathetic “wink”), a roster that’s limited to a paltry handful of cites (and if you’re not in those cities, don’t waste your time), and premium features that they randomly and without notice grant and rescind at will. One day I can see likes, the next I can’t. One day I can I can see matches, the next I can’t. Frustrating and aggravating. An oh, apparently, you better not be 5’ 11” because their developers can’t figure out how to convert that from centimeters, so you have to be 5’ 10” or 6’. No, really. It’s that dumb. I’d give a subscription a shot but based on its hyper-limited roster and tired features, it’s STUPIDLY OVERPRICED; they’re on some kind of crazy pills thinking people will pay that much for this app. Check it out… but you’ll delete it.
By mschultz

I don’t even think I should give a rating but I will anyways. 1 star because I didn’t even get to use the app at all. Downloaded it last year in May and I’ve been on the waitlist ever since, until today when I deleted the app. Just thought I’d save space on my phone from an app that was literally useless lol
By Isackxr

I’m giving this app a very generous 2 stars after the most recent update that has put literally everything behind a paywall. When competitors all have a watered down free version, you’re shooting yourself in the foot by making it pay only. Uninstalled.
By poorappdesignleadstouninstalls

Great app. User friendly.
By Images is everything