Never miss a moment with the Official F1® App Download the Official F1® App for all the F1 news, results, timings and in-depth analysis. ► It’s everything you need for a full-on F1 race weekend. - Latest news and analysis - Grand Prix schedules and results - In-depth technical analysis from our experts - Free leaderboard with gap times - Lap-by-lap live blog updates from our expert writers ► If you’re an F1 TV Access® subscriber, buckle up for exclusive content: - Live telemetry data and driver tracker for every session (speed, throttle, gear, brake, DRS) - Full tyre information including compound, stint and tyre history - Sector times, segment performance and pitstop info - Interactive driver tracking maps - English audio commentary - Best team radio and race control messages ► How to subscribe to F1® TV F1® TV puts you in the driving seat – with race highlights, live timing and live streaming (available only in certain countries). You can subscribe to F1® TV with an annual or monthly subscription. You’ll be charged in your local currency – and can check the final price before confirm. Annual and monthly subscriptions renew automatically, unless you turn off auto-renew at least 24 hours beforehand. You can turn off auto-renew at any time through your iTunes account. The initial payment will be charged to iTunes Account at confirmation of purchase and your iTunes account will be charged for renewal within 24-hours prior to the end of the current period. Renewal fee is equivalent to the full fee for the subscription you purchased. Terms of use: https://account.formula1.com/#/en/terms-of-use Subscription terms and conditions: https://account.formula1.com/#/en/subscription-terms Privacy policy: https://account.formula1.com/#/en/privacy-policy 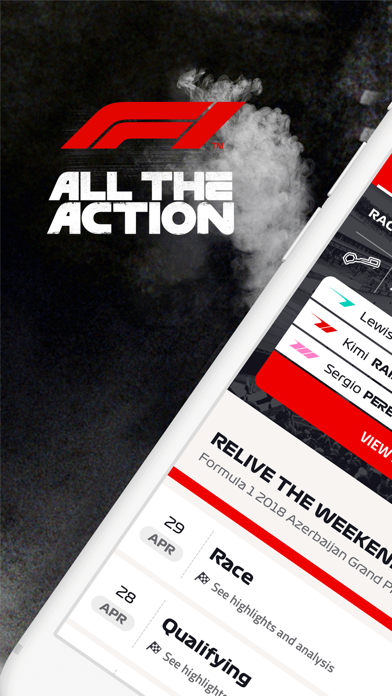 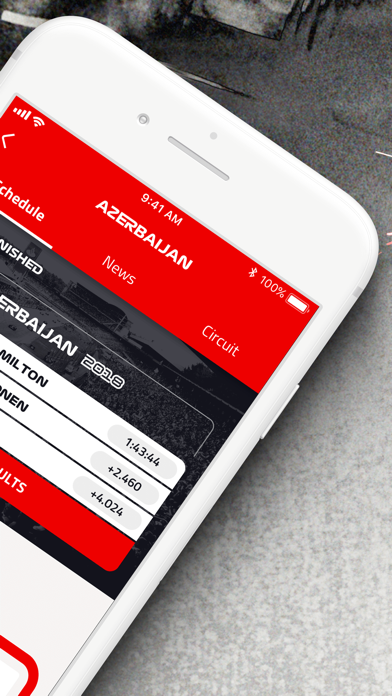 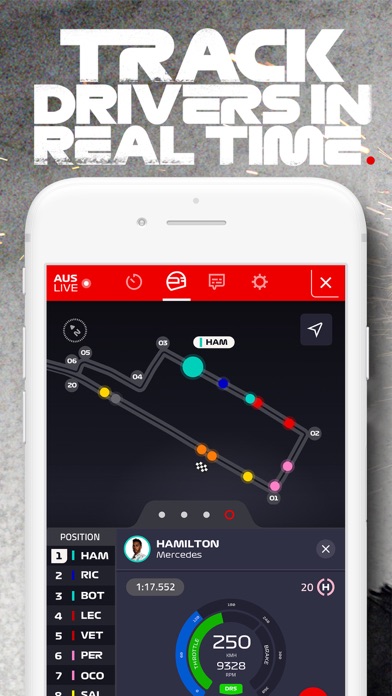 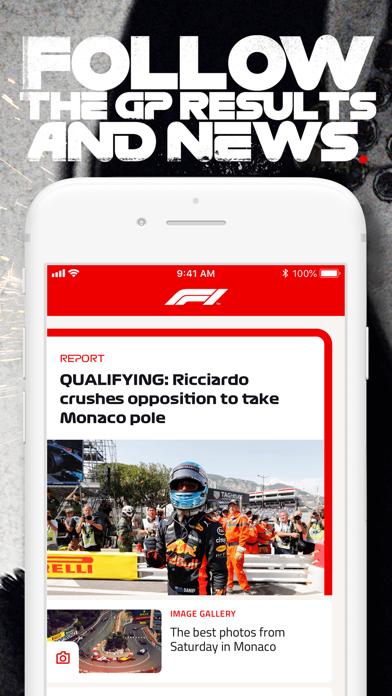 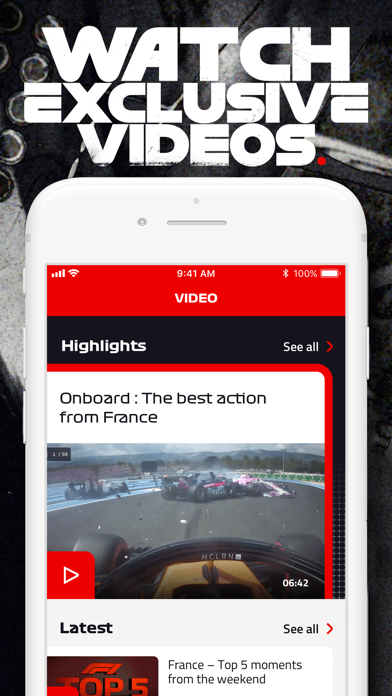 In the US the F1 app now inserts an advertisement before video playback. The ad doesn’t appear to be a part of the core player and it’s impossible to exit video playback until the ad finishes. If you want to return to the main page you have to kill the app and relaunch it entirely. Terrible experience for the sake of app monetization, especially since the main page often prioritizes video content in the top position.
By AliPSU

It’s a good app to use especially the live timing which is useful during sessions. However, the “live” audio commentary isn’t really live, as it has a delay as compared to the tv broadcast. But overall, it’s a very useful app if you’re an F1 enthusiast
By Mackenzie_2020

Sound only works part of the time

When viewing videos, the sound is often silent and does not work.
By Scater08

Not sure what happened to this app but there has been no sound coming for a year on iPhone XR with latest updates. DELETED!!! Customer support is crap. They never respond to emails or tweets.
By Наско20100

The new update that reduces the penalty for cutting corners does nothing but encourage cheaters who don’t even bother to stay on track through chicanes. Your opponent will be a second or two behind, then all of a sudden ahead by two or three seconds without needing to pass. Ridiculous.
By The_Great_Sun_Jester

Like 3 or 4 months back I stopped getting notifications. I looked to see if notifications were and they were on and I also deleted and re downloaded the app and nothing. My phone is up to date so idk.
By Andrew Bradley Yulee, FL

I replaced my iPad with a Mini 6. Now the app no longer displays Latest. Just a nice red F 1 logo.
By madmanpbp1

It’s a good app so far have enjoyed But I believe with the last update there is an issue when trying to cast to television, please review this process.
By vicky 🧋

Why do these morons continue to upload videos when the sound doesn’t work?
By This app is extremely bad