By A Medium Corporation

Medium is an open platform where over 100 million readers come to find insightful and dynamic thinking. Here, expert and undiscovered voices alike dive into the heart of any topic and bring new ideas to the surface. Read. Easily find and follow writers and publications that matter to you, and keep up on their latest posts. Explore personalized, ad-free recommendations, and dive deeper on just about any topic. Bookmark posts for later, highlight passages that resonate, and join the conversation on the stories you read. Write. Share your ideas, short or long. Engage in conversation with a network of readers and writers, and have the chance to earn money from your writing. Grow your audience through followers, newsletters, and writer stats. Become a member for $5/month or $50/year to get unlimited access to everything on Medium and support great writing, and enjoy your first month free. Your Medium membership will automatically renew each month or each year, and you will be charged $4.99 or $49.99 through your iTunes account within 24-hours prior to the end of the current monthly or yearly cycle. You can turn off auto-renew at any time from your iTunes account settings up until 24-hours before the end of the current period, but refunds will not be provided for any unused portion of the term. Please visit our Membership Terms of Service for more information: https://me.dm/subscription-terms Medium Terms of Service: https://policy.medium.com/medium-terms-of-service-9db0094a1e0f Questions? Feedback? To get help, visit https://help.medium.com 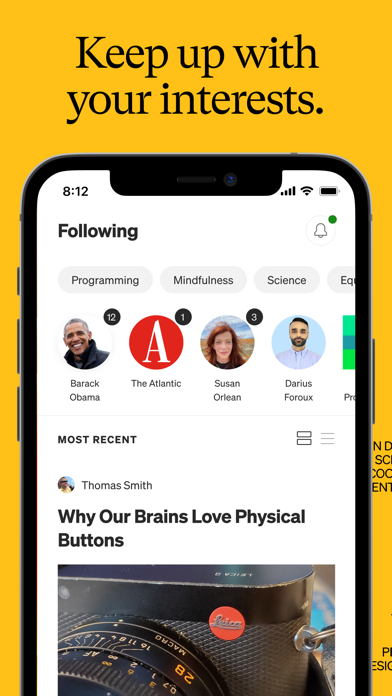 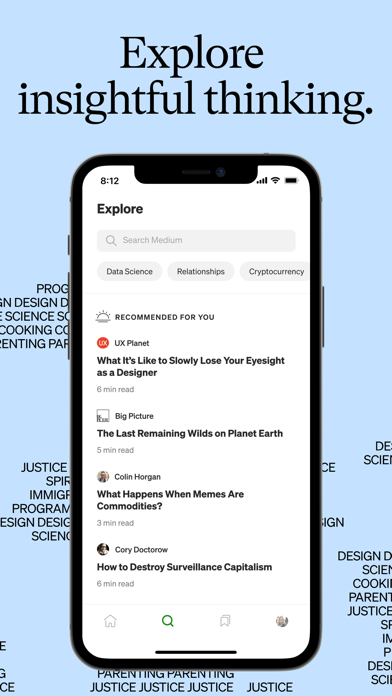 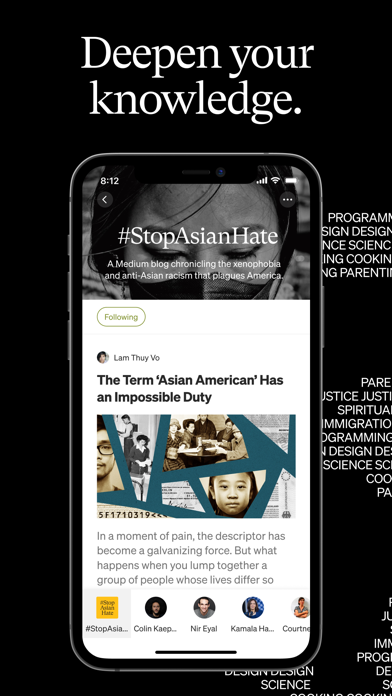 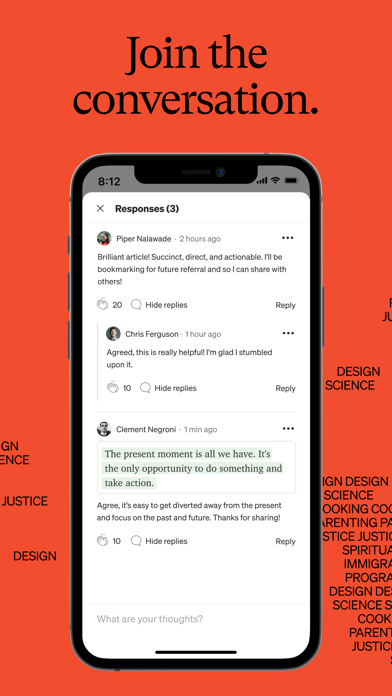 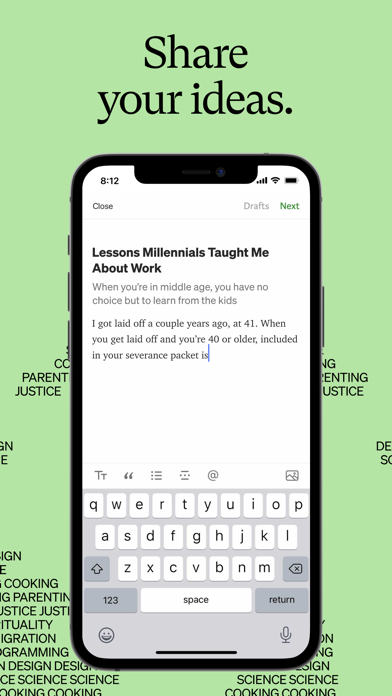 Long ago, it was very easy to converse in the comment sections. It didn’t require a million clicks to read and post responses. One could go to their profile section and find all the comments made and received, to which stories. Now? It’s nearly impossible. The view of comments and responses is no where to be found. If I go to the notifications, I get a list of claps and responses, but if select a response it only shows me the response- not the thread, or even the comment I made to which the comment is responding. It has made the conversation part of Medium as useless as the newspapers who still have comment sections. Just comments for the sake of commenting, not conversation. Love reading the stories but more than 1/2 the benefit of medium was the conversations we could have.
By lesnla

Text to speech is broken

Selecting text and having it read it to you is broken in the app.
By pag3rd

I was under the impression this was a big deal. It’s not. I’m reading “articles” written by 18 year olds. For a subscription fee. Caught me off guard there private
By Yankee fan 27

Best thing you can read for crypto income growth

This app is amazing it might be subscription-based but it is well worth your $5 a month if you put into action some of the things that these people are talking about and opening your eyes to plus giving you the direct hyperlinks right in the articles to start. If you have a couple bucks to invest and 5$ for a month(first is free take it!) it’s well worth it you’ll be on your way to make $1000s a month in passive come.And the best part is the people that are telling you how to do it and what to do use it themselves and they’re not putting it out there until they have it proven to themselves. Please don’t think someone is telling you to do something that does not work because it worked for them or it wouldn’t be there in print.
By blockchainbully

I got the app. Then I thought I had taken the app off and had removed it from my queues and then I got a bill for $50. I want it deleted, removed.
By Zanne321

Need to fix their recommendation algorithm

I signed up for Medium for professional development. I read mostly programming and machine learning articles. Unfortunately overnight I started getting incel and other totally inappropriate articles popping up as notifications on my phone. Judging from the comments it seems like many other readers are being surprised and disgusted as well. Not only are the recommendations bad, but I’ve reported the content as well as it seems a flagrant violation of the TOS. Fix this problem and easily five stars.
By Lincolnparkdc

The push notifications settings does not allow me to change my preferences. Tapping on or off does nothing.
By kendallr22

When I found this is looked really nice so I installed it- but when I signed in the select your interests screen was black and nothing was coming up so I just hit next the nothing came up again so I hit next then nothing on the screen would load. That’s the one problem
By Ansley Peterman

The Medium app is beautiful, but if I’m on my iPad (12.9”, Pro), if I attempt to read and drop comments, then I can’t close the window again. That hugely limits the utility of the app as opposed to the website.
By Octokatt

I like the service. The app went downhill in a hurry with the latest update. Don’t like the interface. Don’t like the arrangement. Can’t find anything. Unpleasant. Adding on - it is really easy to accidentally click out of a story you’re reading and equally impossible to find it again. This reduces engagement and increases frustration. So: can you add a back button or a user history tab? I’m ready to ditch the app entirely for the web interface.
By CrankyCook

More by A Medium Corporation

By A Medium Corporation