Every month, Classic Rock magazine goes behind the scenes to bring the real stories behind rock legends from Led Zeppelin to Metallica, to Marilyn Manson and beyond. If you’re a serious rock fan, you need Classic Rock. Every issue is packed with exclusive interviews and features on rock’s biggest names, and includes the heftiest rock reviews section on the planet. Classic Rock: The world’s only high-voltage rock’n’roll magazine! Join thousands of others and download our free app now! ------------------- Once you’ve downloaded our app, you will need to take a free trial or purchase a single issue or subscription to access our in-depth content. We also publish specials and guides - browse our publications, read what interests you most, and get inspired. Back issues, specials, and future issues are available for purchase within the app. Subscriptions are available on various monthly and annual terms, and auto-renew until you decide to cancel it. Check inside the app for current pricing. *** Please Note: Our digital edition is not printable and does not include the covermount items or supplements you would find with the print edition *** • The free trial offer is only available to new subscribers. If you have previously subscribed then payment will be taken immediately. • You can cancel at any time during the free trial period and you will not be charged. Simply turn off auto-renew in your Apple account subscriptions page at least 24 hours before the auto-renew is due. • Payment will be charged to your iTunes Account at confirmation of purchase. • Your subscription automatically renews unless auto-renew is turned off at least 24 hours before the end of the current subscription period. • You will be charged for renewal within 24 hours prior to the end of the current period, for the same duration and at the current subscription rate for that product. • You can manage your subscriptions and turn off auto-renewal by going to your Account Settings after purchase . • No cancellation of the current subscription is allowed during active subscription period. This does not affect your statutory rights. • Any unused portion of a free trial period, if offered, will be forfeited when you purchase a subscription. • We will be collecting information about your use of the app both when you are online and offline. To find out more please see our privacy policy. The subscription will include the current issue if you don't already own it and subsequently published future issues for the duration of your subscription period. ------------------- By purchasing a subscription or downloading an app you agree that you have read and accept Future Publishing Ltd's Privacy Policy and Terms of Use: www.futureplc.com/privacy-policy/ www.futureplc.com/terms-conditions/ 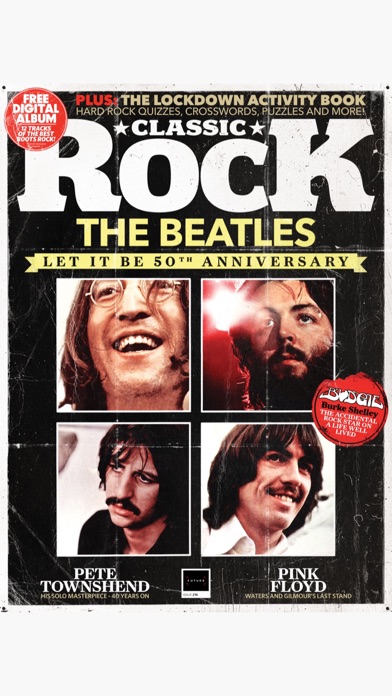 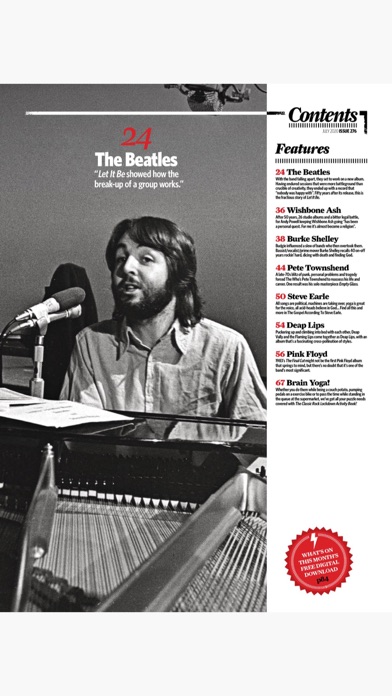 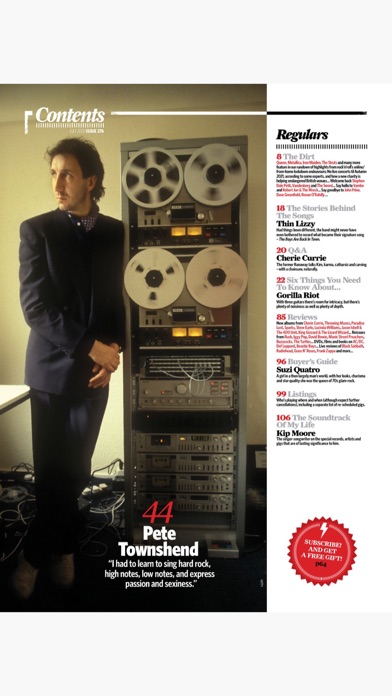 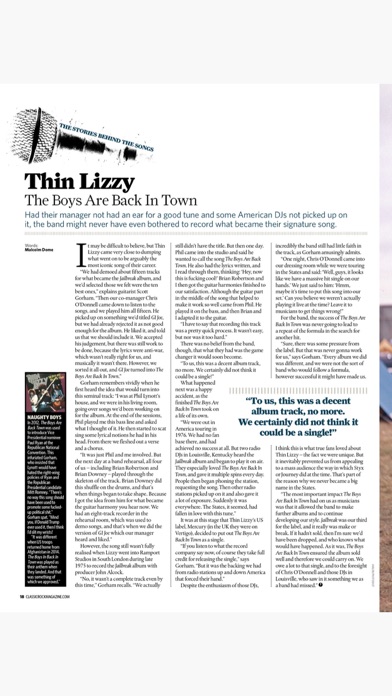 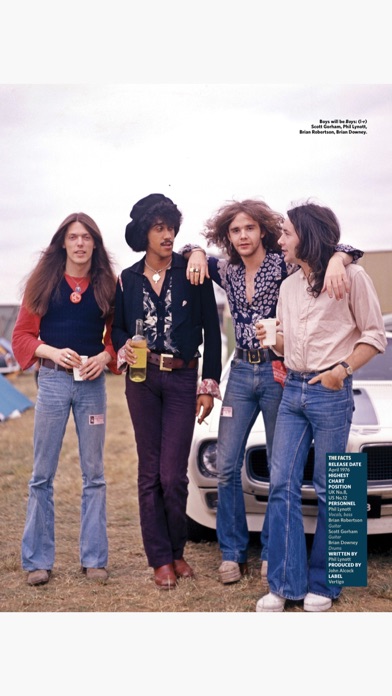 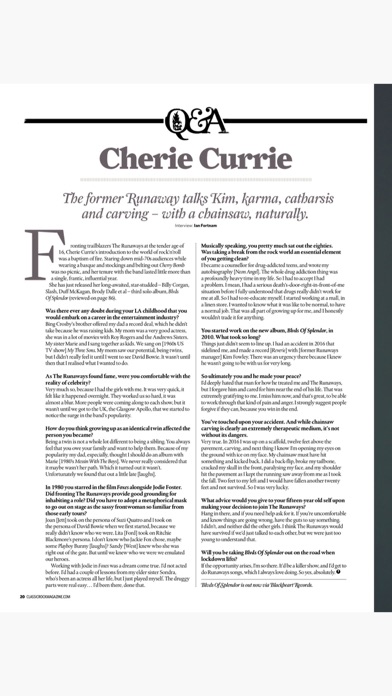 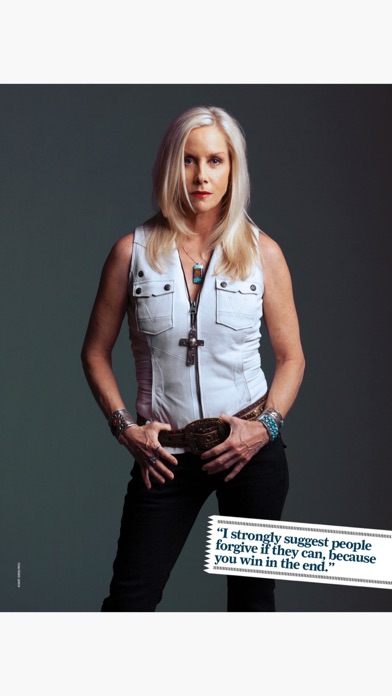 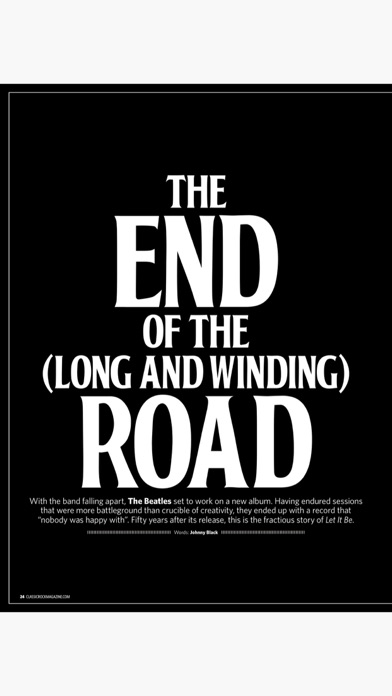 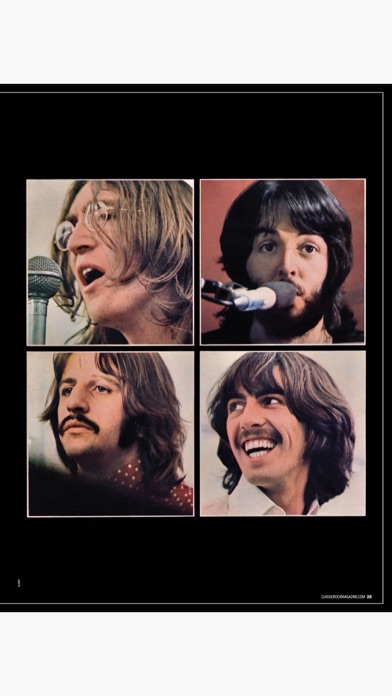 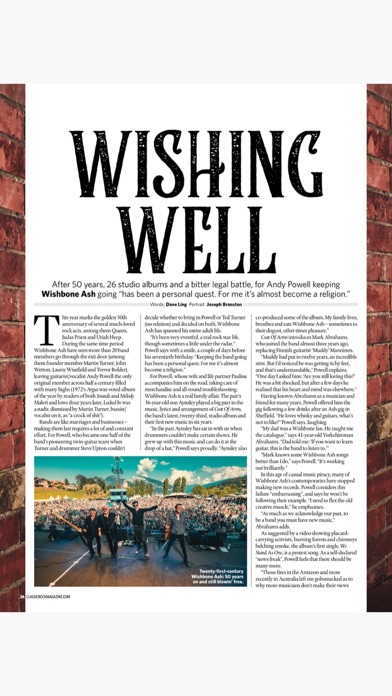 Best Rock Mag out there

I love this magazine. Period!
By ghostrider81540

Had a problem with app and my mags disappeared..reinstalled and now still can't get my mags. Time to cancel subscription I think.
By Rich W07

Lying & Rude feeling totally screwed... It's a rip off

...to paraphrase Mr Marc. 3rd time now that I've paid for a subscription only to have the mag change ownership, or whatever, and have all the issues I've paid for just disappear. Fool me once, twice, blah blah blah... Once my current subscription is thru I won't be renewing. I'll go back to reading new issues in the bookstore. It is still a decent mag after all. Just not keen on setting fire to my money any longer.
By LowPop

Please refund me all my paid magazines

This is unbelievable that Apple enables this ripoff through the App Store. Please bring back all my paid magazines to my account or refund me my money for all what I paid you.
By McGiord

Every time this magazine changes or updates nearly half my magazines that I purchased disappear from my Classic Rock the way it was before the update I have two classic rock apps one for the older one for that I had purchased and the new one now I can't restore at least half of them it says that they've been restored but they haven't they been transferred from the from the new look app up to the old app but they don't have any record of me paying for them .you know what I'm really getting tired of it this happens every six months to a year on this magazine and others as well if they don't fix these issues I'm not buying another one of the magazines people who are interested in collecting every issue buyer beware
By THEFROG69

I have been reading Classic Rock magazine for about 15 years. The iPad version was formatted for iPad/iPhone and was a great app. Around September 16 time it switched to a normal format i.e. text really small and no longer had any audio or video, no more page scrolling either. This is probably a decision by TeamRock, the publisher, so if they want to go cheapskate with CR then they can keep it.
By Arfon Chunks

There's a lot to love about Classic Rock Magazine, but no longer does that include the formerly functional and fun CR Mag app. They've gone from lots of sweet interactive features and halfway-hidden Easter eggy things to a simple, dumb "picture" of each page of the print mag. A PDF, in other words. Sorry, I'm unsubbing. Might pick up the paper copy now and then.
By Tutty22314

The magazine is great and I have been an avid reader for years. Now my subscription has vanished with the new App. I was so annoyed with the initial poor response. Now, I have to say they fixed my subscription and the App does look good, with the interactive magazine. It's just a pity they had to kill the subscription, generate heartache and probably alienate a number of readers. TeamRock, I hope you learn from what you did. That said, thanks for a great magazine and thanks to your customer service people. So 5 stars for the new App, 1star for the way you brought it in.
By phardman

Team rock has ruined a once great digital magazine. Besides the ridiculous premise of having its subscribers prove their purchase, the new upgraded app is HORRIBLE!!! None of the old issues can be read on the new app. The nonsensical layout of the magazine is ridiculous. You can't just turn a page . You have to scroll down and then sideways and up. It's beyond comprehension that someone thought this was a good idea? Absolutely hate the new format. I mean, who thought it was beneficial that you have to scroll up and down instead of right to left? You still have to scroll right to left and have to be in the right spot still to try and turn the page! Truly horrible!
By arfkm