Great to see you, Commander! War Robots is the biggest shooter game about giant robots that fits into your pocket. Join epic PvP battles against rivals from all over the world and show them who’s the smartest, fastest, toughest pilot around! Prepare for surprise attacks, intricate tactical maneuvers and other tricks up enemies’ sleeves. Destroy! Capture! Upgrade! Become stronger — and prove yourself as the best mech commander in the War Robots online universe! MAIN FEATURES - Choose your fighter. Over 50 robots with unique designs and powers let you find a style to call your own. - Play how you want. Want to crush and destroy? To save and protect? Or just annoy the hell out of your enemies? You can do it all with the massive selection of weapons, including ballistic missiles, plasma cannons, and giant shotguns! - Customize. Each robot can be fitted with weapons and modules of your choice. Find your favorite combo and show everyone what you’ve got! - Battle together in multiplayer. Team up with other people! Join a powerful clan to find trusty partners (and friends!), or even start your own! - Battle on your own. Prefer playing solo? Lone wolves can express themselves in special modes like Arena or Free-for-All! - Explore the lore. The War Robots world grows and expands with every update, and the ever-growing community is always ready to help you. Looking for more action? Check out the latest news on Facebook: https://www.facebook.com/warrobots/ …or Twitter: https://twitter.com/WWR_by_Pixonic Watch War Robots TV on YouTube: https://www.youtube.com/user/WALKINGWARROBOTS Hop on Reddit for in-depth discussions: https://www.reddit.com/r/walkingwarrobots/ And visit our official website for articles, patch notes and development stories: https://warrobots.com Note: War Robots requires a stable internet connection for the best gameplay experience. Good hunting, Commander! 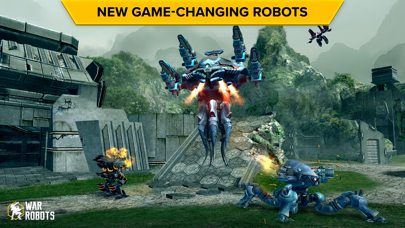 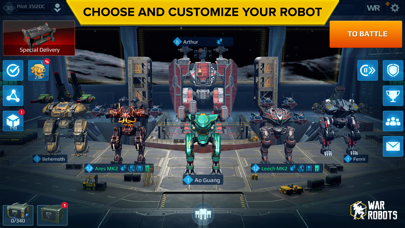 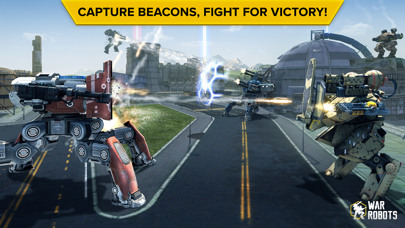 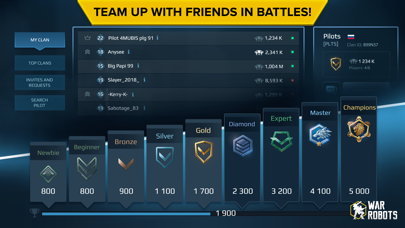 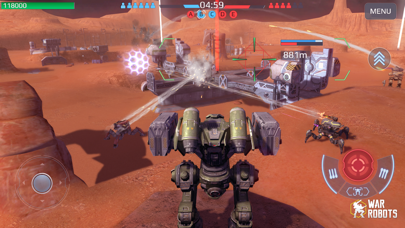 Hate this game because it keeps crashing

IM SO HAPPY I HAVE THE TITAN THIS IS THE BESt GAME EVER!! KEEP THE TITAN IN WAR Robot it soo cool!!
By idnl thos game

WAR ROBOTS simply a beta test for DINO SQUAD. we the players have a right to have a say in this matter if not for our wallets sake! All the evolutions of meta and pay 2 win tactics that we’ve seen happen throughout the history of this game will transfer to DINO SQUAD if not already. Lot of people say DINO SQUAD is the “promise land” and just more improved for casual and competitive players, please reconsider this kind of perception as PIXONIC always has tricked players into buying more “lucrative” META (ex. titans). As more updates purged this game your investments in bots, pilots, or weapons will always be negatively effected in some shape or form. The endless wallet paying search for the META will continue beyond this game. Eventually PIXONIC may shutdown this game for good once DINO SQUAD becomes profitable. As much as my rant sounds ridiculous this game is far from healing in its ways for profit. Golem was not enough! I’ve played this game 5 or 6 years ago and to see how the game hasn’t positively changed for the better good of F2P players saddens me, this game will always be remembered to me as the closest thing to MECH WARRIOR, and to be honest I have spent myself $60.00 so far in its entirety... it is not too late to change PIXONIC remember your Minority... or keep ignoring it for more money$-$
By Dodgeviper02

I love this game and I’ve only been playing it a few days. I love the gun customizations and all that. Yet it seems that the starting robots are ai or something. They’re way to easy! My “teammates” never get any KO’s I’m always the winner. It may just be an early game thing but I think it needs to be changed.
By Jmanoh (roblox account)

This game has the best customer service I’ve ever seen.

I sent in a ticked requesting that an Ivory Scourge I got to be replaced with a regular scourge because it looked better with my leech. I got a reply 19 minutes later saying that they can, and then with confirmation they did. This was at 12 in the morning too! It’s amazing. As for the game, it’s best if you treat it as if it were played on console, and spend a few bucks to get you ahead of the competition as they catch up fast in later leagues.
By The Ampy

Good games with only few issues

Annoying aiming bugs never goes away that makes this game hard to be a five stars. Oh, what a shame!
By Gadegt fever

The game was overall good but the one problem that I did not like about it is when you try to use the keys on the crates that you worked so hard for it gives you crap. For example I got 100 Keys and I opened up the crate it gave me 200,000 silver that’s not too good for what they show in the crate I opened it five more times and every time it gave me 200,000 silver.
By mic bug man

This game does not protect your info. I made an in app purchase and immediately had multiple fraudulent attempts on my bank account. Now I can’t upgrade my bots or weapons now that I posted a bad review. Gg pixonic. By the way the 6th anniversary is a cash grab
By gamer 346829