Instantly view travel time (by car, transit* and/or walking) to your favourite places. Share your arrival time securely to friends and family. In a tap get driving directions in your favourite maps app. As seen on TechCrunch, MacStories, iMore and AppAdvice! ** ETA is your personal assistant providing you with quick access to travel times, transit and driving directions to all your favourite destinations. Driving times to your locations are conveniently presented on a single screen with an indication of current traffic alongside. In a tap you're delivered pre-routed, turn-by-turn driving directions in your favourite navigation app. Travelling by transit? No problems, ETA has you covered. In addition to driving and walking, ETA offers travel time travelling by public transportation (check http://www.apple.com/ios/feature-availability/#transit to see if this feature is available in your area). ETA is simple to use and provides you with the information you need to navigate your city. It's also a great companion to the navigation apps you've come to love (including Apple Maps, Google Maps, Waze, Transit and CityMapper). ETA is available as an iPhone app, a widget in Today View and on your Apple Watch. To allow ongoing updating of the Complication for Apple Watch, ETA needs to operate in the background on your iPhone. Continued use of GPS running in the background can dramatically decrease battery life. # Reviews # “[ETA offers] a simpler, faster and generally less cumbersome experience [than maps apps]” - TechCrunch “The app features a beautifully minimal, elegant design that is top notch.” - AppAdvice “This app may be simple, but it is invaluable for people like me who regularly travel across highly trafficked areas.” - iDownloadBlog “It's simple, but it's a really nice way to just glance at travel times without messing around with a maps app.” - Life Hacker “ETA is an extremely useful app that I will use all the time. It's the kind of thing Apple should build into Maps.” - TUAW "While many map apps can give you estimates for a current route, none of them let you save locations as conveniently as ETA does." - iMore # Countries Supported # To calculate travel time ETA requires Apple Maps support for driving directions in your country. Please check the following list to ensure ETA will work in your area: https://www.apple.com/au/ios/feature-availability/#maps-directions To calculate traffic aware travel times ETA requires Apple Maps support for traffic in your country. Please check the following list to ensure traffic is supported in your area: https://www.apple.com/au/ios/feature-availability/#maps-traffic 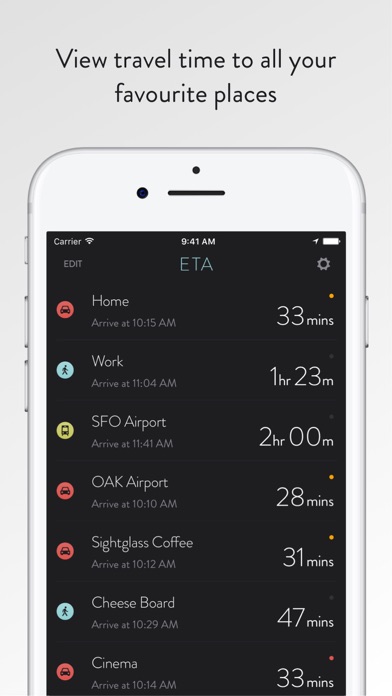 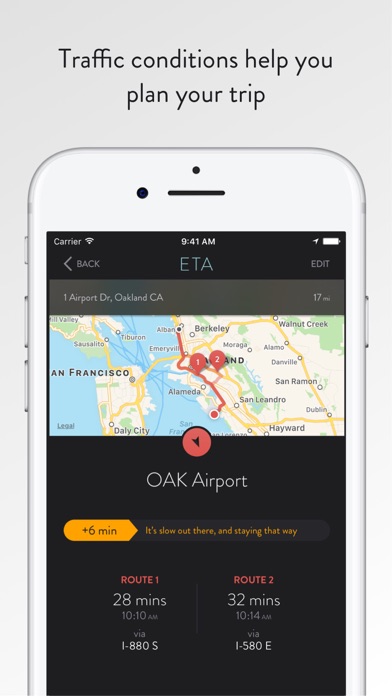 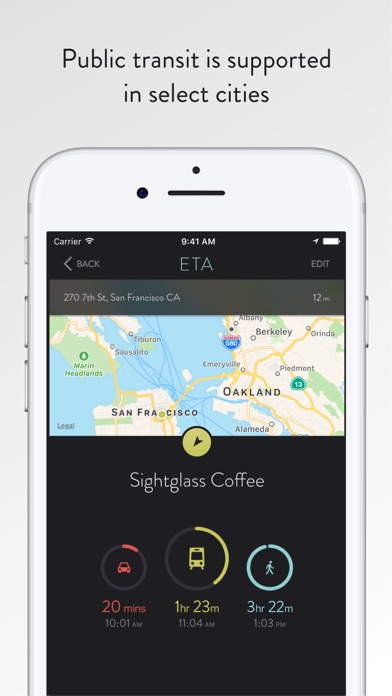 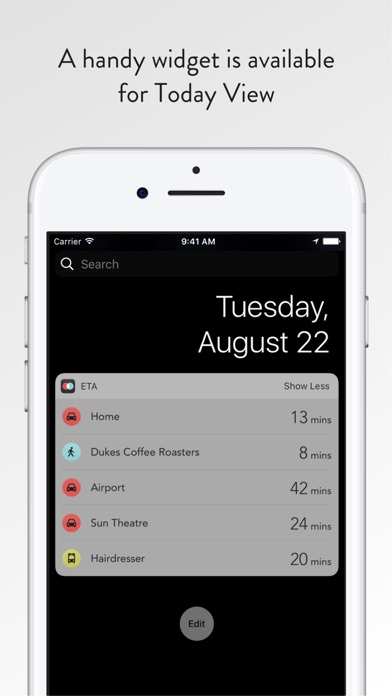 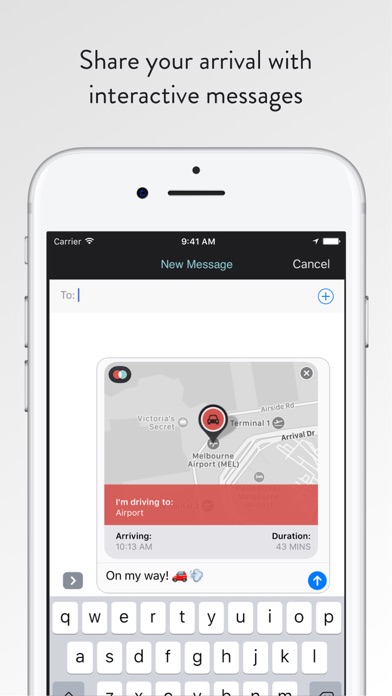 Advertised on the apple watch appstore as an apple watch app, then come to find out $3 later, that you have to spend another $2 to get a widget on your apple watch. yikes. disappointed and unsatisfied.
By notkendalll

Worked great then not

Latest version seems to have stopped working on both XR and Watch 3.
By Rosea1

Bought this for my Apple Watch. I have a watch with cellular. Noticed that when the phone not in proximity that eta was stuck with old calcs. Please allow app to be used without watch. If this happens would give 5 stars.
By budfox9

I bought the app and the in-app purchases. I have never been able to get the Apple Watch app nor the complications to work properly (Series 4 ; iPhone 8Plus). Waze has a more comprehensive ETA-based System that I was avoiding due to privacy concerns...but the better usability of Waze-based ETAs has led me to abandon this app.
By somethingelsefl

The app doesn’t do anything Apple Maps does.
By SFMike

A few weeks ago I stated how great this app really really is! Believe me that has not changed! I use this app everyday and it’s data has for me been right on the nose know matter what time of day! It’s not always now days you can find an app that is helpful to your daily travel that’s correct! This one is really down load it today! Now in fact you won’t be sorry! ( Really )
By RLNfirst

Very functional and works flawlessly. The only thing Im missing is CarPlay support.
By vkosta

probably should've listened to the reviews on this one. it's not horrible but it's kinda on and off. never know if it's going to be working. i'll be home , it realizes (stating current location), but then says it will take 0 mins to get to work. have to open and close the app a few times to a point where it's not even worth it. other than some issues it's a cool concept
By ellawinter

I like the concept of this app, and works fine with apple watch. However, I think it calculates the fastest route, which overrides my "avoid toll" option on Apple Map or Google Map. I tried to find an option in the setting, but I guess it does not have. Without this function, it is kinda useless to have it on my watchface since I do not use toll at all.
By wanchoding

Hoping for iOS 13 Support at Some Point

The app itself works fine for me I guess. I’m hoping there’ll be iOS support for iOS 13’s Dark Mode in the widget. Sometimes the widget doesn’t update. Not sure if that’s an app issue or an iOS issue.
By Gank!