The all new official App of the FIA World Rally Championship is a must for all rally fans. Experience the world’s toughest motorsport closer than ever before. Never miss a moment and watch all stages of every rally on the official LIVE Stream. Follow everything that is happening with Live Updates and check all results via the Live Timing.   Keep up to date with all the latest from the WRC and watch your favourite motorsport anywhere at any time! WRC+ The official Live Stream & Video Channel of the FIA World Rally Championship. With your membership, you will get exclusive access to all premium features of the WRC. • LIVESTREAM o Watch every Rally with ALL LIVE as closer than ever before o This includes continuous livestreaming of every single stage o TV Studio with expert analysis & behind-the-scenes stories • VIDEO ARCHIVE o Full access to the large video archive, including highlights and original features Subscription Plans: WRC+ All Live Monthly: EUR 8,99 per month WRC+ All Live Season Pass: EUR 89,99 per season In-App Payment will be charged to iTunes Account at confirmation of purchase. Subscription automatically renews unless auto-renew is turned off at least 24-hours before the end of the current period. Subscriptions can be managed in your iTunes account settings after purchase and can be cancelled anytime. Additional Free In-App Features *Live Timing* Keep track of all timing data: stage times, split times, overall classifications and much more live direct from the stages *Live Updates* Stay updated on every major development through the live updates *Highlights* Watch all highlights, recaps, previews and special features from the world of WRC *Results* Your source for all results of every rally, including FIA Championship standings for drivers, co-drivers and manufacturers *News* Stay in the know with coverage of every major happening in the WRC *Calendar* An overview of all of the rallies in the season, illustrated in detail with comprehensive information about every stop on the calendar Enjoy the FIA World Rally Championship with the official WRC App. ALL LIVE. ANYWHERE. ANYTIME Terms&Conditions: https://www.wrc.com/en/footer/information/terms-and-conditions/ Privacy policy: https://www.wrc.com/en/footer/information/privacy-policy/ Legal notice: https://www.wrc.com/en/footer/information/legal-notice/ 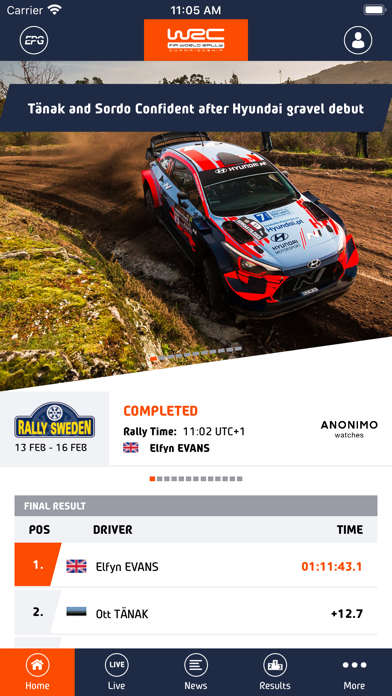 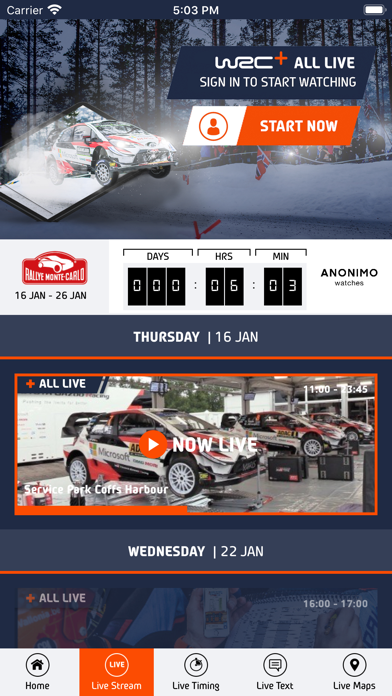 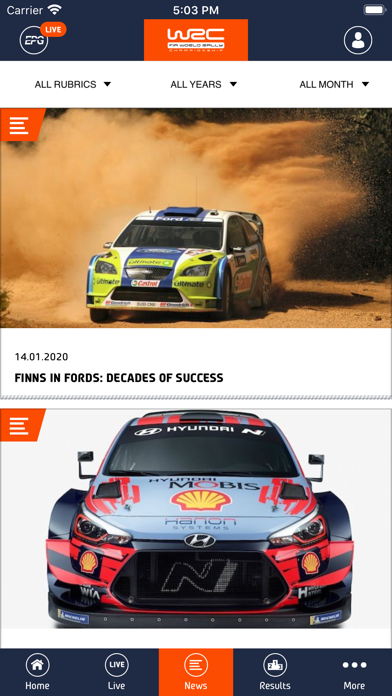 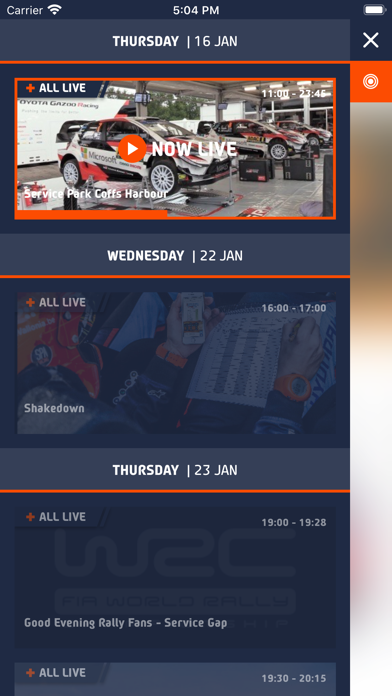 Paid for the full year but... app won’t recognize my subscription

The ap is terrible and the support is even worse. When you do have an issue the support team never gets back to you. Very disappointing for an ap that I spend $80+ a year on.
By Current Exchange User

There’s quite a few problems with the new app. 1) Difficult to navigate ** fixed 2) Missing videos, or hard to find videos Spent twenty minutes looking for daily highlights of Monte Carlo. Maybe I’m a fool but I couldn’t find the daily highlights. Ended up watching the full rally highlights. ** fixed 3) Bluetooth headphones are treated as a screen. Cannot watch while using them as the app thinks the phone is casting to a device. 4) App does not track how much of a video has been watched. Plus 1) live timing still works 2) videos work 3) live streaming still works Added two stars. Bluetooth headphones work as expected now and I am able to find videos.
By naaaaaaaaahhhh

Can’t watch even after paying $87 for a subscription.

I trusted the app to work, since other FIA series apps (like F1TV), well, actually work. I made an account and purchased a “Season Pass” for $87. When I try to watch a video, the app tells me that I don’t have an active subscription, and asks me to buy it again. I’ve checked in my iPhone settings - the subscription is there. Out of curiosity, I clicked the button that would buy the subscription again, and I was given a pop-up saying “You already have this subscription”. Updated the app, and still no dice. This is a really bad user experience, guys. Come on.
By andrew_macgillivray

After 2020 update, this app is one of the worst app I ever had. It’s crashing, it’s not as easy as it was before. They managed to lost my one year subscription, It supposed to last until April, but after update I lost it.
By sucksuckssucks

I paid for a WRC+ subscription and the app won’t load any live stage videos. Don’t waste your money.
By Littlegrnfrog

This app is Terrible

Purchase a subscription and it doesn’t work!

You purchase a subscription, they take your money and don’t give you access! I was looking forward to the Rally this weekend but instead got $9.00 stole from me and no access. Now trying to get a refund from Apple from this rip off app! Don’t purchase anything through this app!
By Weather pain

Once reaching to Australia stages, after finishing the first stage and starting second stage the game automatically exit from the App, I deleted the app and redownlod it again and the same problem. Such a problem should be solved, otherwise should return back the money paid for the game.
By Ramzi S.