Clover is more than a dating app, its a singles app! Come join the party and make new friends while you find a date. Whether it's making new friends, dating or finding love, Clover can be used by everyone. LIVE: • Interact with 1000s of live streaming singles locally or worldwide • Go live instantly, build a following and earn rewards • Chat with other users and meet new people DISCOVER: • Browse singles nearby or around the world • Use powerful search filters to find your match • Private live video chat • Organize your favorites DATES: • Find local singles ready to date • Set up virtual video dates • Schedule real dates at local venues MIXERS: • Join group chats • Meet singles with shared interests • Find singles events, parties and online meetups Meet people even faster with Clover Premium: 1 week at $19.99 USD 3 months at $74.99 USD 12 months at $119.99 USD Sign up today and try Clover Premium FREE for 7 days! Please note that with all premium subscriptions: Payment will be charged to iTunes Account at confirmation of purchase. Your account will be charged for renewal within 24-hours prior to the end of the current one week, three or twelve month periods. Auto-renewal may be turned off by going to the user’s iTunes Account Settings after purchase. No cancellation of the current subscription is allowed during active subscription period. Any unused portion of a free trial period, if offered, will be forfeited when the user purchases a subscription to that publication, where applicable. You must be at least 18 years old to sign up for Clover. At any time, you can review our Privacy Policy at https://clover.co/privacypolicy Our Terms of Use is available at https://clover.co/termsofuse 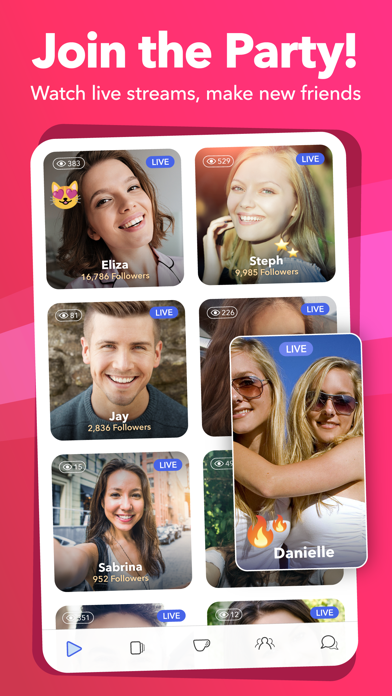 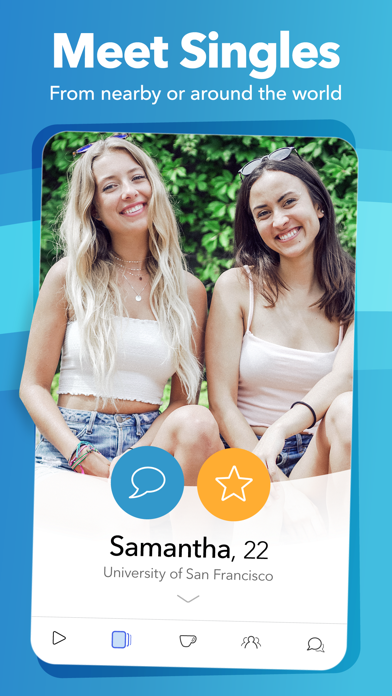 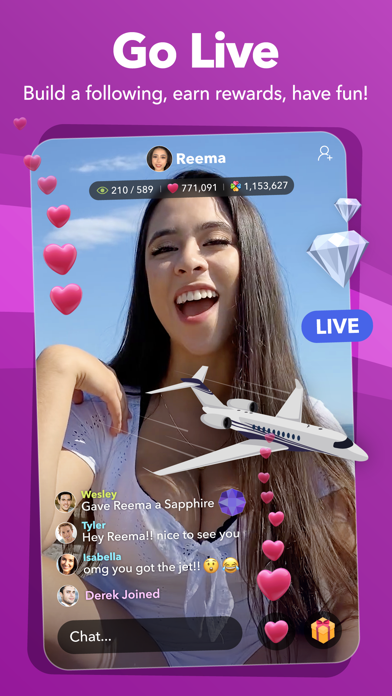 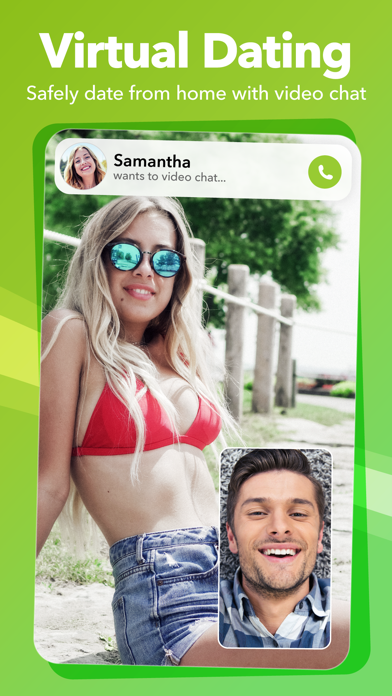 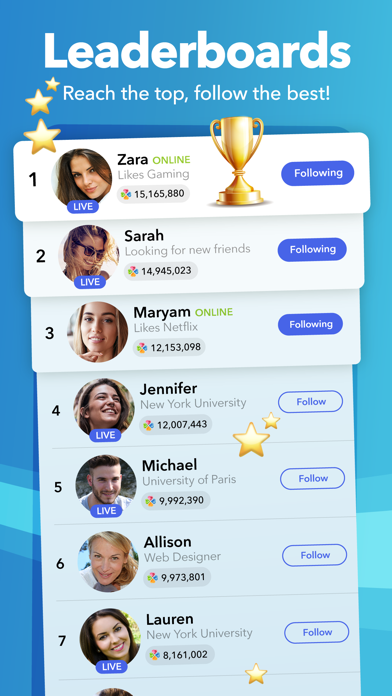 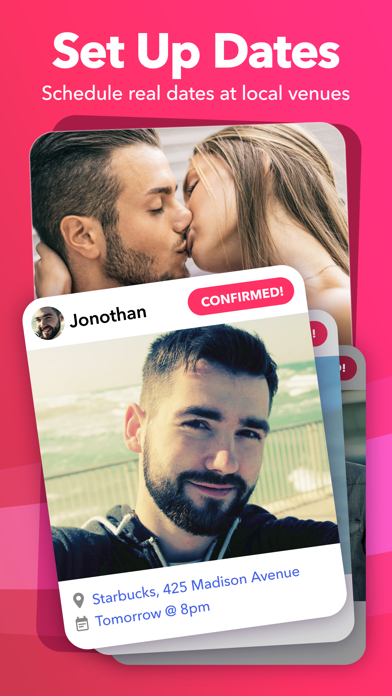 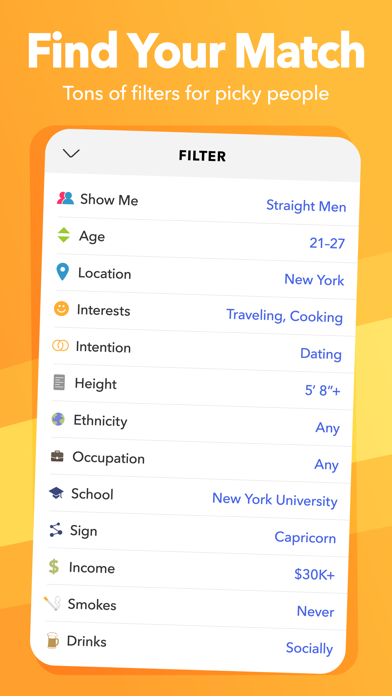 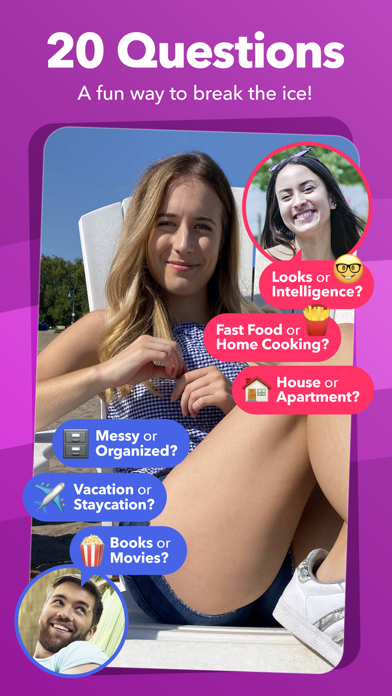 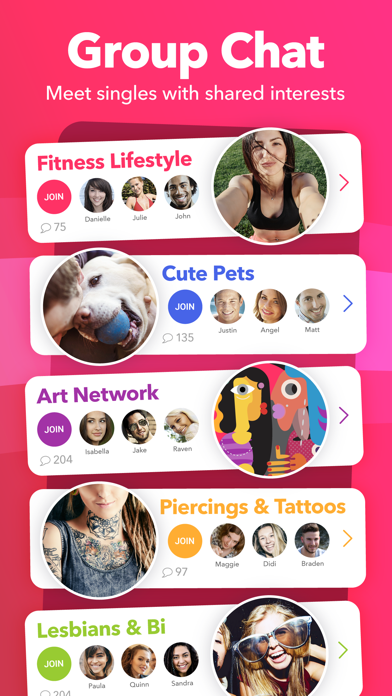 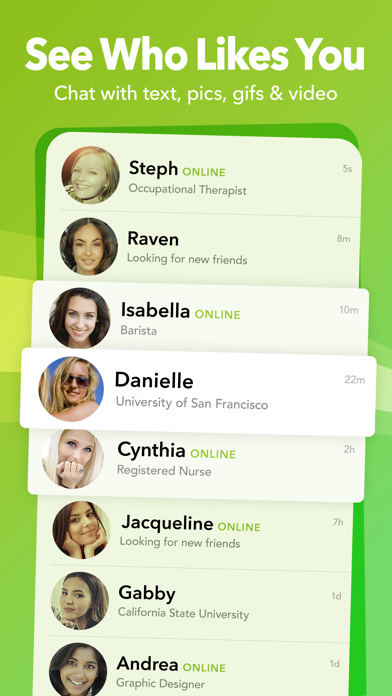 Best app ever so far
By princesszmggg

I want my money back!

Not a good app!! You get banned for no reason!!

I downloaded the app because a friend of mine had it. It wanted to charge me. I won’t pay for an app that just started doing the streaming thing in February 2021. My friend was a streamer, might have streamed on there 5-7 times. She is kinda shy, so she doesn’t show her face a lot of the time. But she talks to her viewers and thanks them for there gifts. She went on there this morning and noticed that she was banned, and her account was deleted. They tried to say in the email they sent her that she either showed nudity/sex toys, asked for sexual favors for gifts, her profile picture was to sexual, and or she was asking people to gift her. I was in her stream the last time she was on and none of that happened. This app is a joke, don’t use it or download it.
By dudeica2003

Charged my card without my authorization

They charged my credit card without my permission, sneaky app. Support basically non-existent. Avoid this app!!
By fitnessporpoise

I signed up, decided to pay for the subscription because of the reviews I saw. I set up my account. And next time I looked at the app after a few days, I got an alert that I violated the terms of service. I wasn’t on the app for long and hardly used it other than to get set up. Don’t know what I did and can’t sign in to see. My experience wasn’t much experience at all. Wouldn’t recommend
By puppylovepink

If you like live streams, this is your site. Lots of beautiful girls. Unfortunately almost every girl I got a message from was trying to get my personal information, or get me to buy things for her…so yeah no.
By Shiftingdragon

I have found so many amazing friends. Love the app. Recommend to anyone over the age of 18 of course
By kimkimomkomiki