• 90% of kids brush longer with the Disney Magic Timer app by Oral-B • Featured as “Best new App” for “Kids” • # 1 Downloaded free app for kids “Ages 6 to 8” on iPhone in the US and 40 other countries • # 2 Downloaded free app in “Health & Fitness” on iPad in the US Bring more fun to your daily brushing routine with Disney Magic Timer by Oral-B! Now featuring twenty-three of your favorite Disney, Marvel and Star Wars characters, use this app to seamlessly encourage your kids to brush longer. Longer, happier brushing for your little one is just a download away! All it takes is three simple steps: 1. Download the Disney Magic Timer app by Oral-B 2. Scan any Crest or Oral-B Pro-Health Stages product with your iPad, iPhone or iTouch 3. Reveal more fun and let the brushing begin. See how it works: http://www.oralb.com/stages/disney-timer-app ***Characters featured in this app: • Nemo • Dory • Olaf • Elsa • Anna • Darth Vader • Yoda • Storm Trooper • Belle • Ariel • Cinderella • Rapunzel • Thor • Iron Man • Hulk • Captain America • Lightning McQueen • Dusty • Doc McStuffins • Mickey Mouse • Minnie Mouse • Tinker Bell ***Compatible with any Crest or Oral-B Pro-Health Stages products. *** Compatible with iTouch, iPad Air 2, iPad Air, iPad Mini, iPad 3, iPad 4, iPad 5, iPhone X, iPhone, 8+, iPhone 8, iPhone, 7+, iPhone 7, iPhone, 6+, iPhone 6, iPhone5s, iPhone 5c, iPhone5, iPhone 4s, iPod Touch 5 and iPod Touch 4. Before you download this experience, please consider that this app contains in-app purchases that cost real money. This app will use your device camera for scanning any Crest or Oral-B Pro-Health Stages product to unlock sticker books. This app also allows content to be saved to external storage. If you’re experiencing difficulties with audio, please check the audio settings with your device to see if your device is muted. For assistance, please visit our customer care FAQ page here: https://help.disney.com/en_US/Apps/Disney-Magic-Timer Privacy Policy – https://privacy.thewaltdisneycompany.com/en/ Terms of Use – http://disneytermsofuse.com Your California Privacy Rights: https://privacy.thewaltdisneycompany.com/en/current-privacy-policy/your-california-privacy-rights/ Do Not Sell My Info: https://privacy.thewaltdisneycompany.com/en/dnsmi/ 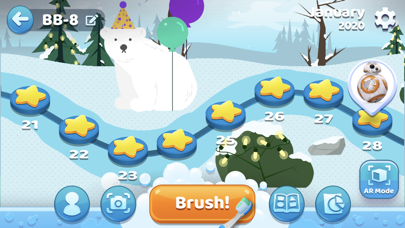 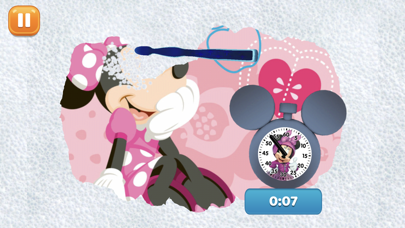 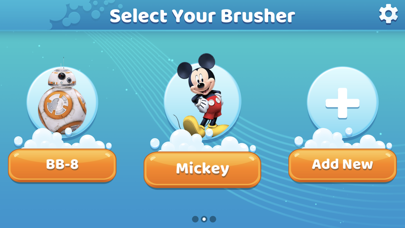 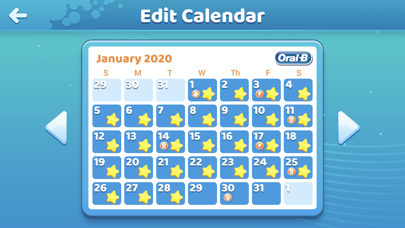 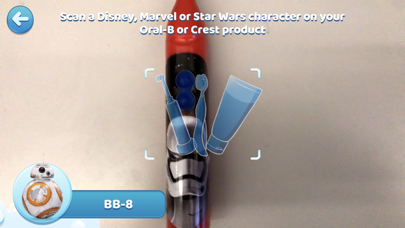 I’ve been using this app for about 2 years. I have an iPhone 8. I’ve gone through frustration because I thought they had Winnie the Pooh characters, problems with long load times and scanning issues in the past. Now with this new update, the character selection screen is a lot better. They’ve added a new screen that lets you see how many times your child has brushed in 7 days and also 30 days. That’s only useful if you’re using the timer every time they brush (which we do brush, but don’t necessarily use the timer each time). I’m also happy to report that the long load times have disappeared. I’m still frustrated over the poor scanning feature. I’ve been trying to scan Cinderella for almost a year and still can’t get her to come up. I’m not willing to pay to unlock a character if I have the toothbrush right in front of me. I’ve also noticed recently that the sound has disappeared. I have to go into my child’s profile, hit the brush button and then pause when they get to the timer. Magically it turns on, but they miss the sound from the little video that plays before the timer starts so sometimes we have to go back to it. Please fix these issues. I like the app enough to use it each time, but these small issues make it difficult for me to want to use it every time.
By Mokioki

This has helped me with brushing my teeth because it gets me in a habit of brushing with my favorite Disney characters.i won’t give it 5 stars because it needed to tell me when it’s time to brush.
By belley789

Good for basic use only.

My grandchildren used to use this app while staying with me in the past. There has been some update which has wiped out their history and all the stickers they had collected. What a sad move on the developers part. We have attempted to start over and have been unsuccessful in scanning ANY product. If you want a timer, the app is fine. If you want anything more, forget it. Looking through reviews, you can see they’ve failed to make the necessary improvements. Why would I want to invest my money in this when it doesn’t work? Much improvement needed!
By TamiRice

App does not work as advertised!

Good luck getting the app to scan/recognize any product you buy. Two kids, two tooth brushes (Ariel, Rapunzel). Also tried their old one Belle and none of them will scan.
By isaid8675309

I just bought the Tangled battery toothbrush specifically for the App, & I have spent the last 2 hours trying to get the app to scan the toothbrush. I have followed the instructions on the FAQ page to a T in multiple areas of my home, even outside, and the app IS NOT recognizing the toothbrush. Also disappointed that at the bottom of the page you click email & can type the email but cannot send.
By redneckcowgirl2012

It could be great if it ever worked consistently

The sound almost never works. I have to toggle sound off and sound on, and even then transition sounds are intermittent. Cut scene sound has NEVER worked. Also, can’t share the login with my spouse so they have to use my phone to use the app. Needs work, Disney as a huge media company should have this figured out. My kid loves it, when it works.
By sepirts etihw

Music on home screen and during brushing only works when I go into the settings and turn the sound on and off before starting. Sound for each of the characters intros and count down only works one every 20 times, if we’re lucky. Also Frozen 2 only has 20 stickers possible??? What is that?? And how is there not a Moana option or Finding Nemo (not Dory) option? I want to love this app because it gets my son to be willing to brush teeth without tears but the consistent technology issues and requests for characters not supported are disappointing as the adult.
By cantfindanicknametopostareview

Used to love this app!

My daughter and I use to love this app, until I got a new phone. I upgraded to the iPhone 11 Pro Max and none of the characters we had unlocked or the stickers she had earned transferred over. And the ‘restore purchases’ in the app settings does nothing. Very frustrating since I spent money to unlock some of her favorite characters.
By Shell1107

Downloaded this for my toddler. She loves Frozen. Tried to scan her Frozen toothbrush so she could unlock Anna character and the camera feature wouldn’t work. I agree that consistent brushing should be rewarded by being able to unlock either new characters or stickers. Kids need incentives. Please fix glitches
By Cruzin SD

My son loves that he gets a sticker every time he brushes his teeth and it certainly makes the task easier. I’m very frustrated with the scan feature. I have bought products only for them to never be recognized. My son doesn’t understand why we can’t get the character even though he is brushing his teeth with a brush depicting said character.
By CLQueen

A Wrinkle in Time Stickers

Pirates of the Caribbean

Beauty and the Beast Pack 2