Welcome VivaVideo 9.0 ! Meet New Editing Style！ VivaVideo is an interesting and powerful video editing App that helps you easily record and show your life. Amateurs can cut and combine simple and intuitive clips anytime and anywhere, while professionals can have unlimited editing fun with powerful high-end editing functions. Download now and start making amazing videos. -Rich and interesting text styles and dynamic effects -Cool video transition -0.1 - 10x video speed change -High resolution video output and sharing -Arbitrarily crop and rotate the video area -Huge selection of music and stickers -Cinematic filters -Import music through iTunes, recording & videos -Colorful video decoration -Easily add photos to make 10 seconds cool-short music video VivaVideo Subscription: - You can subscribe for unlimited access to all features and content offered for purchase within VivaVideo. - Subscriptions are billed monthly or annually at the rate selected depending on the subscription plan. - Payments will be charged to iTunes Account at the point of purchase confirmation. Subscriptions automatically renew unless auto-renew is turned off at least 24-hours before the end of the current period. Your account will be charged for renewal within 24-hours prior to the end of the current period, and you will be charged according to your payment plan selection. Subscriptions may be managed by the user and auto-renewal may be turned off by going to the user's Account Settings after purchase. Any unused portion of a free trial period will be annulled when the user purchases a subscription to that publication. Terms of Use: https://rc.veresource.com/web/vivaVideo/TermsPrivacy.html Privacy: https://rc.veresource.com/web/h5template/9b808c1d-df92-4dea-8488-0bcb41c7aca7-language=en/dist/index.html Email: support@vivavideo.tv Acknowledgements: FUGUE Music https://icons8.com/music/ We provide computer software design, computer software's update, computer programming and related services to users based on VivaVideo's powerful technical capability. 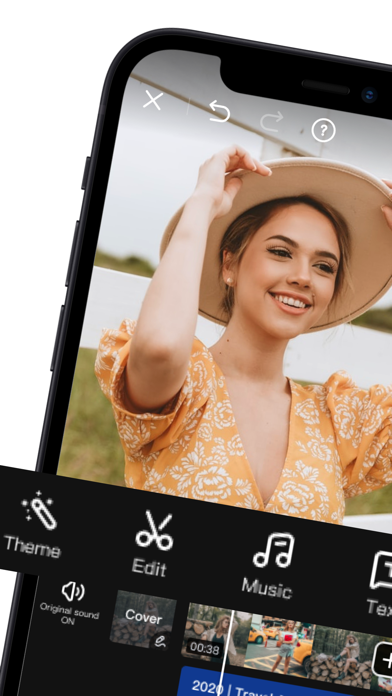 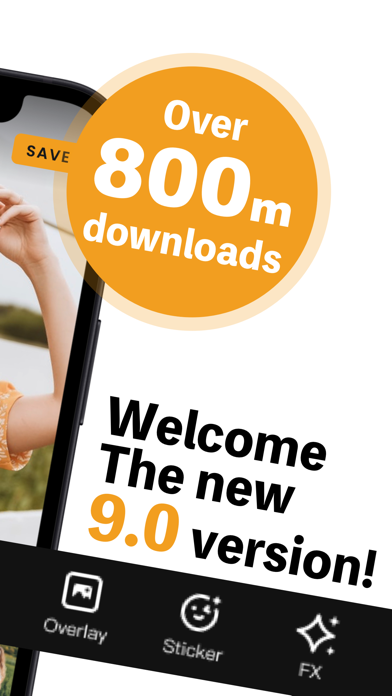 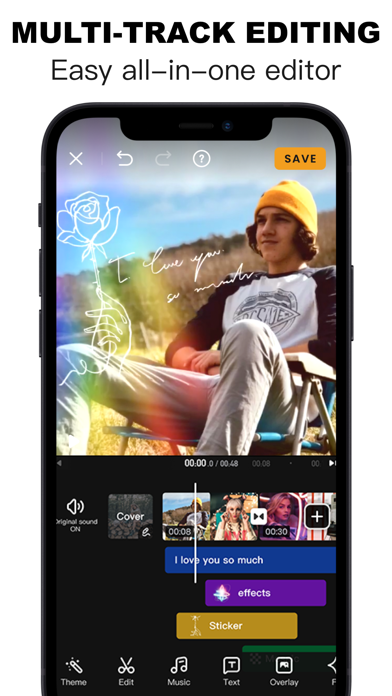 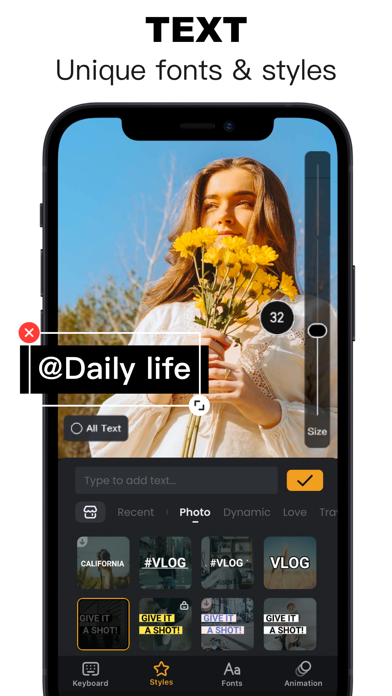 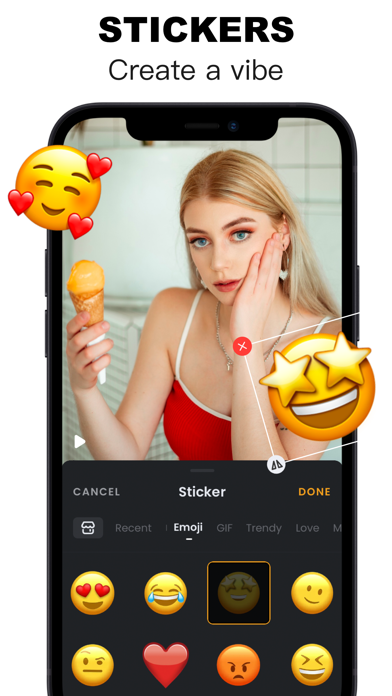 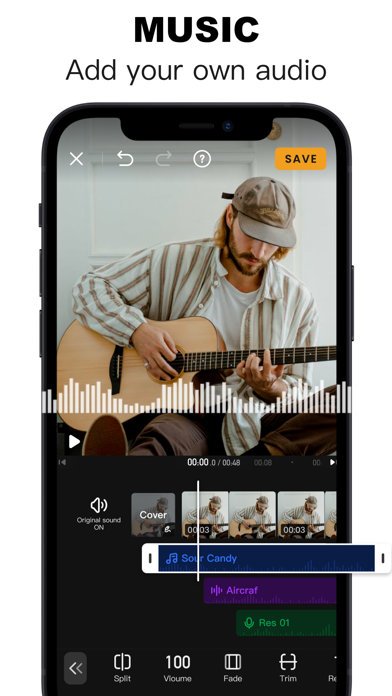 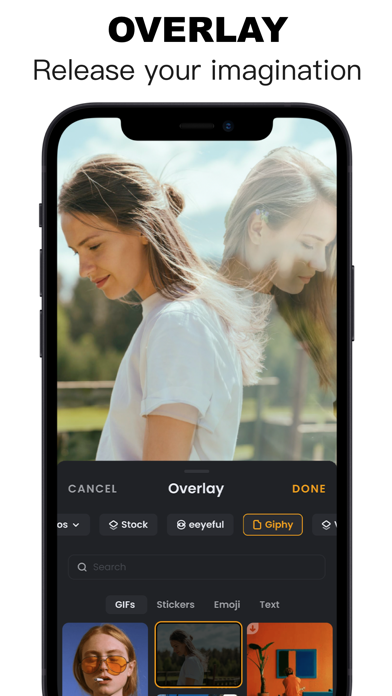 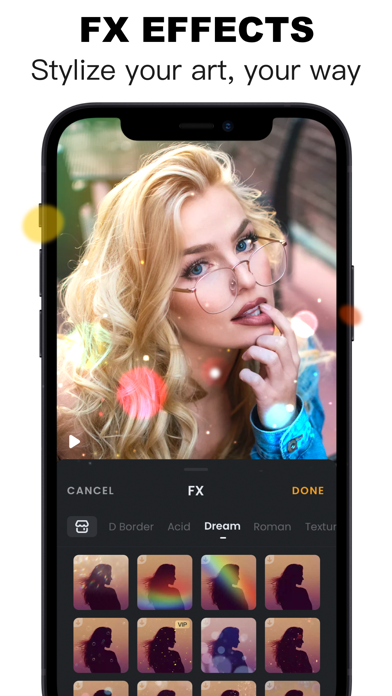 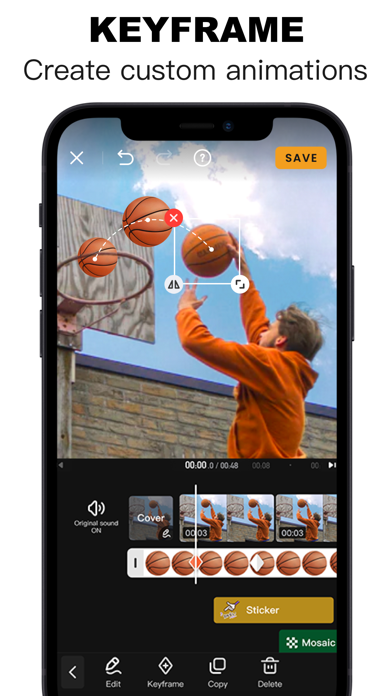 Not what I was expecting!

I’ve been trying to get a refund for not canceling my subscription on time. I’ve tried with apple but there’s nothing they can do in their end. So I’m left to try my luck here. I got this app to help me make a video collage, but that’s something that’s not included. Though there are some other great features with this app, o personally wasn’t able to get it to do what I wanted. That’s why I wanted to use the free trial to determine whether I wanna pay for it or not. But I forget to cancel because I didn’t really found it useful for my needs. Now I’ve paid for a whole year and I’m most likely never gonna use it. I was hopping to get a refund! Thank you.
By baby jay😍

Latest update removed some features and now I can’t even start any new projects. What happened?
By The_Bipolar_God

All my videos disappeared!!!

Keeps crashing on me, slow and made all my edited videos disappeared when I'm almost done editing!!!!!!!!!! Happened to me so many times!!! So frustrating!!!!
By ghjvhdhdgjfjfj

I don’t like the new version of the VivaVideo app! Where’s the “voice changing” feature? Bring back the old version!‼️🙌🏽
By fjjiddcvh

The recent update is very annoying and not user friendly it make it more hard to edit cut and trim videos. Anyway i can install older version. Please improve the app to be user friendly and have computer version that will make it more special app if you could have it run on computers.
By Amkojber

The app is very nice in reality. Has lots of functions and templates however with this new update it is really messed up, especially the edit and cut and delete functions. They removed the cut and made it a “trim cut” which is useless. Have to click on the cut, then it will “trim cut” highlight the section, then cab cut, previously could easily be done with one push, now 3!!! In order to delete one has to grab, drag and drop the section to delete which is a serious hassle for small sections. Before could easily just push the trash can.
By Yourhortlakship

Usually a good app, but recently after hours of editing, mid edit all of my work literally disappeared. Also music is glitchy on this app, whenever i trim my music it just mutes it out permanently so i have to delete the song and put it on again. I pay for premium so it’s frustrating to deal with this l.
By VonteGreen

I just noticed things got moved around. Please don’t do that 😭😭😭
By lennieth

To be honest you shouldn’t use this app for making YouTube videos because the music is copy written when I uploaded a video.
By PokingPanda