This application is your guide to the 4x4 and snowmobile trails of Northern Michigan (Lower and Upper Peninsula). Trail data is stored on the device, so if you are out of cell coverage you can still view the trail locations and your current location (underlying map data may not be rendered without data connection). Disclaimer: Trail data is from the Michigan DNR and is not guaranteed to be accurate. Some trails are seasonal and lie on private property. I am not responsible for any damage caused or liability incurred while using this application. If you like the app, leave a review. If you don't like it, still feel free to leave a review, but please try to mention your issue so that I can address it in a future update. Thanks! 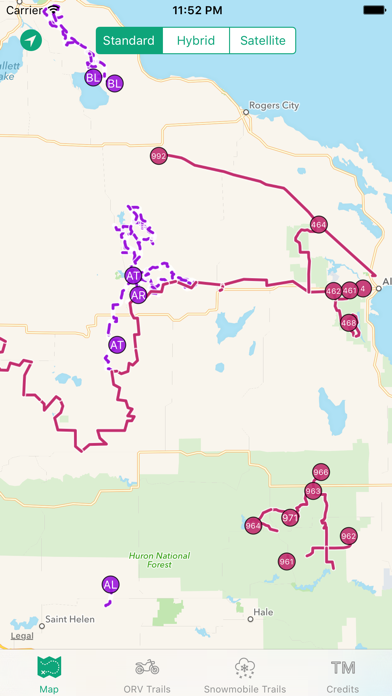 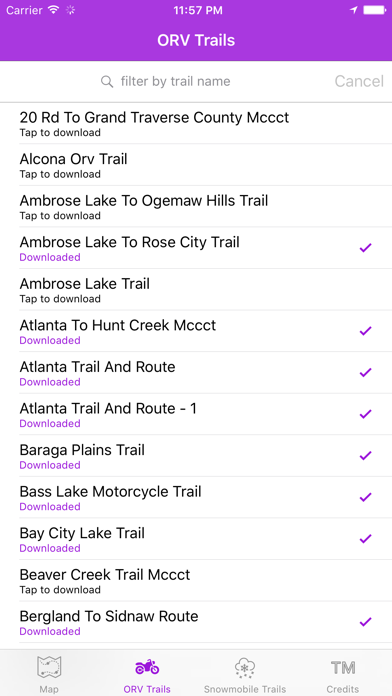 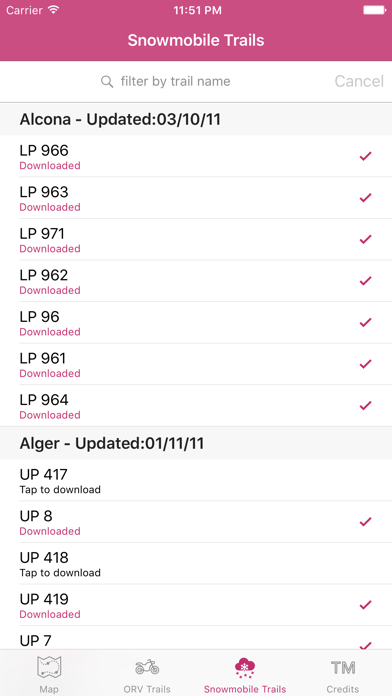 Would be great if the map wouldn’t show straight lines all over. Makes the map difficult to read.
By tboneskies

It’s a great app. I downloaded all of the maps, then it looks like it added extra straight lines that garble everything up. It would be great if those weren’t there.
By DGUKDAEG

App is ok. Download the maps before you go. If you want to explore, that’s a lot of maps. And bring a magnifying glass to read, wish it was more interactive. Much room for improvement.. keep going!
By EN Adams

Pretty nice app. Developer: why don’t you keep going with it and add the forest service roads and county road two tracks for us Jeepers.
By Tony 1344

The trails aren’t labeled very good when riding but using this app with gps is great because it shows your location on the map. It was well worth the $3 to get around here on the upper Peninsula! When you download it I recommend downloading ALL of the trails the four wheeler and the snowmobile trails you can get anywhere you want the area is covered in trails. We took an atv from paradise the whole way across!
By JaynieR2014

Straight lines where there are no trails. I did see it mentioned in a previous review, assumed it was fixed. I was wrong. Don’t waste your money.
By Browntown5555

This is a really handy app for anyone that rides ORV trails in Michigan! Especially when you ride a new trail. The map was accurate and easy to use. Highly recommended!
By Danerd789

This app is a joke.
By BBRC2