FINAL FANTASY VI for the iPhone/iPod touch/iPad is here! FINAL FANTASY VI first debuted in 1994 as the sixth installment in the iconic FINAL FANTASY series. Innovations included the ability to play all the main characters as the game's protagonist, and to this day, its epic story intertwining each of their fates is still highly rated and wildly popular. The characters' dramatic performances are also highly rated, including the catastrophe occurring midway through, which delivers a particular emotional jolt to players. With plenty of abilities available and the magicite system for controlling spells/summoning, players can develop their characters any way they want. This was also the first FINAL FANTASY game to include the Ultima Weapon, the most powerful sword of all and a recurring item in subsequent titles within the series. Features • Game data saved with iCloud can now be shared across devices! At home or away, on your iPhone or iPad, pick the play style that's best for you. • All graphics have been painstakingly recreated, bringing the world of FINAL FANTASY VI to your mobile device for the very first time! Kazuko Shibuya, one of the graphics designers involved in the FINAL FANTASY series from the very start, personally worked on the main characters and supervised the recreation of the game's graphics. • Square Enix's vast experience in A-list smartphone RPG titles has been harnessed in implementing intuitive user-friendly controls that make the game easy to play on touch screens. The battle interface has received particular attention, with a complete overhaul for use on your smartphone. • This smartphone release includes the new magicites and events that were introduced in the 2006 remake. • Some events have been optimized to be played with user-friendly touch controls. Story The War of Magi left little but ashes and misery in its wake. Even magic itself had vanished from the world. Now, a thousand years later, humankind has remade the world through the power of iron, gunpowder, steam engines, and other machines and technologies. But there is one who possesses the lost power of magic--a young girl name Terra whom the evil Empire has kept enslaved in an effort to harness her power as weapon. This leads to a fateful meeting between Terra and a young man named Locke. Their harrowing escape from the Empire's clutches sets in motion a series of events that touches countless lives and leads to one inevitable conclusion. ***************************** Recommended Devices: - iPhone 4S or later - iPad 2 or later Certain in-game conditions may cause the app to close unexpectedly on iPhone 4. To minimize complications, please take the following precautions when playing: - Save your game data regularly. - Close the game via the multitasking display after exiting. 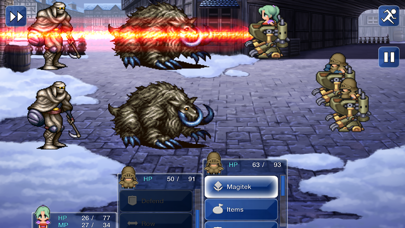 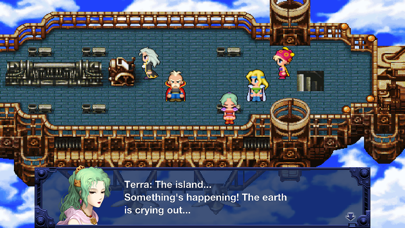 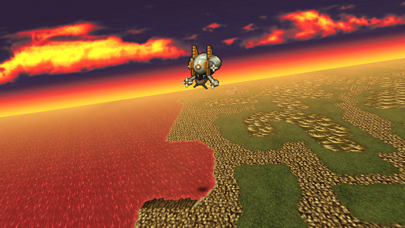 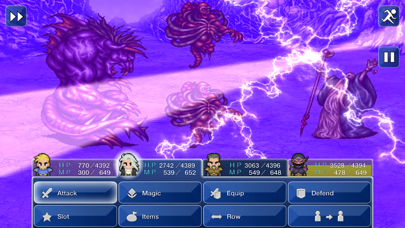 Let me start out by saying that I really like FF6, and am running this Mobile port on a brand new 1 week old, iPhone 11 Pro Max. First, even after reinstalling the app, the game crashes allot randomly. Second, for being a full priced game they didn’t do that great of a job with this port. Literally NO bug fixes (blood sword with Genji glove still drains your own chars health) and so on, and allot of the mini games( opera took me 30 tries) just simply are NOT made for a touch screen device, if I could request a refund I would. PS: to the people reviewing this saying “what a great port!” Please stop flat out lying to people, you either wouldn’t know a good port if it smacked you in the face or your intentionally misleading people.
By mightmonte88

I play the game and it doens’t crash but if I upload my date to the iCloud it crashes. It’s just small bug if you could please patch it that would be good.
By omegasnake9999

This game on apple tv would be even better!
By Erk998

As of this review, I unfortunately report that the game has issues on iOS 13. I beg Square to optimize this game for iOS 13 and onwards. The game runs well enough, but it has completely random shutdowns and crashes every 15-30 minutes and the causes/timing are too random. They usually occur during battles- thank goodness for a robust autosave feature. Please optimize this game.
By Wolfy.64

I love the game but would seriously warn anybody who wants to buy this that it crashes constantly!! There are not a lot of saves so there have been multiple times I have made a ton of progress, it crashes, and progress is completely lost... This is really unacceptable for $15 price tag. I wish I could get my money back since it is unplayable. Don’t buy this..
By Mikey-0's

This is a game I love and have loved since it first came out for the SNES. However, the controls for the phones is absolutely, absolutely, absolutely terrible! Normally the directional control in the bottom left would be perfect, unfortunately wherever you put your finger the control pops up. So as your moving your finger across the “pad” its terribly inaccurate causing you to often go in directions you don’t want to or not being able to go where you want to very well. I’m absolutely at a loss as to why the developers would not just keep this stationary on the screen like so many other games.
By ApophisofOrion

I really love it

I never played this title back in the day. I started on Final Fantasy IX, then X, then XII, then back to VII. I played the first two on mobile as well. Couldn’t play much on X-2 or XIII because they both sucked, and didn’t get the chance on VIII. So with that background, I wanted to try out the last of the 16-but era. I’m not interested in a 3D remake of a 2D game. I usually don’t like such changes in art style, but as I didn’t play the original, I don’t miss it, and at least there’s some censorship removed, only more lenient version is PS1, and I won’t deal with load times. Anyway, I’m about the halfway point now, leveling characters abilities up. All I can say on this app is you better save your game every 5 minutes, because it crashes quite often for no reason. And cloud saving crashes it about half the time, although at least you don’t lose progress there. I’m using an iPhone 8 Plus with the latest update. Not sure if it’s simply Apples iOS updates breaking these games, or that the game developers have gotten lazy. I’ve read many reviews that say this is a sloppy port. Gotta say, up until FF13 it seems Square put forth a better effort. FF12 is easily the best of the 3D for playability, 10 for the linear story, and 9 is still my favorite as it was my first.
By Jdawg909

I keep experiencing the game closing out randomly after a couple hours gameplay. However It’s a good game and well worth the money so please fix the issue thanks.
By to much of the turh hurts