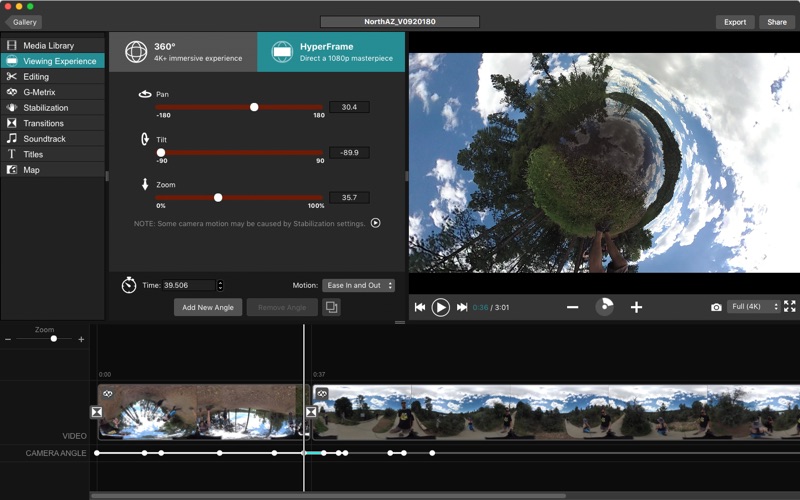 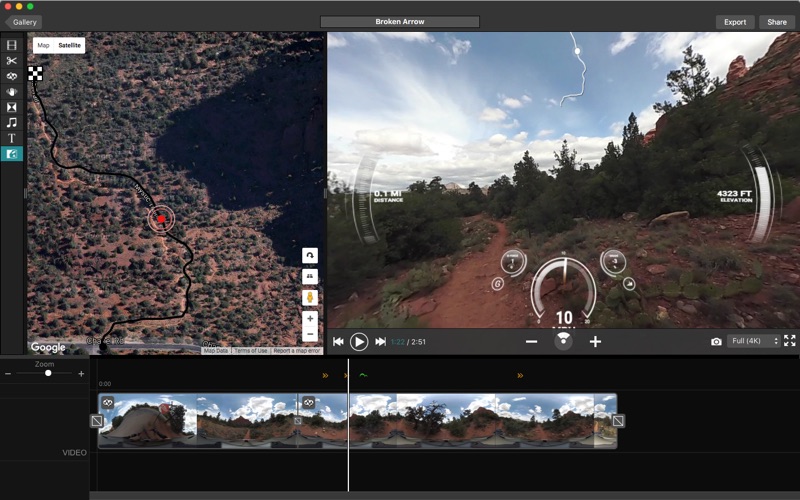 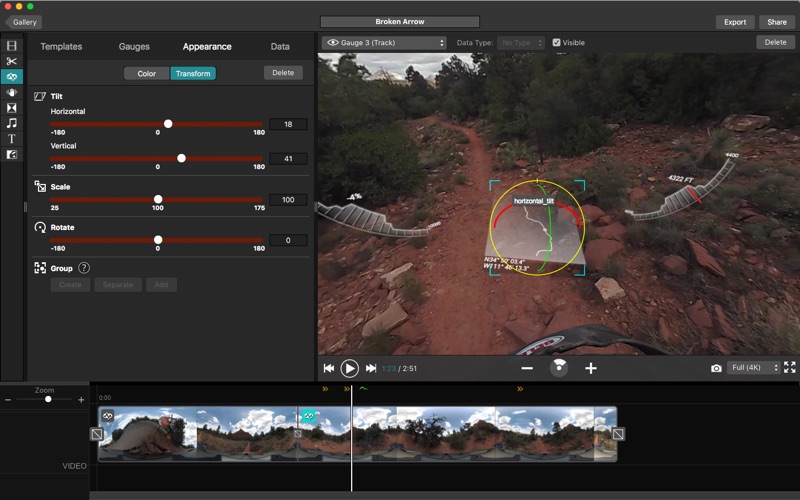 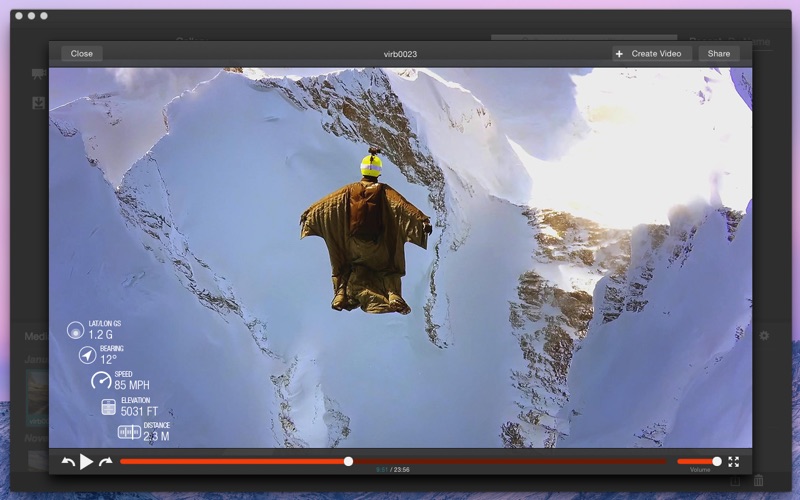 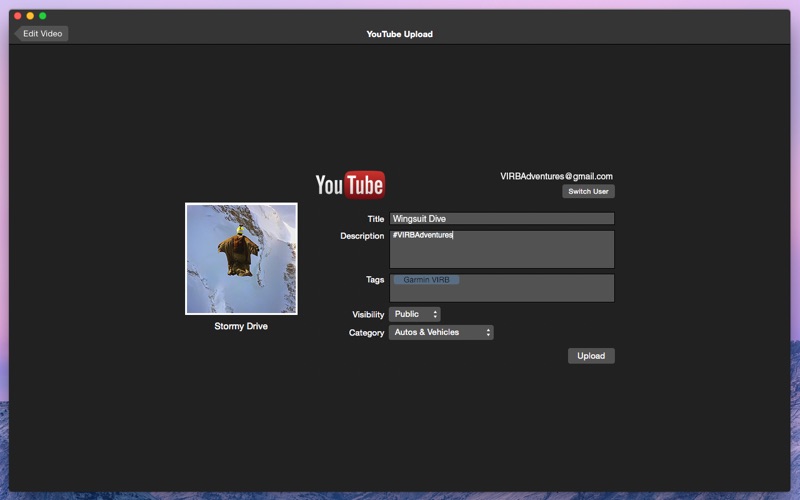 No matter how much I delete, my clip library shows to be full and I can't import any new video. Why does this happen? This software is literally useless if I can't import new videos.
By 3855312799432

The background music is not loading or playing in Auto-Create Video. Playback is really choppy compared to PC version.
By Diputswab

Great functionaly, but plauged by instability.

Once you get the hang of it, adding telemetry to your videos is fun. But it crashes all the time. All. The. Time.
By Michael Ahlers

This software has a ton of potential, but unfortunately it lacks some basic features and the whole thing is extremely buggy. I own the VIRB 360 and one of they key features is its ability to shoot 5.7k RAW footage with its two cameras, which you can then stitch later into a 360 spherical video using Virb Edit. While 5.7k offers twice the resolution of a 4k video and has almost 3x the bitrate, the Virb Edit stitched 5.7k video looks worse than the in camera stiched 4k video. Details that were in the original raw files are lost entirely, its as if the footage was downsampled to a lower resolution and then upsampled to 5.7k again. I have come across numerous other bugs that I will not enumerate here, but suffice it to say that it is borderline unusable. It is unfortunate because the VIRB 360 is actually a great piece of hardware, but suffers from lack of supporting software. I would love to use the full potential of this camera one day. I have been waiting patiently for Garmin to resolve these issues since I purchased my camera back in Sept 2017. It would be extremely frustrating if they release a new camera prior to fixing their software, as its not the hardware thats the issue.
By Afrim

Needs to much computer to render or edit. The Garmin Virb edit is slow on both my mac and windows studio. Now I am stuck with $1000.00 paper weight (with all the extras I purchased. Not ready for prime time...
By Mr Pixel In Las Vegas

Bought the Virb elite 30 specifically for the g-metrix for cycling. Virb edit is not intuitive and difficult to find/add gauges - frustrating waste of time. very unhappy. looking at poor reviews from 2014 I’d like to know why this hasnt been fixed - very poor support.
By TheCityGuy

App is super buggy and crashes on exporting video, worthless!! I’ve tried on 3 different computers and can’t get this thing to work, macbook, windows 10 and windows 7. Overall crappy software from Garmin as I probably should’ve expected from previous experience with this company.
By acole1381

so far so good

I have Garmin VIRB camera that I use for aviation and so far this software works pretty well under Mac OS Sierra on Mid-2017 Macbook Pro 15”. I didn’t try it with High Sierra yet so I can’t comment if it works with High Sierra. Otherwise, I can view my flights with GPS statistics (G-Matrix) no problem. I actually like this software but I have been using it mostly for viewing video clips with the G-Matrix data displayed on. I’m very pleased about being able to see basic flight data (elevation, speed, distance, map) right on my clip so I can analyze my flight at home.
By matwoj

Part of the reason I purchased a Virb vs a Go Pro was due to the Virb Edit software with G Metrix feature. Well now the software is non functional and negates the reason I chose Garmin over Go Pro… Come on garmin let’s get this fixed!!!! Software allows me to pull the footage off my camera onto my computer but I can’t do anything else without crashing.
By Frustrated in Nor Cal

I’ve used Garmin products forever and generally really like their GPS devices, but their computer software is consistantly poorly thought out and inadequately tested. Garmin VIRB Edit is no different. Frequent crashes, pinwheel hell, etc… It appears that once an imported clip becomes corrupt the video it is in can’t be edited and trying to put that clip in any other video crashes the app. Unfortunately deleting and reinstalling the app doesn’t help and there’s no indication as to why the clip has been corrupted. I’m now on the search for some other software that will use G-Metrix.
By cgibb