Play 1,000+ exciting levels in Disney’s amazing puzzle game, Frozen Free Fall! Get ready for an epic puzzle matching adventure in the Kingdom of Arendelle, inspired by Disney’s Frozen movie! Join Anna, Elsa, Olaf and more of your favorite characters on a puzzle journey to slide and match-3 hundreds of icy puzzles for FREE! This game contains in-app purchases. Unlock MORE seasonal puzzles and game modes as you explore the land with our new updates! Enjoy playing puzzle games along with Olaf the snowman and other Disney characters! EXCITING MATCH-3 PUZZLE GAMEPLAY – Slide beautiful and colorful ice crystals to match 3 or more gems, and test your matching skills with extra challenging objectives! UNLOCK YOUR FAVORITE CHARACTERS – Follow the story and play with even more characters like Anna, Elsa, Olaf, Kristoff, Sven, Hans, and more! UNIQUE POWER-UPS SPECIALLY DESIGNED FOR EACH CHARACTER – Use Anna’s torch to burn up an entire row of crystals, or Elsa’s glacier power-up to make all of the same color crystals magically disappear! Try Hans’ sword to slash right through the crystals, and explore many more cool power-ups! BRING YOUR OWN ARENDELLE TO LIFE - Earn coins & rewards by completing puzzles to decorate and customize your own Plaza in Arendelle with shops, fountains, carts, and more! iCLOUD SUPPORT-Sync your game progress across multiple Apple devices through iCloud! We respect your wishes regarding your Privacy. You can exercise control and choice by resetting your Advertising Identifier in your device’s Privacy Settings. Privacy Policy - http://www.jamcity.com/privacyandterms/ Terms of Service: http://www.jamcity.com/terms-of-service/ 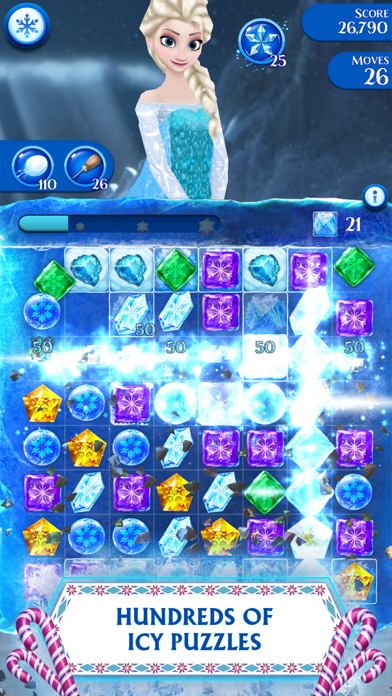 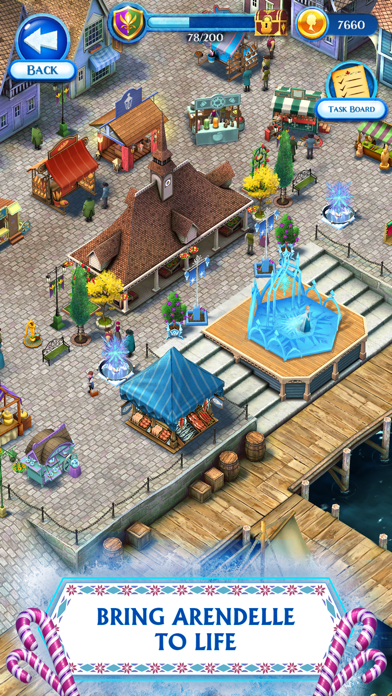 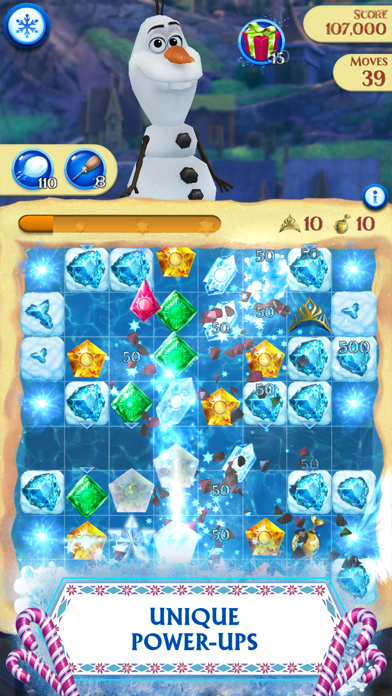 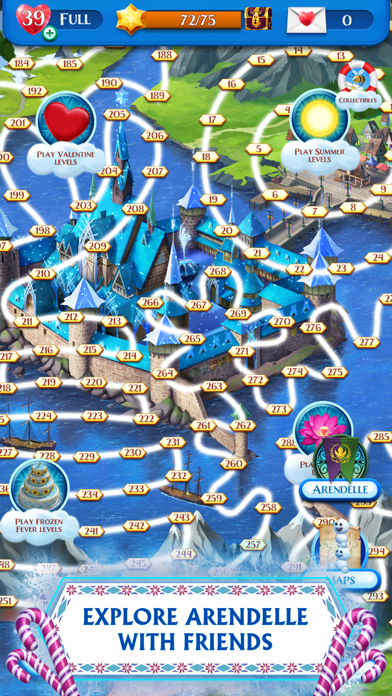 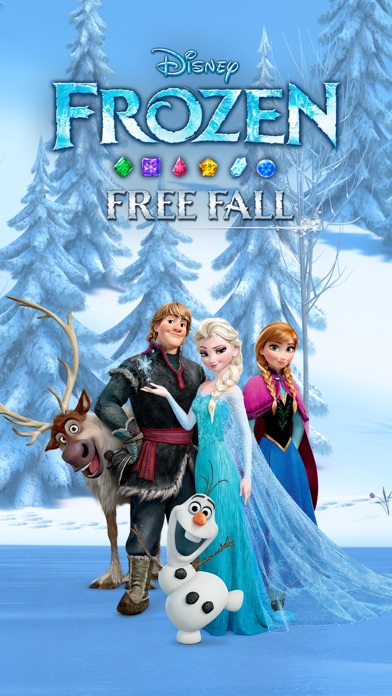 This app is okay. I- specifically am normally not a big fan of apps like this with these types of puzzles, but I got it when a friend requested, I guess. So I’ve had this a long time. I’m still stuck on level 21 because the standards for getting three stars are very high, however, this app is decent, and keeps me thinking fast even though the types of puzzles aren’t my favorite. It’s like I had this app for my whole life time and I’m stuck on level 21. But I guess it’s just being tough?? I think I’d rate it a little more (like four stars) if you didn’t have to pay for everything, yeah, it’s low prizes but it’s just a game. Also, I like the levels and all, but even on level 21, a low-ish level, the standards get pretty high. I guess it’s hard to develop a game EVERYONE would love but it (like every other game I have) isn’t always perfect. I would say, if you like these puzzles, and you like challenges from the very beginning, go for it. I personally think it’s just okay though. - Me
By song ratet

Have deleted and reinstalled this game more times than I want to think about. Some levels just take forever to get past, for example the leaves. But some other ones I spend days and weeks on and get just tired of playing them because there is no strategy involved it’s all what they decide to give you!
By Sweetad84

This app could do with a lot of changes!
By malory towers and st clares

Not so much fun anymore

I originally got this game when sitting for my 4 year old granddaughter who is 10 1/2 now. She loved anything Frozen but she quickly lost interest. I started playing and liked it. Now it has just turned into a money grab. The daily rewards aren’t worth going into the game everyday. You used to be able to get lives, ice picks, snowball, etc. I would buy snowballs a few times just to finish a game if I was very close to winning. Now it appears to be a money pit.
By MJLWis

I was worried that when Disney sold this game it would be ruined. I notice you’ve started slow to hound for money, (which we paid for this game ages ago), but well on the way. I hate the new daily reward board...only one Continue instead of three, and those stingy “15 min” things. And now also starting those eternal “watch an ad” things. Just be aware, the more stingy you get with rewards, and the more you harass us with ads, ads, ads, the the less, less, less, we will bother to play your game. This used to be one of my favorite games, and I made a point of checking in every day for the reward board, but i doubt I will bother much longer.
By 37598

Use to enjoy the game before new update

The game was far more enjoyable before you removed the power ups from the control of the players. I have tons of saved “gifts” from days of play, but I no longer can use them in the games when I need them. In addition, not allowing the use of the power ups in bonus play really stinks! I miss the daily bonuses of +5 extra, ice picks, and starburst. It’s just not as much fun. Considering I have played this game since it was introduced, I am saddened to say that I may not be sticking with it much longer.
By teachrulz2

Literally been playing this game for 7 years (since the first Frozen movie came out!). I am a loyal game player so when I find a game I like, I stick with it. The games use to be challenging but doable. I love a good challenge so I was hooked. The games now? Insanely difficult with out any power ups. The game creators will throw in a couple of levels that will feel relatively easy In order to keep you playing but overall, the joy in mastering each level is gone because YOU KNOW the developers created the level to force the user to purchase power ups in order to pass. The daily rewards are also subpar now so they’re virtually useless in helping with gameplay. Overall, this longtime player is disappointed with the obvious money grab design of this game. Understand that Jam City needs to make money but find a better balance between game experience and purchases.
By stajrt

I been playing this for a while. I like the music and the graphics. I enjoy playing it it’s relaxing.
By KillaToph