The Wasatch Backcountry Skiing Map is the iOS version of the popular paper map and website (visit WBSkiing.com). As with the other platforms, the iOS map includes an index to more than 1,000 backcountry locations in Utah’s Central Wasatch mountains. It is the must-have app for Utah hikers and backcountry travelers. With a familiar map-app interface, the Wasatch Backcountry Skiing Map accesses your device’s GPS to display your current location on a high-resolution topo map. And with only a few taps, the “destination arrow” on the integrated compass will point to your desired backcountry ski location. And with a single tap, hundreds of the locations will open the Wasatch Backcountry Skiing Guide website where you can view photographs and detailed information about the location. The app also displays your current elevation and lat/long, and will send your current location via email. And with a tap, you can display detailed information on more than 200 of the locations including skiing difficulty, skinning distance, vertical climb, parking considerations, and more. (Contrary to a posted review, you don't need cell service to use this app--you don't even need a contract with a cell service provider.) NOTICES: When navigating, the “destination arrow” points directly to the destination without regard to hazards such as avalanche paths, cliffs, and rock fall. It is your responsibility to travel in the backcountry safely. 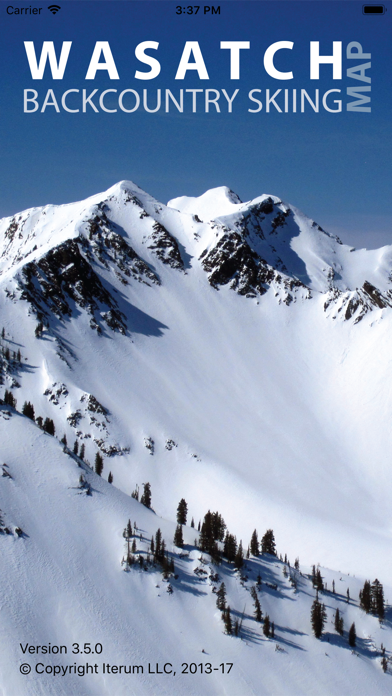 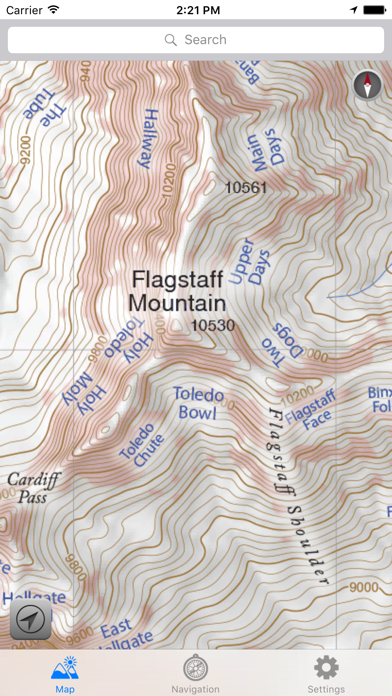 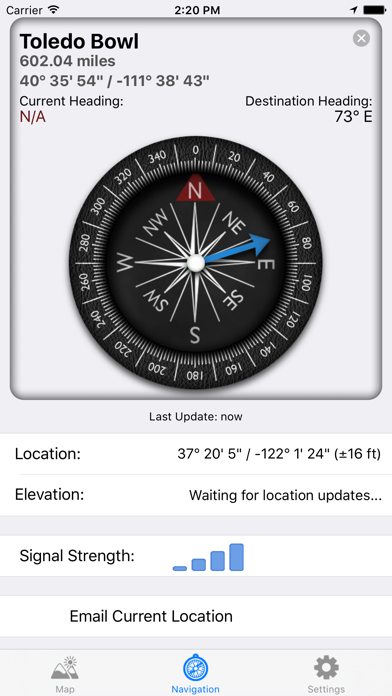 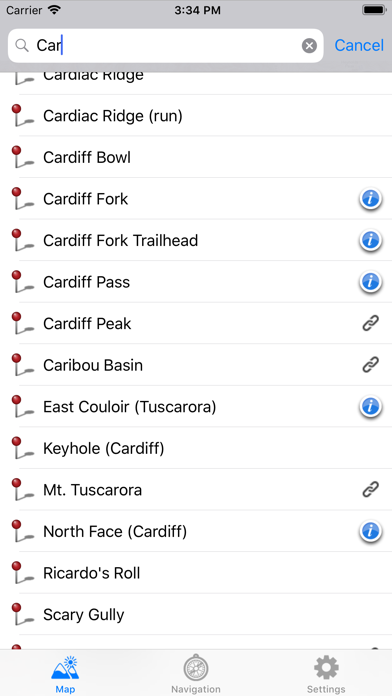 I purchased this app so I could do research and find out avalanche info for an upcoming ski trip to Utah. Since I’m not within GPS range of the map, I can’t access any special features of the app. It looks like I just paid $12.99 for a topo map that I can get on a bunch of other apps or even government websites for free.
By jkastar

A good introductory map to the tourist or someone new to the area. The map highlights the three most popular backcountry skiing canyons in the Northern Wasatch. I would like to see the app updated to be full screen size of newer devices. Another improvement that would make the app more worth its price is including route descriptions directly in the app; allowing that information to be available offline.
By Willy Derness

I’m sure all the positives were submitted by the developer’s buddies or are fake accounts. Worthless app. It’s a topo of a very limited part of the wasatch.
By UTonthehill

Great intel. Smooth and easy to use!!
By Jigga79

I really like the interaction and easy to find slide info (names of areas). I wish it covered more of Northern Utah, but great for what it is.
By Jon Shaft

Nothing works, I’m always outside the map areas, doesn't show any info that they claim. I wasted my money on this for a pic of a map I could have screenshotted off a website.
By Pnasty0616

Downloaded the app and the closest location was Cottonwood Canyons. Nothing in the south Wasatch mountains near Provo, Springville, Nebo area. Excellent if you backcountry ski Big and Little Cottonwood Canyons, except that’s not defined in the app map locations.
By michelleburch

For the central wasatch there is no greater tool. Sometimes worth double checking slope angles as roll overs etc can get lost between the lines
By callmeJohnWayne