Reveal an amazing fantasy world and create your own kingdom! Features: ● Build, fortify, protect! A huge variety of buildings and resources; ● Unique mercenary — you can upgrade them until they’re invincible! ● Special heroes with special talents: archer, swordsman mage and more; ● Exciting quests every day — you won’t get bored! ● Fight with no mercy to destroy your enemies; ● Epic campaigns — kill all the monsters! ● Many clans and strategy alliances; ● Unique thematic events, heroes and artefacts; ● Priceless help from your friends. Brave Warlord, the Empire will be yours! 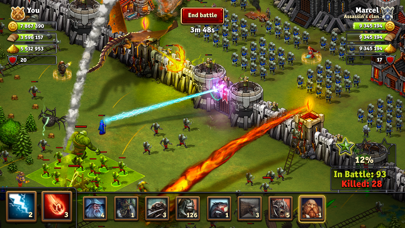 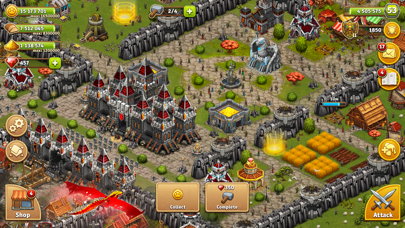 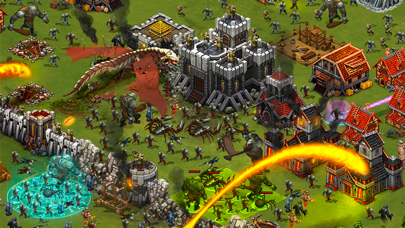 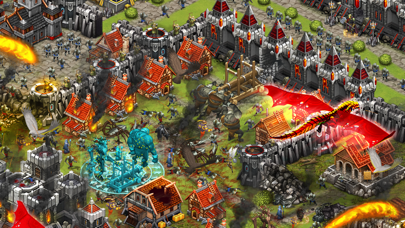 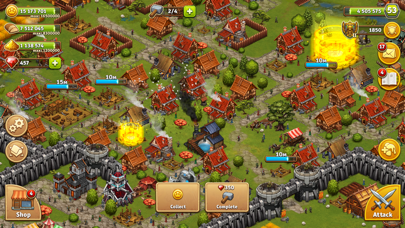 This game has quite a bit to like especially when you start playing. It seems to me that it’s set up for new players to get a quick start with short times in leveling up buildings. What I figured out was those those quick leveling times become meaningless because when you start pvp match it takes a very long time searching for an opponent that you have even a slim chance to win a match. I guess that should have been obvious but it wasn’t to me. I like the characters, the look and many of the unique buildings but it seems to expensive for me to continue. That’s my limitation and not an issue with the developers.
By Catawba Claw

For some reason the game freezes a lot since the new update, it's very frustrating I need to close the game and restart it also the lightning and astroids sometimes have no affect at all due to the game freezing Maybe it's just my iPhone I don't know Ether than that the game is awesome and a lot of fun
By dfgngdd

This game is fun
By Give my mony bac

With hard work and time you can achieve about anything in game! Trophies.... if you got the time you can win the trophies!! Artifacts... you can get them with the wheel of fortune but that’s time consuming but possible with out gem. To win all artifacts every bastion very hard with out a great team and gems, pay to play for that one. Hero’s can be upgraded but there again take a long time but consistency will get them, free gems vids and spending them for hero’s will get them there is a way for everything g but it takes a ton of time, keep morale low to be paired to your level opponents. Happy battling!!
By Robbi450r

It’s a good game but

I’ve been playing for a while, I may have leveled up 5 buildings in the past year... I agree with the negative assessments but it’s a good game...still playing a year later... still programmed to fail... I did upgrade two buildings
By Am am Jaj

Used to be so much fun!

when i first started playing this game in 2013 it was so much fun. i was addicted. then, the introduction of sand ruined virtually every aspect of the game and then the developers got greedy as hell. now, the game is virtually unplayable without spending money. what a shame.
By 40Ddrew

Good Click-bait Cityville clone, but definitely NOT an RTS game comparable to Warcraft 2 or Total Annihilation. This is not RTS gameplay; this is a ploy to get you to pay cash for gems. However, it can be played (very slowly) without buying gems.
By cosmos__

They just want you to spend money. No way to advance without spending money.
By bplok

The only way you are able to get ahead is to purchase items, either jewels, troops, spells, etc. then they come out with a update and take back everything you paid money for except you buildings and jewels. But they make your building less powerful, your barracks hold less troops. The support email is invalid.
By Jinpla