Voice Recorder for the iPhone and iPad - download now for FREE! UNLIMITED RECORDINGS Record for as long as you want and as many times as you want. (No restrictions as long as you have enough available storage on your device). TRANSCRIBE RECORDINGS (In-App purchase) Transcribe recordings into text using speech-to-text technology 3D TOUCH Quickly start and stop recording from your home screen TEXT NOTES (In-App purchase) Add notes to individual recordings CLOUD SUPPORT Upload recordings to iCloud Drive, Dropbox, GoogleDrive, OneDrive, Box and more. SHARE RECORDINGS Share audio or video by Email, Messages, Facebook, Twitter, YouTube, Instagram, Snapchat. TRANSFER RECORDINGS Download recordings by USB cable or WiFi Sync onto your desktop computer ADVANCED FEATURES - Multiple audio formats - Passcode protect recordings - Loop recordings - Trim recordings - Change playback speed - Skip backwards/forwards 15 seconds - Favorite recordings CALL RECORDER (*Requires subscription*) Record incoming and outgoing phone calls. To record a phone call you must facilitate a 3-way conference call. The third "caller" is our recording line that will save your phone call. It is not possible to record phone calls using the built-in microphone on your iPhone. No limit on how many recordings. No per minute fee. ------------------------------------------- NOTE: Call Recorder feature requires your carrier supports 3-way conference calling. SimplyTalk and H2o Wireless do NOT offer this service in the US. Please check local state or Country Laws regarding telephone call recording before using this app. Recordings will be deleted from our server after 7 days. Please make sure you download them offline during this timeframe. ----------------------------- CALL RECORDER SUBSCRIPTION - You will require a monthly subscription to use the Call Recorder feature. - Subscription length: Monthly (includes one week free trial). Privacy Policy: http://tapmedia.co.uk/callrecorder-privacy.htm Terms of Use: http://tapmedia.co.uk/callrecorder-terms.htm TAPMEDIA PRO SUBSCRIPTION - You will receive access to the apps in the TapMedia PRO bundle for the duration of the subscription. - Subscription length: Monthly (includes one week free trial). Privacy Policy: http://tapmedia.co.uk/privacy.htm Terms of Use: http://tapmedia.co.uk/terms.htm ----------------------------- - Payments will be charged to iTunes Account at confirmation of purchase. - Your account will be charged for renewal within 24-hours prior to the end of the current period and identify the cost of the renewal. - Subscriptions may be managed by the user and auto-renewal may be turned off by going to the user's Account Settings after purchase. - All prices are subject to change without notification. We occasionally run promotion prices as incentives or limited time opportunities for qualifying purchases made during the promotional time period. Due to the time sensitive and promotional nature of these events, we are unable to offer price protection or retroactive discounts or refunds for previous purchases in the event of a price reduction or promotional offering. - Any unused portion of a free trial period will be forfeited when the user purchases a subscription - You may cancel a subscription during its free period via the subscription setting through your iTunes Account. This must be done 24 hours before the end of the subscription period to avoid being charged. Please visit http://support.apple.com/kb/ht4098 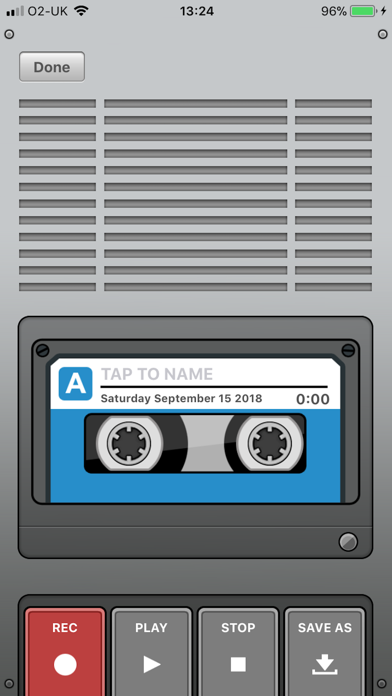 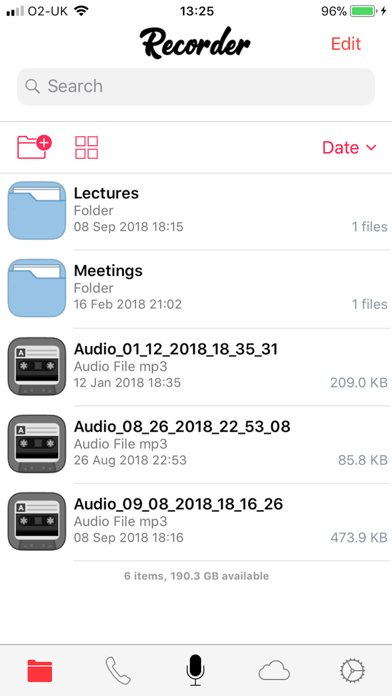 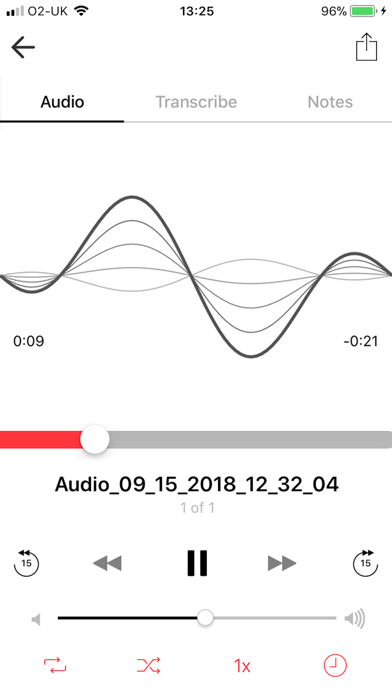 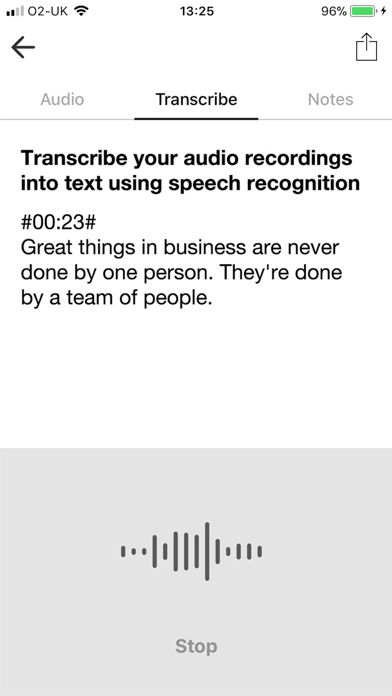 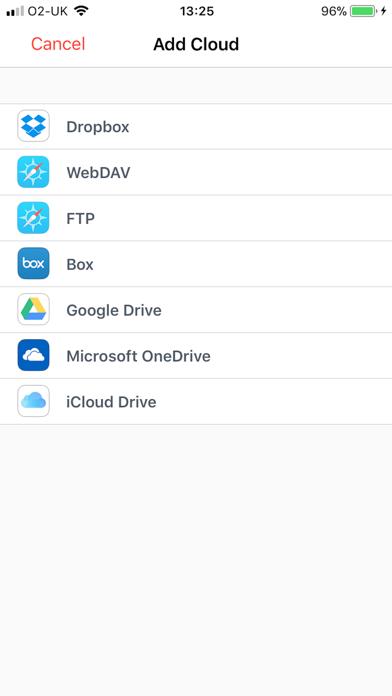 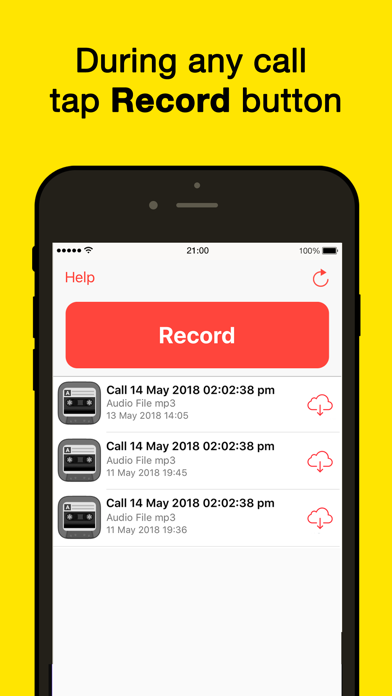 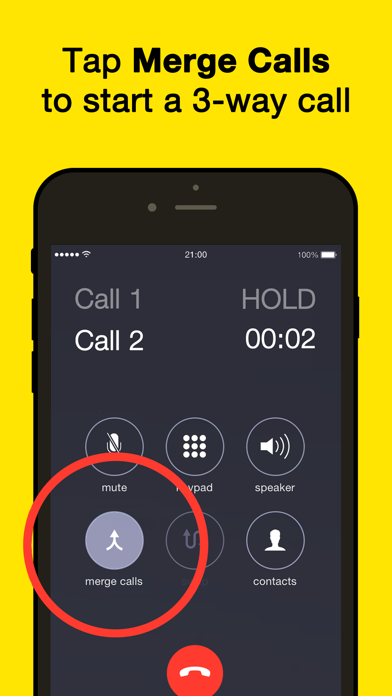 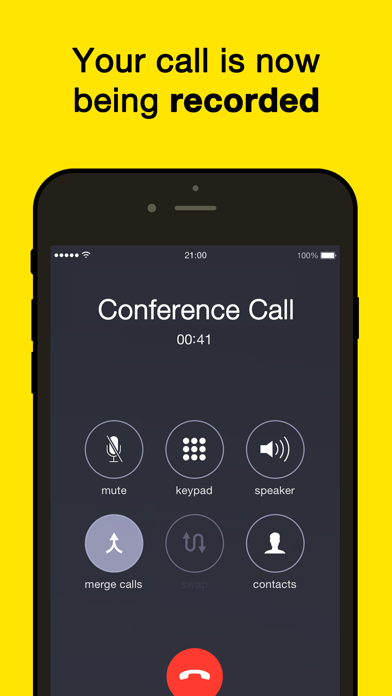 I’ve had this app a while and have enjoyed recording with it. But today I recorded a file. Played fine. Trimmed the end of it. I can play it but I cannot trim it anymore. Tried importing the file to a couple other apps and they both say the file is corrupted and can’t be imported.
By rpsozo

Update made everything worse

When I saw there was an update for this app, I knew nothing would really change. This is a great app for recording your voice or music and I kinda liked it the way it was. I downloaded the update not expecting much except for the format or design, and when I went into the app and looked in one of my folders it said, “Folder Empty.” I was scared then because I thought all my files got deleted. I backed out of it and went back in. There was one of files there OUT OF TEN, so I had to click in and out TEN TIMES for all my files to be there. I have to do that every time I go into the app. IT IS SO ANNOYING. It was so much better before! The update just made everything worse. And when I’m somewhere else, connected to a hotspot or small network, I can’t get any of my files! No matter how much I click in and out, I can’t get one file! Now you need an update to fix THAT. Which is probably make some other thing not work!!!!!
By 125807433799)2528)

I’ve used this recorder at the doctors office to record what the doctor says so I can go over it again later, and I’ve used it to record a casual song as I wrote it. I am certainly not any kind of professional but it served my purposes.
By Goliath Pillar

Lost my work even though its saved to cloud

App has always been weird and finniky but i loved using it because i can play music off my phone and record at the same time which is vital for remembering things and putting ideas down as a musician. Recently the app decided to go haywire. Randomly losing projects and than having them reappear. Sometimes loading 1 by 1. Now it seems all my files are gone except a select few it decided to save in my local files. Lost a bunch of important stuff now. Seems every time i use this app it just bugs out more and more now ive lost a bunch of work and its just seriously frustrating. Currently looking for a new better app now.
By mr yuhhhh

App is free but requires monthly surcharge to use it!!!! Really?
By rfasching

Wants $2 a month to use transcribe feature. I miss the good old days of just purchasing an app.
By Revjeff1

This would’ve got 5stars cause this is the best app I use to make my freestyle tracks and vent and make music but now all of a sudden after having this app for a 2 years, all of my 262 songs was cut in half , now I only got 180 songs where is all those missing songs!! I’m heated and angry , I need my new songs back😱🤯🤬🤷🏾‍♂️🖕🏾I’ll change my review once you give my other freestyle tracks back that is missing ! Y’all just let the old recordings stay🤷🏾‍♂️what’s good with that!!
By Curtisy LiVE

I love this recording cassette.
By ECortez1977

Four In A Row ◎