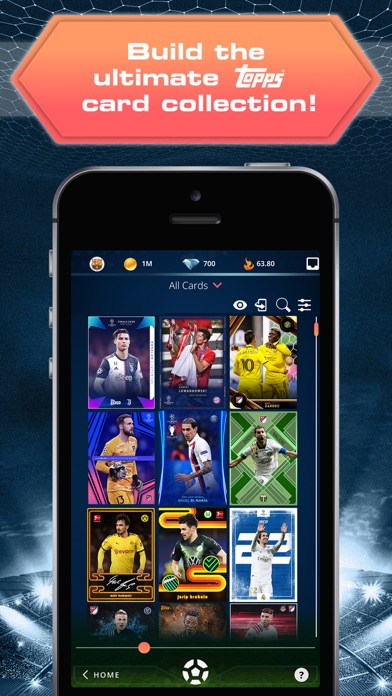 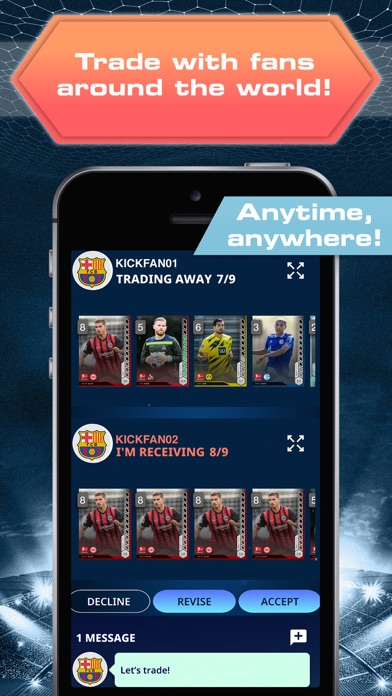 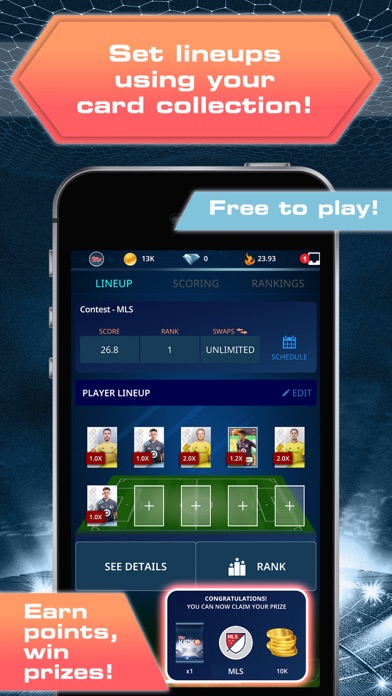 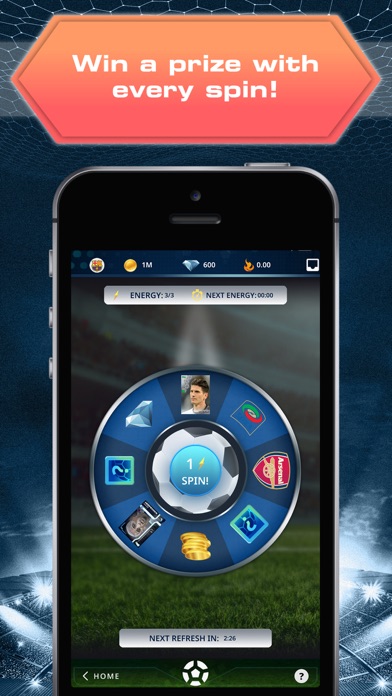 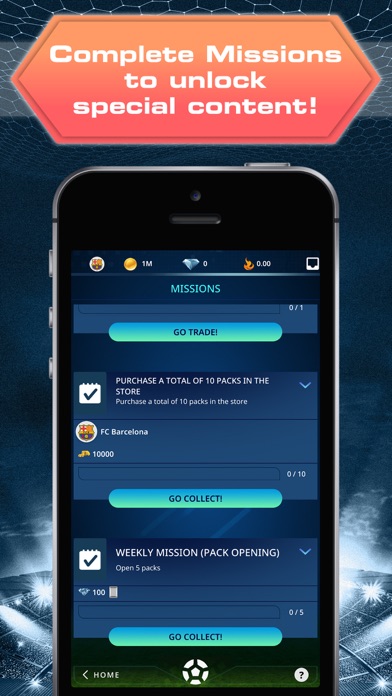 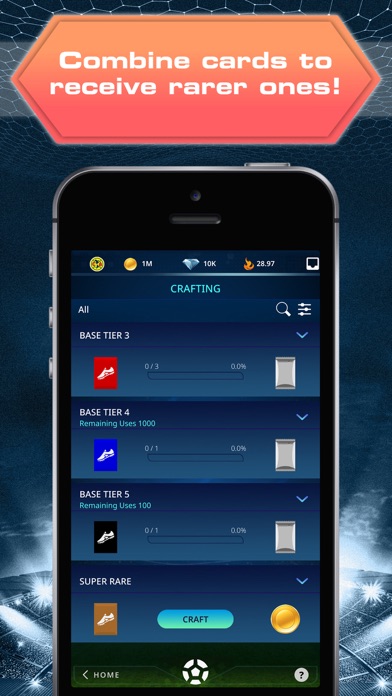 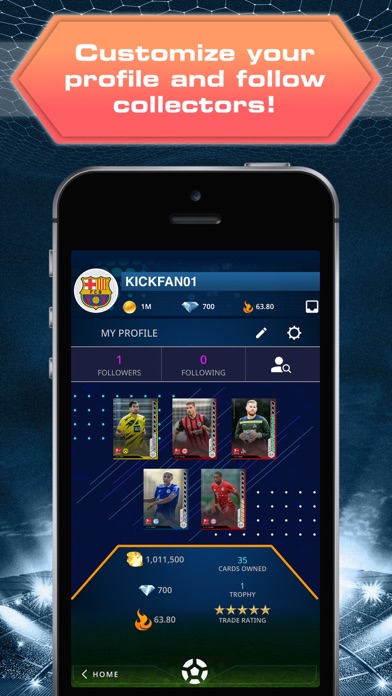 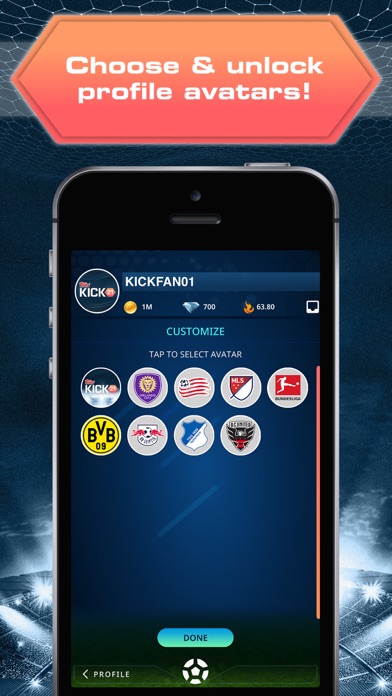 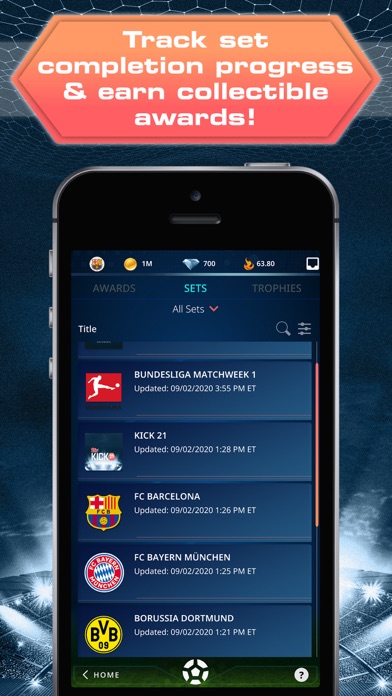 I started this game a few years back and loved it. The idea of collecting cards virtually is great. But as I seem to realize that they put more work into Skate of Bunt because it is bigger. But here they don’t release new packs a lot like sets that I don’t care for. I want more packs like skate and Bunt like the chrome series or bowman or even new exclusive pack for the virtual players. I like the game just needs more for the players to open and pack new thing. And mabey a featur they should put in is vote on a new series like out of Chrome, Bowman or Allen Gunter which one do you want I would love that. Overall good game just needs more.
By Trooper85790

nice way to stay connected to the game

finally alerts for incoming trades!!!! we’ve wanted this for years! love this app and hope we get premier league cards again in the future!
By eric_rocha

Love playing the cards when I'm watching the matches. I have a great time with this app. But lately the app has been having problems. Can't load cards or they get knocked out and or they freeze or app crashes. They need to fix this or they will start to loss their supporters. I'm hoping they start to fix these problems. When you lost PL I lost interest in playing and now when I try to play I don’t know who is playing. You don’t have to “playing now”feature. Still enjoy collecting but not not interested in playing contest
By Tuff pigs

I play this every day BUT

Pros: Fun and addicting. There is always something to do and the packs stay relevant. Cons: The crafting tool seems pointless, I think there should be a lot of work done there. And why aren’t we notified when a trade is accepted? It’s the most important part of the game and we don’t get an alert.
By Capalapflapasnappa

This used to be one of my favorite games but now it is dead. If you want to make the game great again you need to go back to what it was in 2013-2015. You completely killed the game with 2 changes. 1) There is no content. No EPL, Series A or other leagues. 2) made the best cards only achievable through a pay wall.
By The Crow1ng

I just started playing the game and I already like it. I appreciate how easy it is to collect coins and how relatively inexpensive packs are. Good game
By Gfffggxdghj

Not a good app

This app is not what u expect!! Packs are overpriced it requires you to spend a large sum of coins it’s never the 1:3 it’s more like 1:8 and 7000 coins per purchase..this app is garbage
By Yandyville

Gets stuck after claiming Rooney in the Demo

Card design is poor and bland. Even tho im more of a soccer fan I started collecting Tops Bunt because their card design look more exciting and sharper. I follow baseball here and there but know that im collecting Bunt I find myself watching more baseball. I hope Kick boosts up their design again.
By Agallegos76