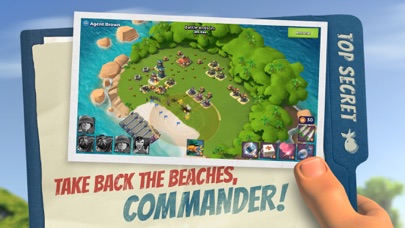 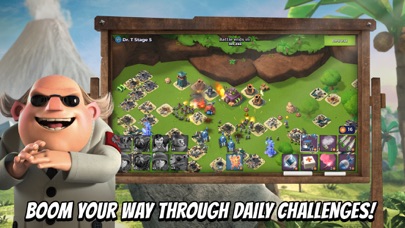 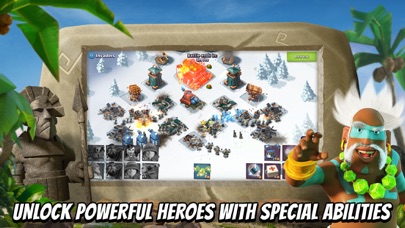 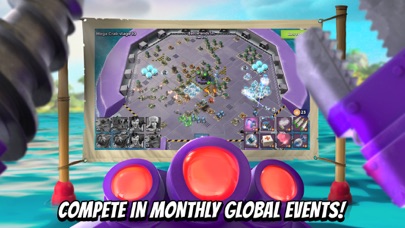 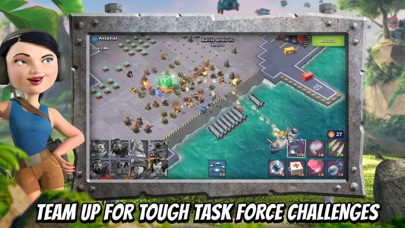 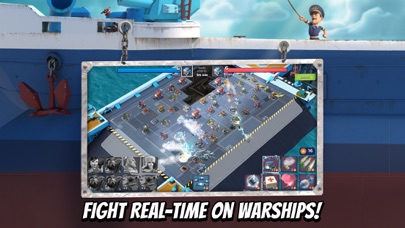 It changed my life

Before I played this game my wife made me sleep on the carpet and I only eat dominoes pizza, I am stuck in the basement with my rotting deformed child I did not even want but because of this game, my wife bought me a couch to sleep on, I eat papa johns instead of dominoes, and my wife took the child. The creators of the game are the best
By nathanmccluskey

It’s good but you need to pay to progress at a reasonable rate.
By lick on my ball

Hello boom beach I would love it if you added skins for the gunboat like camouflage, ice, fire, green, red, yellow, and light blue thank you soooooo mush for reading this. - from boom beach player
By godzilla_king254

Been a long time player. Had a glitch that wasted days of play. Sent in bug reports. Days of lost gold no troops and the company doesn’t bother to respond or try to compensate for the lost boosters or gold not to mention my wasted time. If you want a fun game try it but I wouldn’t count on help if there is a problem. This may change but right now I can’t really recommend the game. Devs seem to want your time and money but no response if a problem.*****update been about week and a half still not heard from anyone over issues and loss of gold and game play. PLEASE IF YOU PLAY REALLY THINK ABOUT SPENDING. IF YOU DO THEY DONT SEEM TO PROTECT YOUR INVESTMENT.
By unhappy player-1

Fun at first, but becomes impossible to progress

First off, this game feels pretty abandoned. Updates are few and far between, and when they do arrive they don’t feel very sizeable. I’ve been playing Boom Beach on and off for about 5 years, but I can’t really bring myself to open it anymore. The early game is some of the most fun I’ve had in a mobile game, the strategy is excellent. However, the late game is some of the most poorly designed gameplay I’ve ever seen, especially for Supercell. I’ve also been playing Clash of Clans for about 6 years, and I still play that consistently to this day. Boom Beach late game feels too padded out. Now a days, every time I log on it goes exactly like this: You get on and collect resources only to see you have a fraction of enough to upgrade ANYTHING — and I mean anything. Maybe you decide to raid to get resources. Even if you comb through every base on your map (which is a very tedious process) you’ll find almost none of them will get you close enough to make even the smallest upgrade. In addition, most bases are multiple levels above you. Maybe you take the gamble and attack one. If you win, you get a small chunk of resources and probably half your army dead, so, not much. If you lose, you get nothing. Either way, you’re just going to train your troops and turn off the app. One of the most comical updates Supercell has made is the addition of intel. Intel are ultra rare items that you can use to finish an upgrade timer instantly. Why on earth would I ever want that? If I’m so lucky enough to afford an upgrade, I probably won’t be able to afford another, even long after the upgrade timer has completed. Really, this design just feels like bad business. I’d be way more likely to pay for intel, gems, and extra builders if I had resources overflowing. I’m leaving 3 stars just for how enjoyable the early game is, but it’s really unfortunate the game ends in such a depressing whimper.
By warofbeachveteran

This game reminds me of the battle D-DAY with the landing crafts and love that this is also a multi player game and raid each other’s bace’s and other stuff that keeps me interested in this game other wise grate job on the game 10/10 I played this when I was 5 now I’m older but, awesome game I play it every day LOVE IT!!!
By fun player 6352

How come on wareships when heavy’s take a corner they don’t stop at first defense building and take it out. They keep walking into the mess and get killed. Is this a glitch. And if not why…
By Webster75

Wow! I wasted my life

I played this game for to long to see the same gameplay and same units being used. It is honestly sad that their is such a wide variety of units to use , however, only three maybe four are ever used in any attack or battle. You offer other units as an honest joke. I want to continue playing but I’m honestly just seeing another pay to win tower defense game for both YouTubers and developers to place more money in their pockets.
By Turtle 1 1. 5