+++ New episodes every day! +++ Not your everyday comic. Released every day. Enjoy webcomics with our latest app. #READIT #NEEDIT 【Something New Every Day】 New episodes, New promotions, New titles 【New Episodes】 We curate the highest quality content and bring them to you every day (5:00am PST/ 6:00am PDT). Come back every day for something new, 365 days a year. 【Exclusive Titles】 We bring you exclusive titles from top talent in the webtoon industry! We have something for absolutely anybody - from office workers to students. Experience the hottest new titles from the giants to crazy, new ideas from the up-and-coming writers and artists. Only on Lezhin! 【Various Promotions】 We provide various promotions ranging from discounts to more free episodes! If you're hesitant to pay for a comic right away, wait for these promotions and read more before you decide! 【Free Sign Up, Free Content】 You can view free content without signing up. However, to use Coins to purchase episodes or to sync across devices you need to sign up to Lezhin Comics. You can reset your password at any time. 【Payment Support】 If you experience payment errors, please contact help@lezhin.com and we'll get it fixed immediately. Customer Support hours: M~F 10:00am - 6:00pm (KST) Lezhin Comics Customer Support: help@lezhin.com 【'Unlock All' Feature】 Tired of having to purchase one episode at a time? We've added an 'Unlock All' feature which allows you to purchase all paid episode with a single tap. If you're in for some binge reading, this feature is for you. 【Save and Read HD Quality Comics】 All Lezhin Comics are available in HD image quality. Collect your favorite picks in 'My Library'. Experience comics in crisp HD on your smartphone. 【Manage 'My Library' / 'Recent' List】 Manage your Library and Recent list by editing/hiding your viewed comics. Read too many comics to keep in your Library? Just leave your favorites and hide the rest. 【Episode Sort Order】 If your reading a new comic, sort your comics in order of release date. Or if you want to view the most recent episodes first, sort by most recent. 【Purchase Coins】 You need coins to purchase paid episodes. Check our Coin bundles in our 'Purchase Coins' menu. The more Coins you get, the better the deal! 【Comics for Everyone】 We procure the highest quality, G-rated content for our iPhone/iPad app. For questions concerning comics that are unavailable on the app, please refer to our Announcements or Customer Support FAQ. Lezhin Comics Official Blog: social.lezhin.com Facebook: www.facebook.com/lzhncomics 【Customer Support】 email: help@lezhin.com url: http://www.lezhin.com/en/help 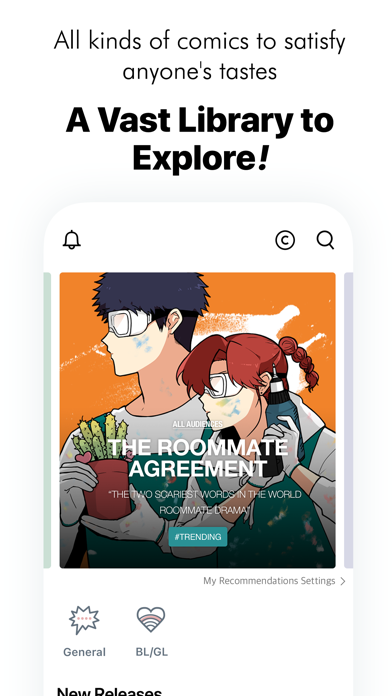 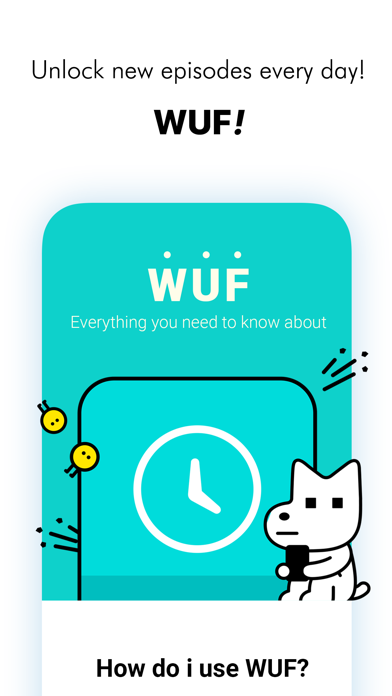 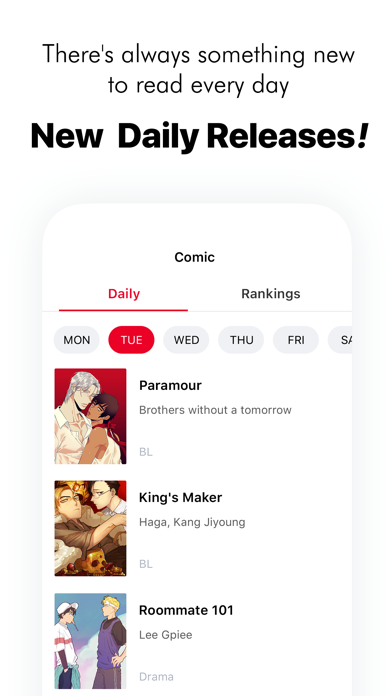 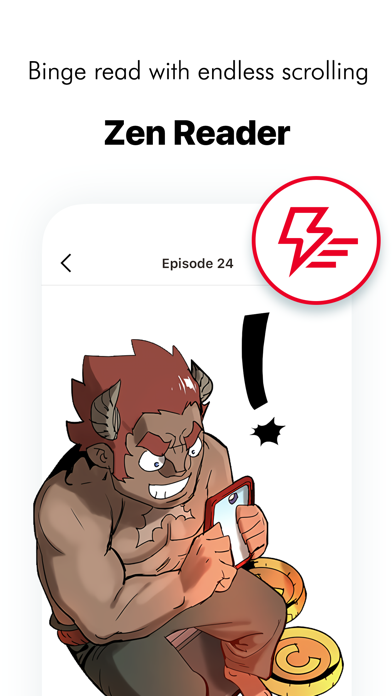 Update error in the app for mature comics

I’m an adult…why can’t I access the adult stuff through the app? It’s practically useless.
By Dinifera

I downloaded this a while ago thinking I would be getting some great reads which I did, but the cost of continuing any of these great artist works was way too costly. I mean it’s 20 coins to unlock the next chapter when you have other places like WEBTOON and Pocket comic which barely cost you anything. I also found some of the great reads on those platforms so check them out and do your research before buying anything on this platform.
By KyngLex

the comics are amazing love them all i’m just to poor to afford the coins.
By Gazlene525

Coins are way too expensive
By Smexy Bexy

Was going to spend a bit of money on this app, until I saw how expensive it was for literally one episode. Authors are great, devs are greedy
By stop being a bad app fr

The stories in lezhin are amazing, so example secret alliance and another one I’m reading, angel buddy but this app is very greedy. They would charge you 5$ for 320 coins which is just about 11 epidodes. Sure, they upload a new episode every day but that just means every 11 new episodes is another 5 dollars spent. This adds up to 15$ a month in just reading things you can practically get for free on webtoon.
By POOPY DUDE CARLY

Why on earth are full comics over $100???? I am pretty positive no one is willingly giving you guys over 100 bucks to read ONE comic. Please reevaluate your pricing system. I understand that authors and your company needs to make a profit but there is no way you are not getting enough traffic to be able to bring down those prices. Even a premium vip membership where all episodes are free at a price because your current “VIP” is just bringing the cost of coins down. Which doesn’t really help at all. Comics are still well in the 90-100 range with that discount. I promise this reevaluation will help with more traffic.
By Jahanana

Don’t waste your time or money

This app is awful. You can’t find half of the series they advertise for and what is there can be found on other official sites for cheaper. Bad interface, bad company, bad app.
By Seebear21