Never Fishdomed before? Then take a deep breath and dive into an underwater world of match-3 fun! Engage in challenging and fun match-3 gameplay with unique twists as you decorate tanks to create cozy homes for your lovely fish. Feed them, play with them, and watch them interact with each other. Hey, your finned friends are waiting for you—SO DIVE IN NOW! Features: ● Unique gameplay: swap and match, design and decorate, play with and take care of fish—all in one place! ● Hundreds of challenging and fun match-3 levels ● Explore an exciting aquatic world with amusing 3D fish, each of which has its own personality, that you'll be excited to meet! ● Fish tanks you can liven up with breath-taking underwater decor ● Amazing graphics all yours once you grab your scuba mask ● Buddy-diving time: play with your Facebook friends! Please note! Fishdom is free to play, though some in-game items can also be purchased for real money. If you don’t want to use this option, simply turn it off in your device’s Restrictions menu. Enjoying Fishdom? Learn more: Facebook: facebook.com/Fishdom Instagram: instagram.com/fishdom_mobile/ Twitter: twitter.com/FishdomOfficial Questions? Contact our tech support at fishdom@playrix.com 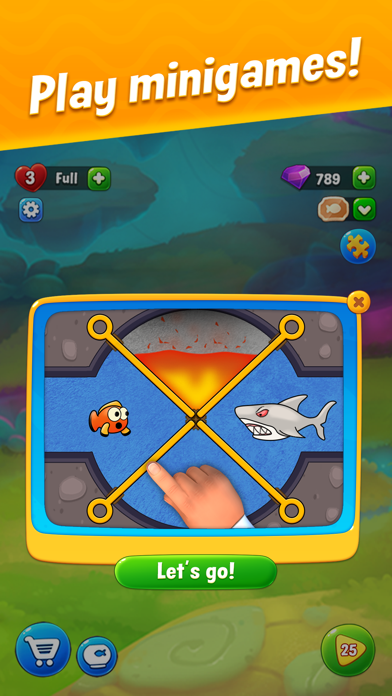 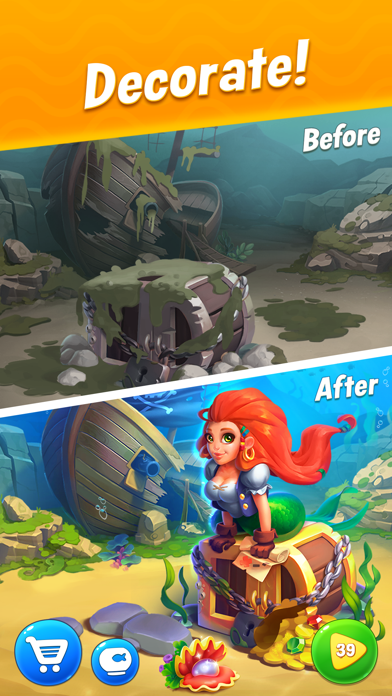 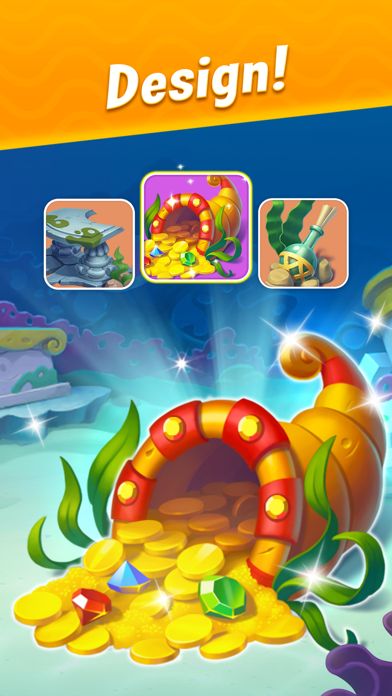 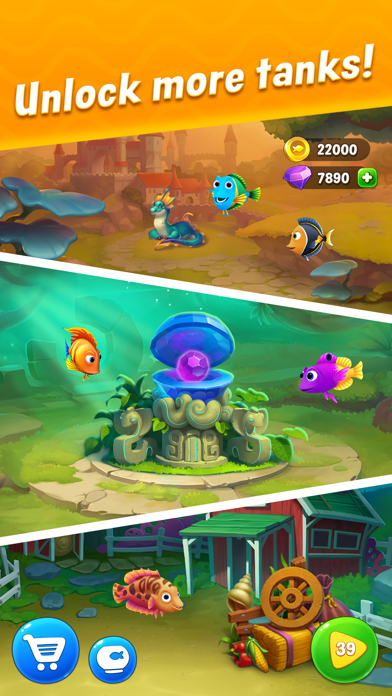 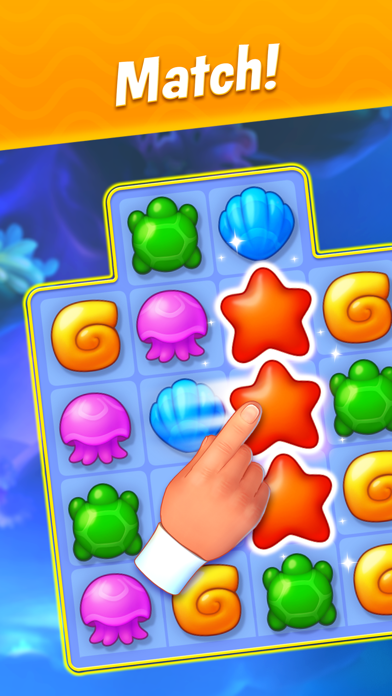 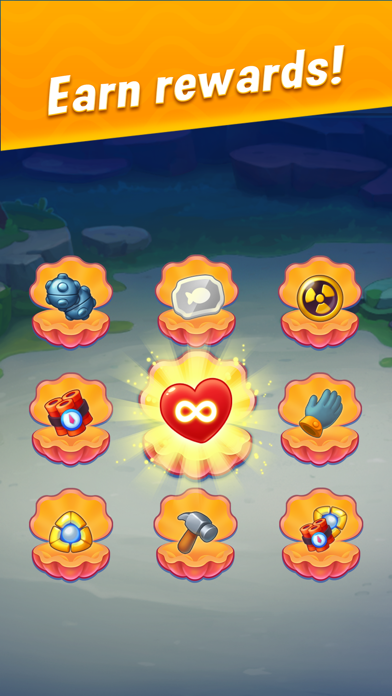 Deleted the game because it wasn’t what the add said it was.. 👎🏻👎🏻👎🏻 trash
By joefarted

Updated to 4 stars because I love the game and how the fish talk to me. But the game still cheats. It’s a long review. Please read in its entirety. PLEASE DON’T SPEND ACTUAL MONEY. PLEASE read my review to see why. This is a 100% HONEST review. First, I LOVE the whole fishtank thing. Good concept. I will sit for like 15 minutes and watch my fish talk to me. If you’re stressed out, them “talking to you” can really undo your stress, and I have major anxiety, depression etc. so this really helps. On occasion, they “say” such goofy things I actually laugh 🥰. I also take pride in making my tanks beautiful. I just wish we weren’t capped out on how many fish per tank we were allowed. Now onto reviewing the game itself: No idea which game that I play that was showing THIS game in its advertisements, but after seeing the advert over what one can assume was hundreds of times, I downloaded it. OVERALL, I am satisfied. The advert shows you “helping the fish get through obstacles.” That is NOT what this game is. Rather, it is yet ANOTHER FREAKING MATCH GAME. You WILL help that fish (the one seen in the advert) avoid the 🦈 here and there but that’s NOT what the game is actually about 99.9% of the time. In the beginning, you help him avoid the 🦈 CONSTANTLY, however once you start advancing it is less and less of avoiding the 🦈, and more and more “matching” boards. Not TOO bad, but beating that mean ol’ 🦈 is pretty much the ONLY way to get purple 💎s, which you need to “buy 5 more moves” (like every other freaking game), and in this case it is NINE 💎s to buy 5 more moves or refill your lives (5 lives per 9 💎s used). So... I was on level 200something and was like “ok, let’s buy extra moves,” and “refill my lives” because my team will ASK for lives but won’t give them. Anyhoo... It took me weeks to get like 40 💎s and they were pretty much depleted in 30 minutes. Now onto the legitimacy of this game: It’s actually OK. I like it 75% of the time. Unlike other games (read THIS Toon Blast!), it’s about 50% skill and 50% luck. If you concentrate, you CAN win—most of the time. HOWEVER, that being said—they will throw you boards that 4 moves in, you know you can’t win...at all. They will reward you with unlimited lives for passing a certain amount of levels or completing quests etc. So 2 or 3 nights ago, I had 2 hours of unlimited lives. Oh, was I happy 😃. Right?... Well, it took THIRTY SEVEN lives to pass ONE BOARD that wasn’t even labeled “hard,” let alone “very hard.” THIRTY SEVEN LIVES. My 2 hours of unlimited lives expired. But I was on a mission... and here is where I pretty much spent all those aforementioned 💎s and “gifted” lives I had stacked up 😡. I finally passed it (yay me) and was rewarded for some reason with another hour of unlimited lives. The NEXT level took me 23 lives! ARE YOU KIDDING ME?! There is absolutely NO JUSTIFICATION WHATSOEVER for someone to have to use THAT many lives, EVER on any game. EVER. I thought this game was soooo different because although I HAVE failed to complete a level, multiple times, using all 5 of my lives and waiting the clock out for more (yes, this game only gives you one life every 30 minutes like every other freaking game), I had never experienced a “Toon Blast Moment” where it takes dozens to hundreds of lives and sometimes WEEKS to pass a level (Toon Blast). I learned it is not all that different. Far better and WAAAY more fair than TB, but, sadly, somewhat the same. Herein lies other issues which aren’t as flagrant as in other games, but nonetheless DO happen: you make moves and it doesn’t give you the right “power up;” You can have 20 moves left and even have that Illuminati 👁 on the board trying to get rid of one piece and no matter what, you can’t get rid of that one 🐸 for example; you use a special Power Up and it doesn’t do what it’s supposed to. There’s more, but if you play other games, you know the flaws and tricks to make you lose and waste lives, in hopes in the developers’ minds that you will spend REAL WORLD $$ to buy lives. PLEASE DON’T. For ONCE, I WAS actually considering spending a few $ to make my aquariums beyond the pale. But because you have proven to be just like all the other cheating rackets out there, I won’t give you one single penny. And it is because of the cheating, flagrant, outright obvious, scandalous manner in which you all make a person use SIXTY LIVES to pass TWO levels, neither of which were “hard,” or “very hard” that I shall NEVER give you one single red cent. Some of these boards are LEGIT EXTREMELY HARD and require skill and ones’ thinking cap, and kudos for that as I delete apps where I am not challenged even minimally. But to be like all the other dishonest games in some ways really does look bad for you. This is why you get 3 ⭐️s versus 5. You almost had me wanting to spend $5 of my hard-earned $. Almost. Your loss. The concept of the game is superior. Your lack of integrity is not. The concept of the game, the fact that it IS challenging, gets you 5 ⭐️s. The fact that I had to waste 60 lives on “EASY” boards, sadly, proved you are like all the other games out there. The fishtanks in and of themselves are 5 ⭐️s. But I don’t like cheating and pettiness. That is what brings you down to 3 ⭐️s. Bring some integrity to the game and I will revisit this review. Again, wonderful game. Did I mention I love the fishtanks?
By Bubba 1992

Hours of fun!
By Tomntam1

Not what it says

I LOVE THIS GAME!

Need to fix some bugs. Was good until the one with Squid levels- sometimes nothing pops up even when theres no power ups or boosters in the area to prevent them to show up. Forces you to waste and use up your moves so one shows up again and forced to add more moves to beat the level, annoying. Pretty sure its rigged that way to get ppl to purchase boosters. Other than that, its addicting.
By K Meh

This game is AMAZING. It keeps you working and keeping up on your aquarium and it is so easy to level up, get coins, and get new things. Also it’s totally kid friendly.
By bucklebee