Hungry for fun? Help feed the pets as you learn about shapes, numbers and colors. This playful new app is perfect for toddlers and preschoolers. Pet Cafe includes three educational activities. Your little one will be begging for seconds and thirds... and fourths! Features • Match shapes by swiping or tilting • Count and sort delicious treats • Create a colorful fruit smoothy • Count in more than 15 languages including Spanish, French, German, Russian, Japanese and Mandarin. • Full of adorable activities, animations and sounds. • Perfect for 2-4 year olds. • No in-app purchases or third-party advertising, so you and your child can play without interruptions! Sago Mini is an award-winning company devoted to play. We make apps and toys for preschoolers worldwide. Toys that seed imagination and grow wonder. We bring thoughtful design to life. For kids. For parents. For giggles. 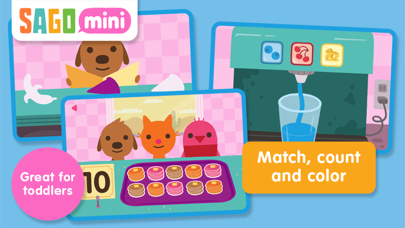 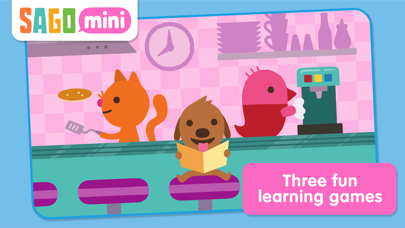 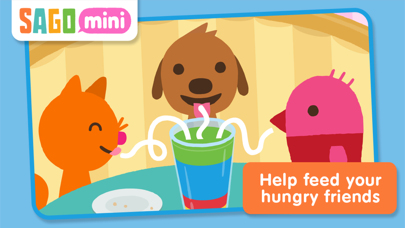 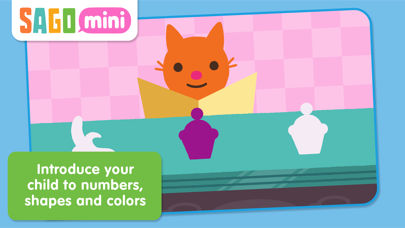 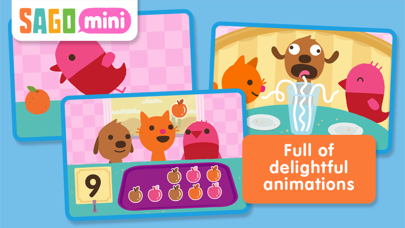 Good but not the best…😐

Now I used to adore this app but the pancake counting soon got a little boring… after you counted all ten pancakes it would make you do it all over again. They could have done a better job on that like sort them by color or put the pancakes in order. But no making you count all over again come on sagomini…🙄
By zo zo kitty

My 3 year old daughter Luna loves this game! I just bought it for her and I said”when it’s your screen time you can play it” she was not happy about that! But when it was screen time she was playing on it a lot! 5 stars!
By WinstonBB

It’s for kids
By Cats rule😺

This is fun but short

One of the best games for kids

This game is fantastic. As a schoolteacher and father, I can tell you that these SAGO Mini games are perfect for interactive exploration and self-motivated learning and discovery, AND there are no advertisements asking for money. As a father and gamer, I love how SAGO Mini apps prepare children to be able to control modern console and PC games with intuitive mechanics in a safe, G-rated environment. I recommend subscribing to Sago Mini World for the savings. My daughter wanted all of their new and old games and this was a big savings for us.
By N Deep

good but to little

my son loves this game one thing though. he played it for a week and then said there is too little. he said he wants a menu to pick. then he wants to make his own food but in easy steps.
By MDsplasher55co