If you can imagine it you can build it with the six Toca Builders! Join your new builder friends on an island far away and create a whole new world with blocks. Jump, walk, roll and rotate the builders to use their unique skills, and they will help to build whatever you can imagine! Toca Builders makes it fun to drop, spray, smash and lift blocks to construct new objects - may it be a house, lamp or maybe a banana? Let's get started by putting down some blocks. MEET THE BUILDERS! Blox: Great at dropping and smashing blocks Cooper: A fantastic painter Vex: Amazing at putting blocks in stacks Stretch: Specialized at placing blocks anywhere Connie: Enjoys lifting and moving blocks Jum-Jum: Loves to spray paint The builders will guarantee that you’re having a good time when you create your world! Toca Builders is a new way of creating and crafting things with blocks, that encourages both creativity and curiosity. With simple touch gestures and unique controls the builders come alive and help create a world only you can dream up! To save your world, just tap the Back-button to go back to the main menu and everything you've made is saved. The snapshot feature makes it easy to take a photo of your construction to share with the world! KEY FEATURES • 6 super builders • Build whatever you want - drop, spray, lift and smash! • Color each individual blocks as you want • Unique controls of the builders - spin, roll, aim and move • Autosave guarantees your progresses is saved • Use the snapshot feature to take a photo of your creation • Easy-to-use, kid-friendly interface with incredible creative possibilities • Incredible creative possibilities • Beautiful original graphics • No rules, stress or time limits – play any way you want • No third-party advertising • No in-app purchases *** ABOUT TOCA BOCA At Toca Boca, we believe in the power of play to spark kids’ imaginations and help them learn about the world. We design our products from the kids' perspective to empower kids to be playful, to be creative and to be who they want to be. Our products include award-winning apps that have been downloaded more than 130 million times in 215 countries and offer fun, safe, open-ended play experiences. Learn more about Toca Boca and our products at tocaboca.com. PRIVACY POLICY Privacy is an issue that we take very seriously. To learn more about how we work with these matters, please read our privacy policy: http://tocaboca.com/privacy 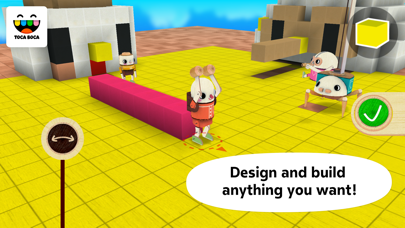 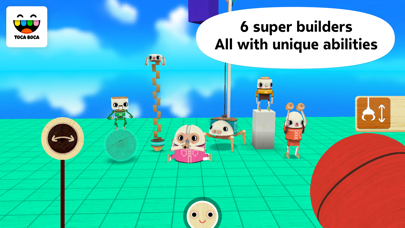 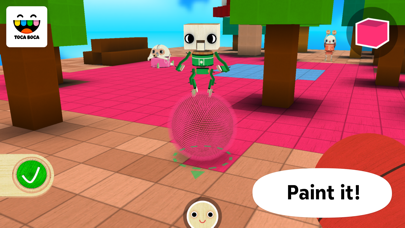 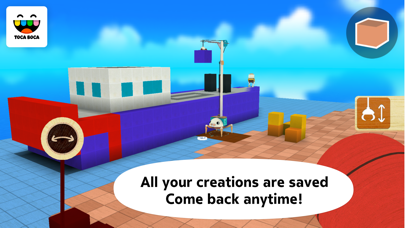 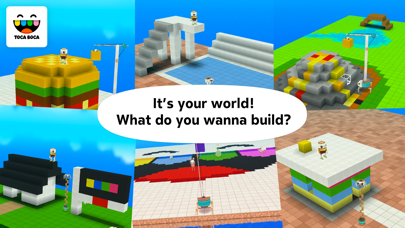 Not good enough to be there

Can i get a refund please 3.99 back
By 𝚂𝚑𝚎𝚕𝚕𝚢𒊹︎ᴥ︎𒊹︎

Why can’t you go higher than 6 blocks?

I want to go higher.
By rrrt3trcyfyfftft

I love this game because I love to build stuff. I built a great world. But when I was on the App Store, there was this game that I thought that was a awesome game! And when I downloaded the game, it was useless. And I tried the game, but it was terrible. So l got the game and I saw the world wasn’t there! So there is one problem with the game 1 I just. Wish that it wasn’t deleted. By Anna
By Tobysmomma2

U need a higher height limit

I would give this app/company zero stars if I could. We’ve purchased numerous apps in the past...now two of them (Builders & Robot Lab) are not working. They will not open and it appears they haven’t been updated to the new OS. Another Toca app, the first Kitchen, disappeared altogether after I purchased it years ago. I am assuming they want me to pay for the newer version, Kitchen 2, and that’s just terrible business practice. My son has been trying different things for over an hour to try to use these apps and I am frustrated that paid apps are functioning so poorly on our iPad Pro.
By FirstTimeMommy2Be

This game is awesome but please read! 😀

I love this game but the building guy with the Crain I think should be able to pick up the characters with his Crain and one last thing I think there should be furniture. I think this is a great game but please make those changes. 🤩
By Hawkeye132607

This game is the best!

This is a very fun and decent game and has mechanics for all ages to enjoy! You play as little builders and you can build whatever you want!...It’s familyShare option is awesome!Having gameplay with family and having fun on this grand adventure!With six unique characters with all different abilities!This is the best game...
By Noahs of the Noahs

I think there should be no limit for how tall the blocks can go. Right now the limit is 6 blocks. I also think there should be furniture. Sometimes younger kids don’t know how to make houses and buildings. So, to prevent this you can add the birth of date for your child and have pre-built homes. But it depends on the age. Thank you so much! I Really think you should change that. And one more thing. The characters should have elements and they have the same ones. They should be able to go on the water too. All the characters can make more land. AND 1 more thing. I think you should take a picture of a thing you want to copy so you don’t have to do it over again. And Toca Blocks has it too. Thank you! And LAST thing. I like that there is nothing to pay for. I hope these changes should be fixed soon
By # nunber 1