Tennis Channel is your home for Tennis. Subscribe to Tennis Channel Plus and watch over 1300 live matches as well thousands of on-demand matches. Are you a Tennis Channel subscriber? Authenticate and watch the network streamed live. Tennis Channel Plus subscribers will unlock access to over 650 live matches not available on Tennis Channel including the French Open mosaic, ATP and WTA tours, Davis Cup matches, Fed Cup matches, plus thousands of hours of on-demand programming. Access to Tennis Channel Plus requires a subscription. -Payment will be charged to iTunes Account at confirmation of purchase -Subscription automatically renews unless auto-renew is turned off at least 24-hours before the end of the current period -Account will be charged for renewal within 24-hours prior to the end of the current period, and identify the cost of the renewal -Subscriptions may be managed by you and auto-renewal may be turned off by going to: http://www.tennischanneleverywhere.com/account after purchase -Any unused portion of a free trial period, if offered, will be forfeited when the user purchases a subscription to that publication, where applicable -Terms of Service: https://tennischanneleverywhere.com/terms-of-service Access to live streaming of Tennis Channel is determined by your TV provider. The following providers offer access to Tennis Channel live streaming: -AT&T U-verse -Cox -DISH -DirecTV -Verizon FiOS -Frontier -Select NCTC partners Please check back regularly as new TV providers are added. 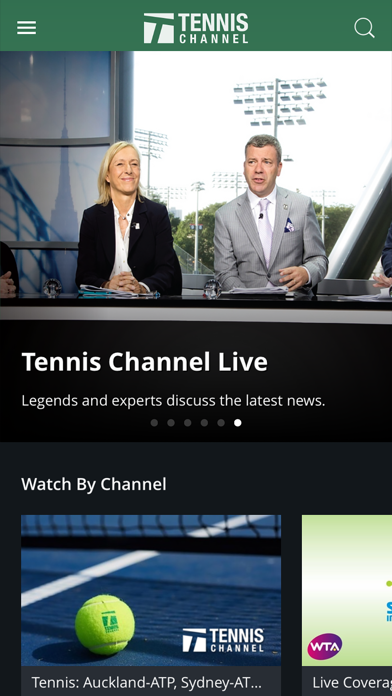 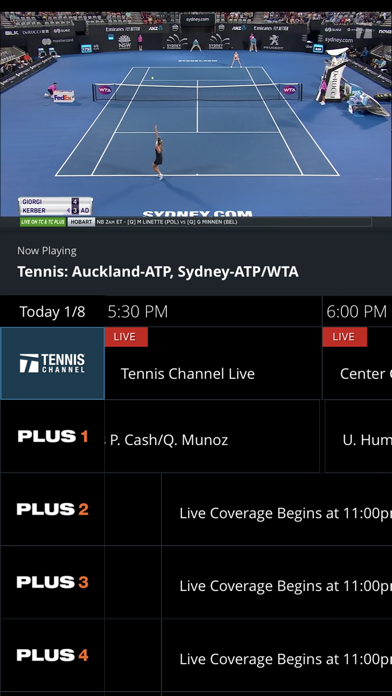 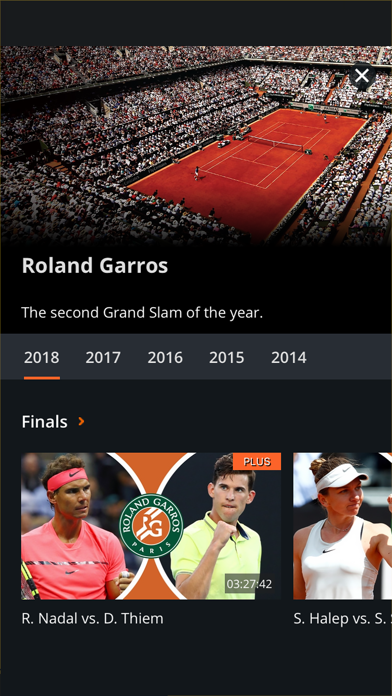 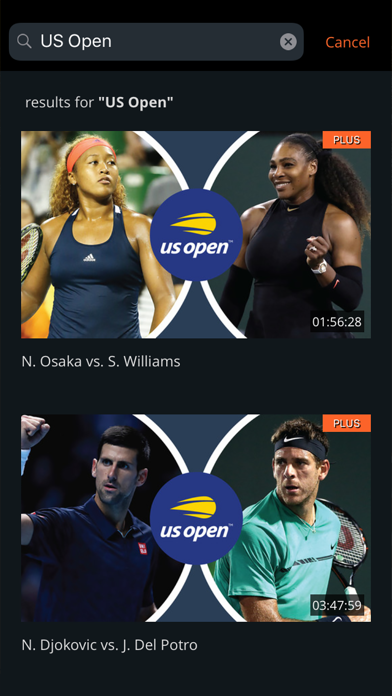 I pay for the +version and on the app have never been able to watch anything. I train a player and the only reason I pay extra is to see her play. They should refund everyone’s money because the app and service is so poor.
By lakanen77

great app... when it actually works

it's 2021 and this app has been around for years. it actually used to work great believe it or not! all I want to do is stream the live channel from my phone... and I can't even do that. just the loading wheel. every time. useless.
By camitzelfelt

Is the Tennis Channel app the worst streaming TV app? Yes, it is. I use the app through Apple TV. Each time I open the app a blank screen with the spinning circle appears, and the circle spins and spins and spins. Then I have to delete the app, reload it, log in again. Ridiculous. I enjoy seeing the Miami Open and other non-major tournaments so I appreciate having the app. I also like the announcers on the app (so much better than the constant talkers on the Tennis Channel itself). But the tech itself is terrible, zero stars.
By Stumper88

Can’t get it to work their Roku and on the iPhone it rarely loads replays. Sometimes can watch a live match but replays really stuck. Have reloaded several times signed out then back in nothing fixes it.
By tennis452021

Aside from the fact that the app has been a terrible user experience- I had exactly the same frustrations last year when I gave them another try- I paid $109 non-refundable to find out that most of the live content is not really available, I have to use my cable... and then to find out that my cable is not one of the providers. What a scam!!
By ValBalanescu

Cordcutters, Cordenevers... Tennis Channel does not want you!

I was actually pretty happy with the app. I like being able to watch matches on my schedule. I have a smart tv so could load tc plus app. Then suddenly on Thursday Feb 5. I no longer could watch on demand recorded matches and content. I get this message: API conflict, handleresponsestructure->oops, sorry something went wrong. My internet is fine. All the other apps on my tv work just fine. Something is wrong with the app. Trying to contact help is awful. They don’t listen, they try to turn it around to make it seem as if I have done something. Worst of all, you can’t make a freaking phone call or get an app engineer to help you. I am going to be alerting both the FCC and BBB. I just want this fixed. If the developers see this don’t you dare say contact using help or email. I want a phone call to get this straightened out. What kind of company has no phone option? Apparently official. The app no longer works with Amazon Fire TV
By Patteeaa

The app rarely works (spins until I force close it) and they still haven’t updated the login to reflect AT&T TV - it’s still UVerse, which of course doesn’t work. Will not be paying for another year of garbage I can’t use. Don’t waste your money.
By jlepine12

Zero stars if I could

I Aaready pay for the channel thru my cable provider. The app lets me sign in using those credentials. But I still can’t watch the actual matches I want without subscribing again!?!? No thanks TC.
By ricperry1

When my TV provider (YouTube TV) dropped Tennis Channel, I dropped them ($60/month) and picked up TC+ (something like $100/year) and I’ve been pleased with the quantity of matches available. Plus the on-demand matches (so far) are commercial-free. Very happy with my purchase and the app works well in a basic way on iPhone/iPad/Apple TV. Best feature: the app makes it easy to avoid seeing final scores before you watch on-demand content. This is honestly the best part of the app: spoiler-free viewing. Other apps with on-demand sports content like ESPN make this nearly impossible. Extremely important feature when most of the tour is nowhere near my time zone. It would be even cooler if I could choose when to reveal the list of matches for the “next round” but I will take what I can get here. A few bug fixes and feature requests would make this a 5-star experience: Bug: I often have to force-quit and relaunch the app to see the latest available matches. Feature request: let me turn off the display for total match time. If you know the on-demand match video is 80 minutes long and Halep wins the first set in 60 minutes, you know the outcome of the match before the second set even starts. Feature request: let me save a list of favorite players and then put them in a special list for me. You could even notify users when a live match is starting (or even better) when an on-demand match video is ready.
By x82times