"In short, there’s oodles of scope here for sound designers and anyone who makes more experimental styles of music, whether EDM, chill or ambient." -SoundOnSound Unfiltered Audio's Silo is now available on iOS as a Standalone app or AUv3 plugin! Silo combines granular synthesis, audio spatialization, and reverb into a powerful, essential tool for sound designers and musicians everywhere. Silo combines microscopic granulation with macroscopic reverb tails to extract new realms from your existing sounds. Silo's first section, the granulator, breaks the incoming signal to tiny little bits (called "grains") before reconstructing it with massive amounts of control. You can change the speed and pitch of the signal independently and in real-time! These grains are then sent to Silo's unique spatializer, which throws the grains all over the stereo field. The spatializer contains a number of motion algorithms to add trajectory to your grains, such as the orbital "Moons", the shooting "Meteors", or the squirmy "Biological". After using this spatializer, you'll never want to use a traditional auto-panner ever again. Finally, the signal washes through one of Silo's many reverb algorithms, from small, resonant spaces to enormous, booming voids. From "Bokeh" to "Nebula", each mode can be tweaked to frame your sound perfectly. As an AUv3 plugin, Silo has been tested to work perfectly with Garageband, Drambo, AUM, Cubasis, Beatmaker, Nanostudio, apeMatrix, Loopy Pro, and more! Additionally, with its clear layout and smart resizing, Silo can be used on tablets and phones with ease. 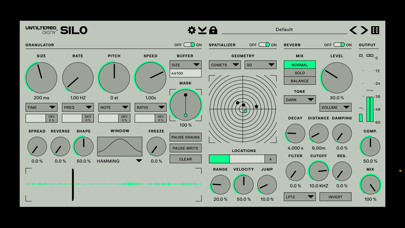 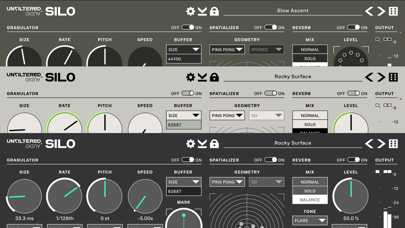 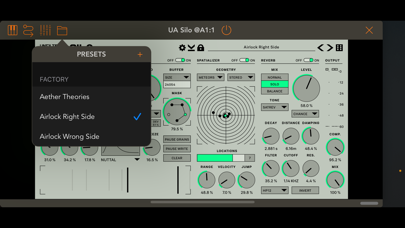 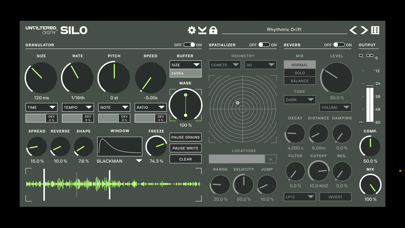 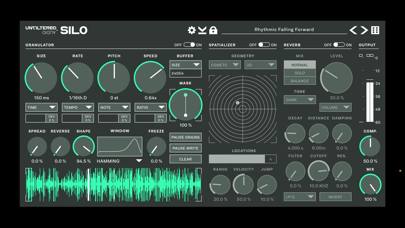 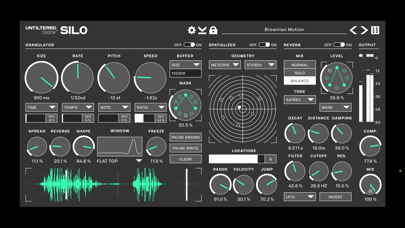 Bought the whole set! Should’ve made ‘em a bundle. Love the creative controls.
By mikenoface