Now eating better and feeling great is easier than ever -- with EatingWell Magazine!  Find delicious ways to cook with seasonal ingredients to create go-to meals that are packed with surprising health benefits. Feel confident about your food choices with our grocery store top picks and tips for deciphering food labels. Plus get our test-kitchen cooking shortcuts, fun stories from the chefs and farmers changing the food industry – and so much more!  Download the app and receive a FREE ISSUE when you say yes to a monthly or annual subscription. EatingWell Magazine is published 10 times a year. EatingWell® Magazine Subscriptions Available:  • 1-month subscription - $0.99, automatically renewed until canceled • 1-year subscription - $9.99, automatically renewed until canceled SUBSCRIBERS’ AUTOMATIC-RENEWAL FEATURE: Your subscription will be charged to your iTunes account at confirmation of purchase and will automatically renew unless auto-renew is turned off at least 24-hours before the end of the current period. Your iTunes account will automatically be charged at the same price for renewal, as stated above, within 24-hours prior to the end of the current period. Current subscriptions may not be cancelled during the active subscription period, but you can manage your subscription and/or turn off auto-renewal by visiting your iTunes Account Settings after purchase. NOTE: WHEN PURCHASING A SUBSCRIPTION OR SINGLE-COPY OF THIS TITLE, YOU AGREE TO THE PRIVACY POLICY AND TERMS OF SERVICE WHICH CAN BE VIEWED BY GOING TO: Privacy Policy: https://www.meredith.com/legal/privacy EU Privacy Policy: https://www.meredith.com/legal/eu-privacy Terms of Service: https://www.meredith.com/legal/terms KEY FEATURES: • OPTIMIZED FOR YOUR DEVICE: Easily toggle between the traditional magazine layout and the innovative text mode for a seamless reading experience, built for your iOS device • OFFLINE READING: Download your magazines to your device to read them whenever and wherever you want, even without an internet connection • BOOKMARK AND SHARE: Bookmark articles to read later, or share them with your friends • TEXT TO SPEECH: Listen to your favorite magazines and all of your articles on the go • NEW ISSUE ALERTS: Be the first to read the latest issues of your favorite magazines with new issue reminders 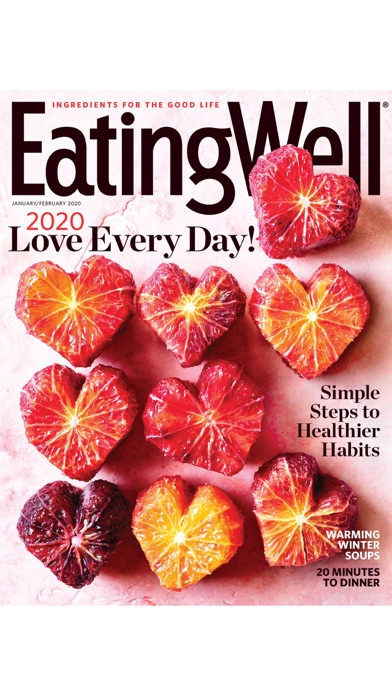 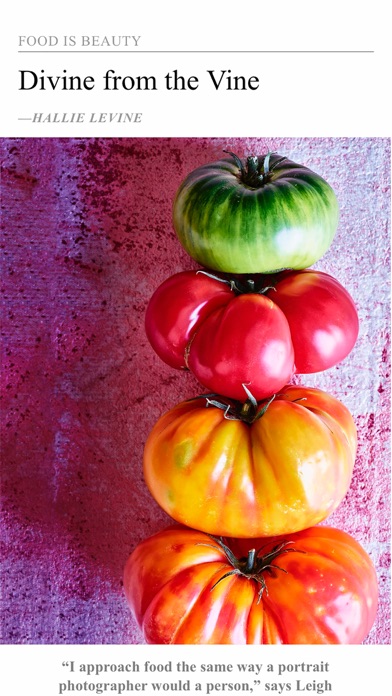 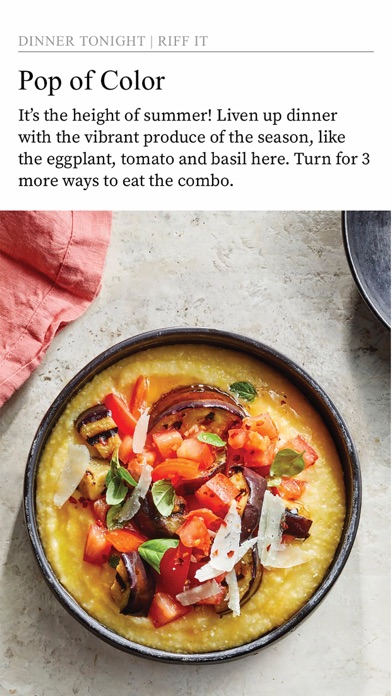 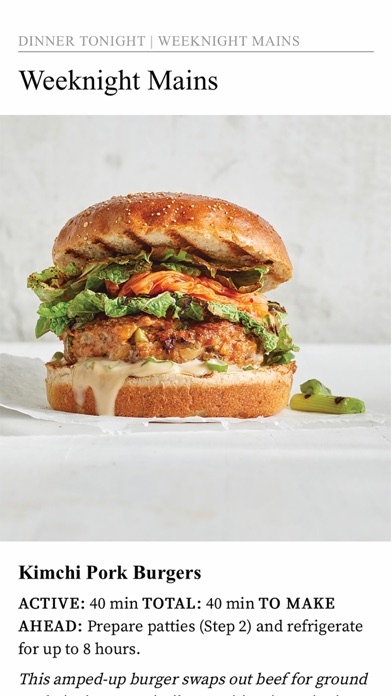 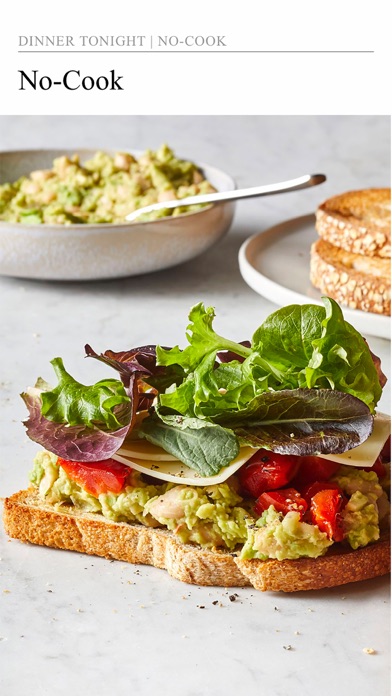 How am I suppose to link my account to it? It keeps telling me to buy the issues to unlock I already purchase the magazine! It would be AWESOME to just get a digital option as well, I am not renewing as I don’t want all these magazines around me house anymore and the app is just painful.
By CrazySadie

I have followed all the instructions on the app and in my account preferences and cannot access any recent or current magazine issues even though my subscription is current thru 3/20. The finger screen swipe in the Library does not obtain any issues and using the syncing function either way (there are 2 listed) does not either. I am in my account but none of these features work. I only have issues from January and February 2019 and now it is September 2019. Also the October print issue is already out in print so it seems we should be able to access this one too. I like the magazine but I am extremely disappointed in this app which does not allow access to current/up to date issues
By NSJHCO

I simply cannot access the issues online. I’ve emailed for assistance, they’ve sent instructions that simply don’t work. Most recently, customer service has not responded at all. A mess.
By connor_jean

Can’t access my subscription and no help from Eating Well

I just spent 45 minutes on the phone with both Apple Support and Eating Well support trying to get 3 years worth of digital subscriptions restored on the new app. Finally was told to email Meredith apps at Ziniopro (nope no phone number to call). If I can’t restore my old subscriptions that’s $180 worth of magazines that I no longer have access to. The responses the developers have given to other people are all the steps I have already followed. What a rip off this app is. EW Magazine used to b e a wonderful publication and it’s such a shame to see it going totally downhill. Update, I have not gotten access to any of my subscription. After sending an email I received a response saying in 24-48 hours I would have access. Tried again 24 and 48 hours later nd still received the same error message. I responded to their email explaining it still wasn’t working and included a screenshot of the error message. They responded with the same form email they originally sent me saying I would get access in 24-48 hours. So apparently, I’m now in a Kafka novel. So sad to see such a wonderful publication taken don by such a terrible app development team.
By FemmeNYC

Will not allow to down new issues, even though the have iTunes account, it wants me to sign in with some other account access or pay 4.99, already payed for the year very poor service. Going to speak with iTunes to cancel account. Keeps wanting to enter email and password, again it is an iTunes account. Thank you for your response, but we canceled the iTunes subscription.
By Frank&Sherry

New update has. NO WORKING LOGIN FOR MY ITUNES based subscription. ‘RESTORE’ purchases does not work! Cannot even open previously purchased or downloaded issues. New interface is cluttered. ALL BOOKMARKED/STARRED recipes from 4+ years are GONE! YOU IDIOTS! Login Instructions on app, email responses, and from developer in reviews here are wrong, the idiots don’t have correct info and the poorly designed app has misnamed the login options. I figured it out, but it was against all logic and the app instructions.
By nocrapfromu

I can’t see any magazine. It keeps saying that my email is not correct.. I have years of magazines I can’t access...massive piece of crap app
By Marlincatcher

So Cooking Light ceased publication and those of us with a print and digital subscription are now getting Eating Well. So why has the Cooking Light app disappeared. Every time an app is updated the subscriber has to download each issue again. I have at least a dozen issues that I can not download because the app is no longer available. As for the Eating Well app - I installed it and was able to download the January issue but if I want the March issue I am given the option to buy it. The account information for my Eating Well app also has an email address I haven’t used in years and there is no option to change it. I find Eating Well visually difficult to read and will not be renewing my subscription. I just want to be able to download my old issues of Cooking Light. So I got a response from the Zinio app people who basically said “sorry but you can’t access your past issues of Cooking Light - the magazine is no longer being published so we disabled the app”. Guess who won’t be purchasing any of their publications in the future.
By quilter48473

Can not restore issues

New app version is bad. Can not restore my past issue and cannot get my new issues as well. Help.
By Maui Marsha

Could not be worse

I have not been able to login, how can any magazine hire Meredith to do their new app without testing it previously!! I have problems with People, Food and Wine & EatingWell and all three magazines committed the exact same error to hire Meredith for their new app. They should have stayed with the old app which worked perfectly!
By @mrogers

Do It Yourself Magazine