This musical box of sound surprises is perfect for toddlers! Introduce children to sound and music with this magical app – just shake, rattle and tap! Listen for cheerful chimes, horns, drums, animals and more. Your little one is sure to laugh and giggle as they play. Add notes by tapping the screen, then fling them around or tilt to see them tumble. Sounds play as they bounce, creating fun soundscapes. Watch your child play with tones, explore colors and discover hidden surprises. Features • Choose from nine different sound makers • Explore new sounds, from wind chimes to barking puppies • Play, listen and learn musical scales • Tilt to hear sounds bump into each other • Move sounds around the screen with your finger • Tap and hold for a silly surprise • Works with multi-touch – play together with your child. • Recommended for toddlers • No in-app purchases or third-party advertising so you and your child are free to discover without interruptions! "Want to see a 21st century rattle? Innovative and easy to use, this bite-sized App engages young children with music in a way that could only be done with a motion sensing device like an iPhone or iPod Touch." Warren Buckleitner, New York Times. Sago Mini is an award-winning company devoted to play. We make apps and toys for preschoolers worldwide. Toys that seed imagination and grow wonder. We bring thoughtful design to life. For kids. For parents. For giggles. 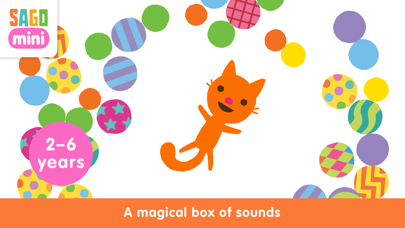 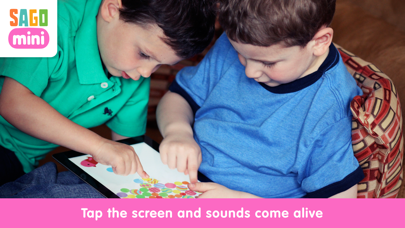 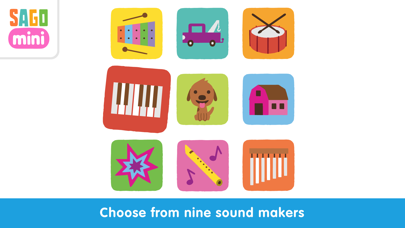 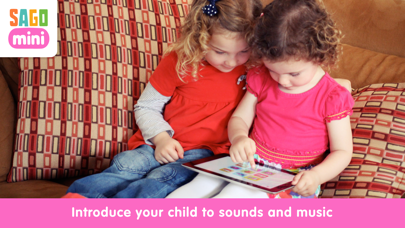 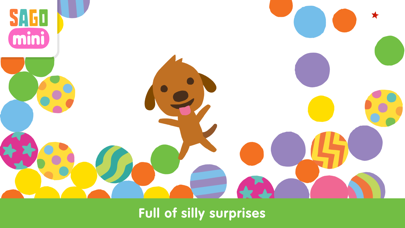 Simple, fun and delightful. A must-have for the little ones, without ads and in app purchases. It created loads of giggles!
By SindraB

My daughter loves playing with this app, but the sounds aren't the only key feature. Playing with the sound OFF is often what I need for her. The app does NOT respect the silent switch so I'm unable to easily give her the app in a quieter location. The first time I launched this app at Church I was mortified when the app screamed out at full volume "Sago Mini!!!" I wasn't impressed. Sure, now that I know that the app is incompetent I can hold my hand tight against the speaker and crank the audio down. Respecting the mute switch would be a much nicer feature. I would even change my rating to 5 stars for that.
By JerameL

Cute but wish there were more playable actions.
By Smsmiles-77

Great fun; son loves it too

The Saigo Mini games are always entertaining and this one is no exception. With lots of fun sounds and balls bouncing around my little guy really enjoys playing with it and it doesn't drive me crazy (bonus!)
By jeffalopolis

My 2 year old is so good with it. He says a dog says woof. And other sounds!!😊 I'm felling really good with it!!
By Goldpuppy19

It's simply great for little kids, but boring for teenagers, because they quickly lose interest in this game. It's got nothing to do but tapping the screen, dragging the balls and tilting your device to activate sounds from car horns to musical scales of a vibraharp, a piano, a flute, or wind chimes. What a waste of money! Toca Boca is better than Sago Mini!
By Microsoft Anna

My little guy has been using this app and loves it very much. He is 7mo now and still living it.
By Rekless Roo

My grandchildren and other young relatives love it. They and even some grown ups are fascinated by it.
By McPosaune

This is so cool! Such a smart app. The balls after being created, will roll around the screen as you tilt it, and make all kinds of fun sounds! My 2 year old daughter loves this! I even will take a turn and see what part of the screen makes what sound. Oh, and no pop ups! A must have when looking for young kid apps!
By Kaylamac84

My son loves this app..he can play for about ten to fifteen minutes and it helps me to entertain him. It's great hand eye coordination. Awesome.
By Jezzka the great