Logic Remote is a companion app for Logic Pro and GarageBand on the Mac. It provides an innovative way to extend the creative power of Logic or GarageBand by using your iPad or iPhone. Designed to take full advantage of Multi-Touch, Logic Remote offers new ways to record, mix, and even perform instruments from anywhere in the room, turning your iPad or iPhone* into a mixer, transport control, and a flexible Touch Instrument. Play Logic Instruments • Play any Logic instrument using a familiar piano keyboard or guitar fretboard • Tap out beats on drum pads or a drum kit • Control Live Loops by triggering cells or switching between scenes • Program beats, bass lines, and melodic parts in Step Sequencer • Perform Remix FX over individual tracks or the entire song • Use the scale mode to limit notes to fit the key of your song • Tap and strum entire chords using Chord Strip view • Make simple or dramatic changes to your sounds with Smart Controls • Add the Arpeggiator plug-in to any instrument Navigate Logic Projects • Operate basic transport controls like start, stop, record, and cycle • Swipe the LCD or bar ruler to navigate to any location • Select and jump to any Logic project marker • Control recordings on your Mac from another room • Browse the Sound Library and remotely change Patches • Enable Smart Help and hover over interface elements on your Mac to display documentation on your iPad • Remotely trigger Logic key commands with customizable buttons Mix Your Logic Sessions • Use Multi-Touch gestures to adjust Mixer volume, pan, solo, and mute controls • Swipe to scroll or jump in banks to navigate through Mixer faders • Use the level meter strip to monitor levels and identify clipping • Enable and change automation modes for each fader • Use Multi-Touch gestures to shape the tone of your tracks with Visual EQ • Plug-in view provides access to Logic or Audio Unit plug-in parameters *Smart Controls, Sound Library navigation, Smart Help, full mixer, and access to plug-in controls are available only on iPad 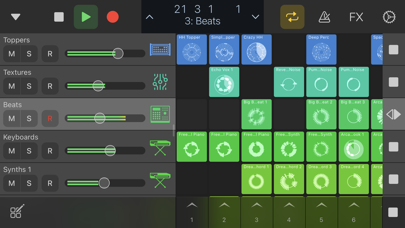 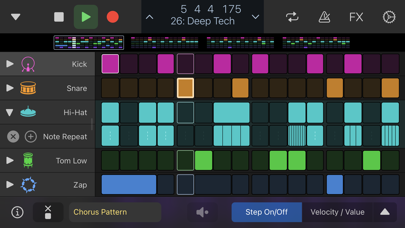 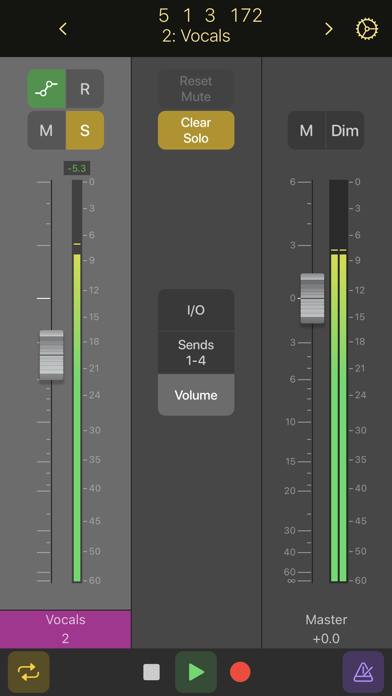 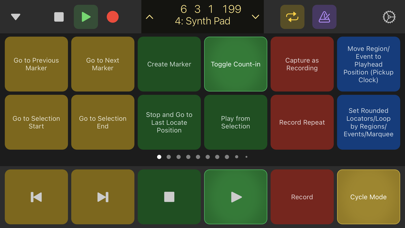 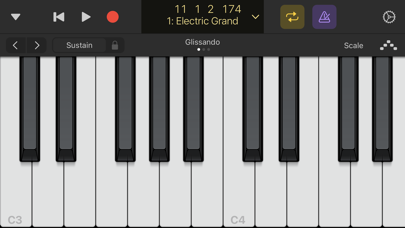 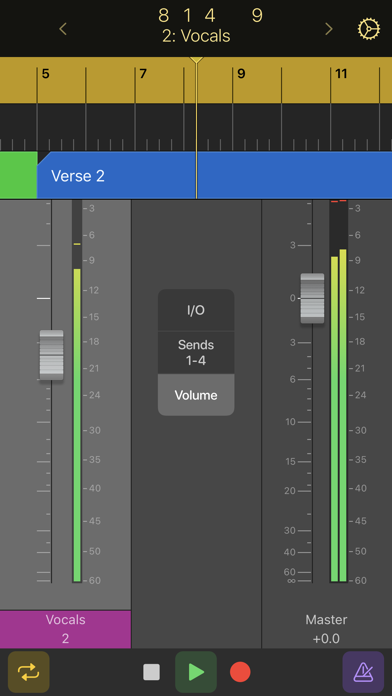 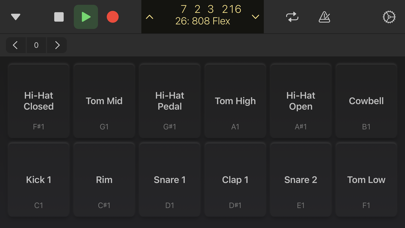 Not compatible with latest MacBook

This app is not supported if you have an older iPad. It’s disappointing especially when you spend so much money on new devices. Apple has lost it shine; I feel like it’s the Windows of ten years ago.
By PAW-60

The literal first thing I do on my iPad tells me I need a Mac book
By .cmdjevjhrehmjywefgkyfdvg

Idk what a hacker truly is

The remix FX bottom will not show for me on my iPhone. I can’t find it on the control bar or any of the folders!
By bshdjdbew

Can’t use it with MainStage

It works perfectly fine on GarageBand and LogicX but not MainStage. Please enable it soon 🙏🏽
By Betsag

I don’t use it often, but since Universal Control, I’ve started using the app again. One thing I’d like to see would be pan control for Dolby Atmos. It would be so nice for the special panning to be controlled via the app.
By Shonaga

Logic at $200 for a complete DAW was already the best value for a pro & complete system - adding this free controller app which is very smooth in most ways, just adds to that amazingess of what you can get for the $200 Logic purchase - just ten or 15 years ago, this would be $10,000 - $20k to have a system including the touch screen remote app. Logic can also be controlled by all the industry-standard means (MIDI, MIDI Machine Control aka MMC, the Mackie HUI standard, etc) but all these other methods require bespoke programming by a software developer or by the end user (you don’t need to know how to code, it’s just hugely time-intensive to setup manually each parameter). The mixer control - amazing & excellent. I would like to be able to control the zoom (sizing) myself, but banks of 8 works ok. The smart chords - incredible. The downside is you don’t need to learn the chords, how they work, basic music theory so many young ppl will never learn that - but another way of looking at it is that for teaching those concepts, and immediate ability to play music by hand is now super accessible and for the advanced musician who doesn’t ‘need’ them, handy in many cases, too. The smart controls - I couldn’t immediately figure out how to select which plug-in I wanted to control, I’m assuming they’ll work like they do in the Logic main app, which is as much as can be expected for third-party plug-ins, but for built-in plugins, why can’t we have the whole UI here? Possibly I just didn’t figure out how - what I wanted was the Remix FX plug-in & UI which I found was implemented on the mixer screen by pressing [FX] at the top and then you get exactly what I wanted - no latency I can perceive! The keyboard shortcuts - lazy. I doubt this will help anyone’s workflow, the way they’re shown here. Why I feel entitled to harp on this is that these shortcuts on the keyboard are positioned much more sensibly, so if they’re not gonna come up with a sensible arrangement (positioning on the screen) UI for the iPad, I would’ve far preferred this screen to mimic the actual keyboard shortcuts so that it would help users learn the shortcuts from the keyboard, as they’re way more effective there, compared to switching to this screen, selecting which ‘bank’ , reading all the text and clicking…. Or they could’ve allowed the end-user to customize the layout, drag them around the screen, decide which bank, decide coloring, etc like iOS home screens! The only real issue with this is the issue with Apple software / hardware overall - the risk that one day an update of Logic software / MacOS / iPad OS / this Logic Remote app will cause it to stop working for a user because of incompatibility with the computer or the iPad - this would be understandable if Apple allowed users to revert to the prior version which works, but they don’t and that’s really crappy. This system works wonderfully right now, I have no idea year-to-year if/when it’ll break. For example, the newer LPX is incompatible with the Waves V9 plugins I’ve been using for years and rely on. I had to setup a brand new MacOS installation with an older version (10.14 instead of 10.15 Catalina) and setup everything again. So that’s just something to keep in mind and maybe take measures to be prepared for this like making backups of your iPad and Mac, you can do that and you should be able to revert that way, it’s just a lot of work.
By CynicAndMusicLover

This app never connects to logic easily. At this point it’s stopped working all together. This is ridiculous
By The Wall Studios

It connects to Logic maybe 50% of the time. This seems like something Apple should be able to do 100% of the time. When it’s connected it’s useful!
By MaestroJBeau

I may be behind the curb on things in Logic, but is there a way to connect from my MacBook to my audio units VSTs that on my iPad through Logic Remote? GarageBand on my MacBook and iPad with logic remote works well but I am struggling with not having the same access to sounds and VST in Logic Pro X. Please Help….
By Gardian BA