HOW NOOM WORKS Psychology: Our curriculum uses evidence-based approaches and scientifically-proven principles such as cognitive behavioral therapy (CBT) to help people build sustainable habits that last a lifetime. Technology: We’re constantly innovating and fine-tuning our platform to ensure our users—we like to call them Noomers—have access to the most effective healthcare tools in the market. Human Coaching: Noomers can opt to be matched with one of our thousands of trained coaches, who help guide them along their health journeys and provide the support needed to achieve their goals. NOOM WEIGHT Lose weight and keep it off for good. We’ll help you better understand your relationship with food, how to be more mindful of your habits, and give you the knowledge and support you need for long-lasting change. FEATURES - 1:1 coaching to help you achieve your personal health goals. - 10-minute daily lessons that help you develop healthier habits. - A diverse food database with over 1 million scannable barcodes. - Health-tracking tools like weight logging, water tracking, and step counting. - Hundreds of healthy, simple recipes that don’t require you to restrict your diet. NOOM MOOD Manage daily stress and anxious thoughts. We’ll guide you, step by step, to mental wellness—and help you gain the emotional awareness to live your happiest life. FEATURES - 1:1 coaching to encourage you and help you work through challenges. - 10-minute daily lessons that help you develop coping mechanisms and build resilience. - A variety of mindfulness-based techniques and skills, which you can put into practice right away. - Mood logging to better understand your moods and measure progress. Ready to join millions of other Noomers and take control of your health? Sign up for Noom today, and change your life for good. For CCPA: "Do Not Sell" Policy for California Residents, please see https://www.noom.com/ccpa-do-not-sell/ 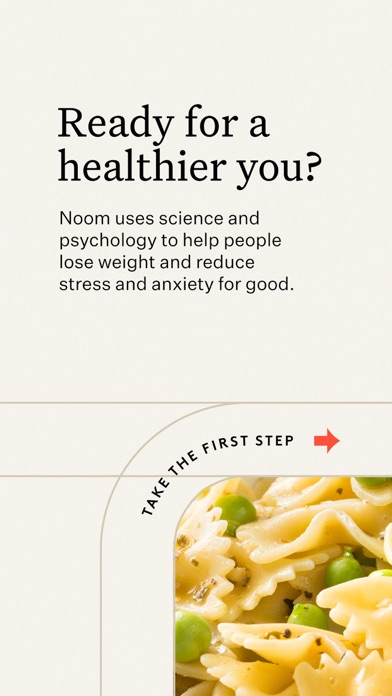 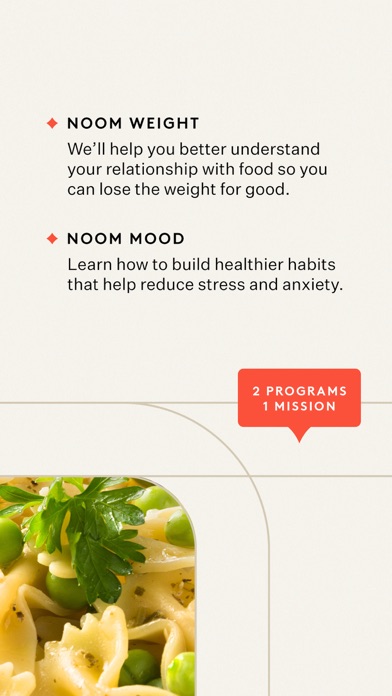 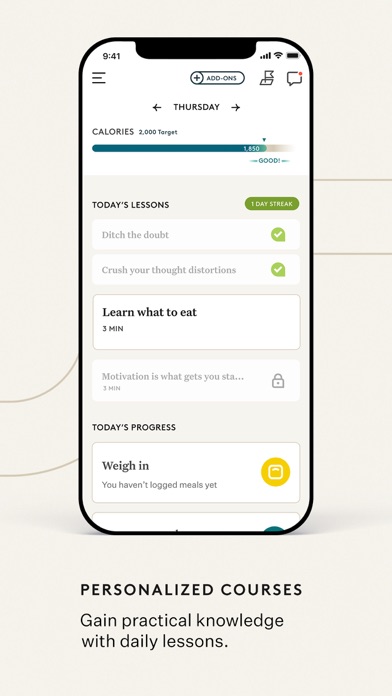 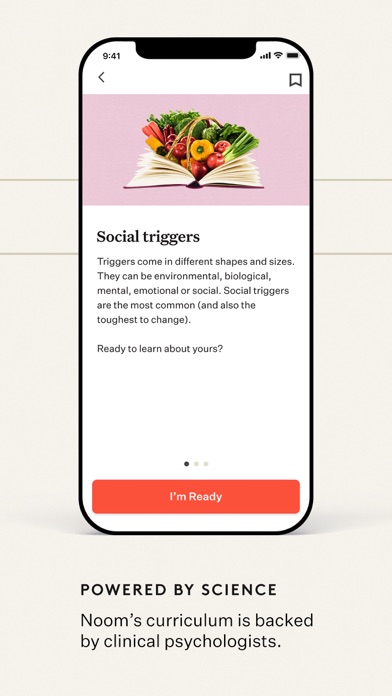 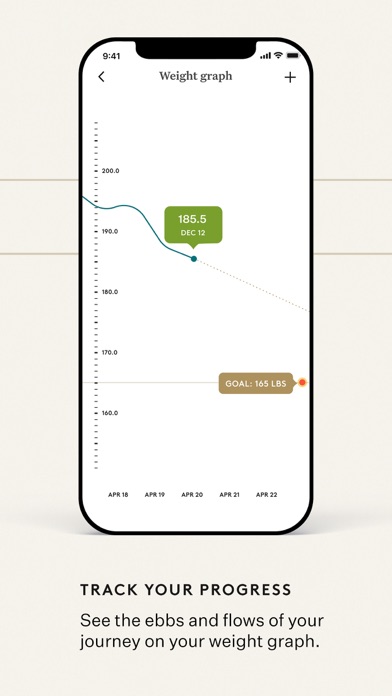 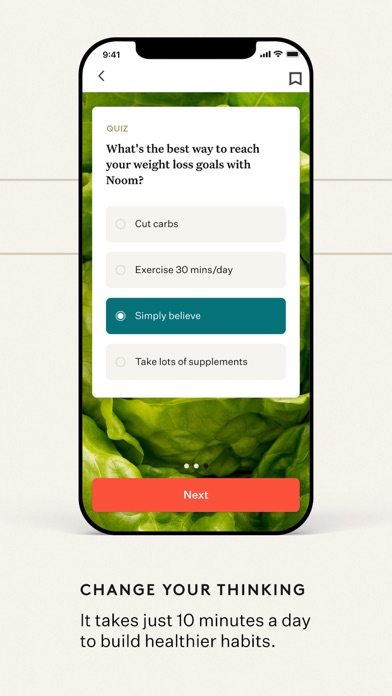 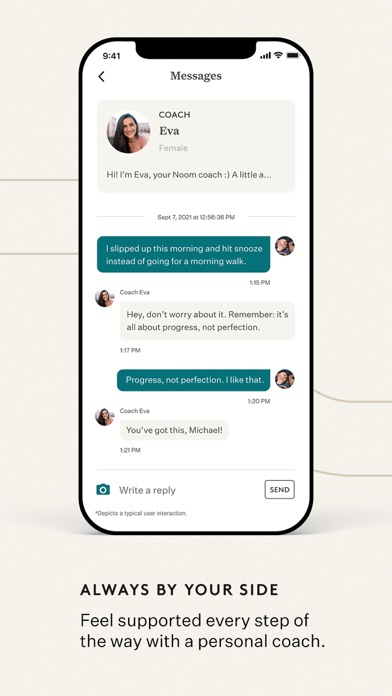 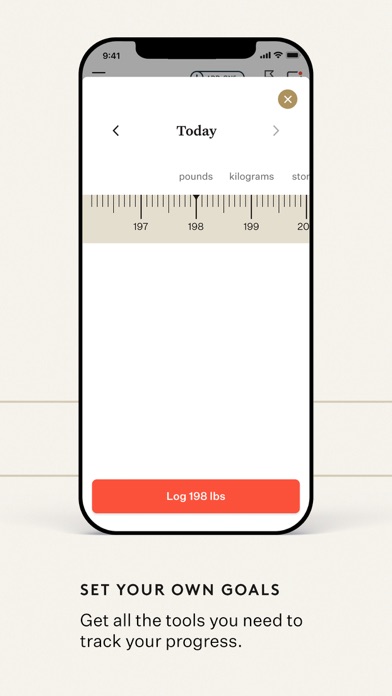 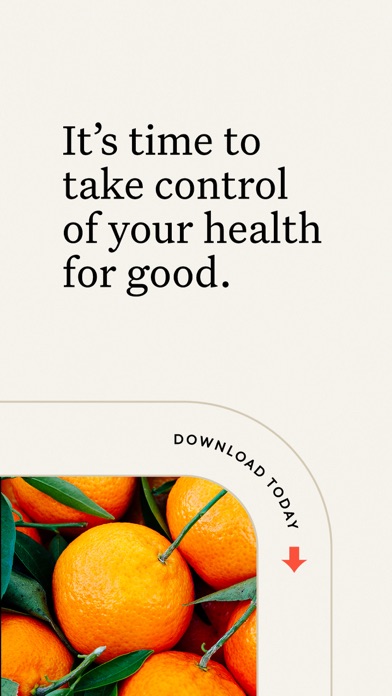 I joined Noom in response to two old, big fellow male friends, who praised it and reported they both had lost fifty pounds “because of the psychology lessons”. The first thing Noom teaches you is that believing you can reach your goal is the Number One determinant for success. That belief is strong in me because of the success of my friends. I lost my first eight pounds, my cravings and food habits have already changed permanently it feels like, my body feels totally different (reduced inflammation, I think), and my goal - this will sound odd - feels like I have already achieved it, but the future still just needs a couple of months to get here.
By WinWithWater

I am extremely disappointed that there was only three weeks worth of the audio tutorials. After the three weeks it switched to all of them having to be read. Had I known this I likely would not have signed up for a three month package.
By CareyB*

I love learning about my relationship with food and how to change it in order to be healthier. And knowing the science and research behind what and why I eat makes it easier to make lifestyle changes. As a therapist who teaches cognitive behavioral therapy, it is nice to be learning to use it to help myself. R. Goudeau
By rz goudeau

I was actively using noom for 3 months, and gradually lost 20 lbs. since then, I’ve kept the weight off for about 6 months. I’ve restarted noom Bc I never actually finished the course. I believe in noom, and believe the things I’ve learned are very useful and applicable long term. You may be wondering why I gave noom 3 stars instead of 5. I’ll list them below: 1) inability to log in your meals the days before. Some of us have very busy lives and we don’t have the time to wake up and scan each item or look for all the ingredients we used to make lunch. It would be easier to be consistent if you could meal prep for the week and actually log it in at the same time. 2) the IT support is practically useless. The team responds to your questions w/ more questions and the response is by a different representative every time (via email). I found myself getting frustrated and saying F*%$ it. Also, when you have IT issues they ask you to : log off , delete and reinstall the app or update it. Literally, that was the same response I got for every IT issue. As you can imagine, none of those options actually fixed the issue I was having. Also, there seems to be some inconsistencies. My friend who’s also doing noom was given the audio option and I wasn’t. IT response: it was there in the beginning and you can’t install it now. Umm excuse me?!?! For $45/ month ( I think) id expect a better experience. Like I said, other than above, the educational information provided is valuable, and when done correctly, you can lose weight… and if you apply what you’ve been taught , the weight will stay off.
By jegrace23

Amuses me + it works!

The way the articles are written gives me a chuckle. There are occasional typos and things that clearly weren’t edited well, or at all. But still, it’s funny while effectively teaching me what I need. The online customer service is impressively fast at responding. I assumed I would hear back sometime in the next 24 business hours. Nope!, I heard back within a few anytime-hours.
By Fun mahjong

The version before this one was already painfully slow and a serious drain on my iPhones battery.The new release is just painfully slow and inexcusable. I am due to renew at the end of January and doubt that I will be renewing.
By Dr Cyberquack

It worked for me

Fantastic weight loss and fitness app. Super easy to use and it teaches you everything you need to know about weight loss psychology. I lost 25 pounds in 5 months. I highly recommend this program
By LemonCoookies85

App lag is getting worse

I’ve used Noom for more than a year and I’m a complete believer in its combination of food/water tracking and progressive exercise. I’ve lost 40+ pounds and I’m maintaining the weight loss. This review is about the iOS app itself. It’s been lagging badly for more than two months and it seems to be getting worse. I assume it’s the app since no other iOS apps have such delayed touch response. Now the water tracker is acting up. I’ve tried reloading the app, but it didn’t work. It’s unclear if the company is responding or if they are just monitoring the issue. As a (relatively) long time user, this is worrisome and I hope it gets fixed.
By HoyaSaxa1983

From 5 to 1 star after update

Takes way to long to load after update. Food that has been tracked disappears. Tracking categories options, food, weight, steps no longer listed by default. Always shows I have a notification until I open the app and there’s nothing to clear. I loved this app and paid for it for 6 months. I lost weight and enjoyed it. But this new version has been bad for several weeks and I’m ready to try a different option since it’s not being fixed.
By JonSamstone

Good but still needs some improvements

The food database is still lacking, but it’s getting better.
By Jmiguy