Get new "Emoji 3D Keyboard" Hundreds of animated Emojis :) LOT’S OF CATEGORIES: • Alien • America • Animal • Baddies • Celebration • Cool • Emotion • Everyday • Food • Funny • Greetings • Halloween • Hobby • Love • Pals • Play • Robot • Sick • Sport • Star Signs • Study • Teddybear • Texts • Transportation • Weather • Work DESIGNED FOR: • iPhone • iPod Touch • iPad With retina graphics KEYBOARD: • Needs iOS 8 or higher PRICING: • This App contains about 520 emoticons. • An additional In-App-Purchase contains 300 extra emoticons. NEWS: Visit us on our Facebook site to get informed about new stuff: http://www.facebook.com/Animated3DEmoji FREE UPDATES: • There will be lots of free updates in the future that will bring you even more animated 3D Emojis. IMPORTANT NOTE: Emoji 3D Keyboard requests full access so we can copy and paste the 3D Emojis or save them into the photo album. We don’t save your key strokes or compromise your privacy. _________________________ BE ONE OF THE FIRST who got these new Animated 3D Emojis and impress your friends 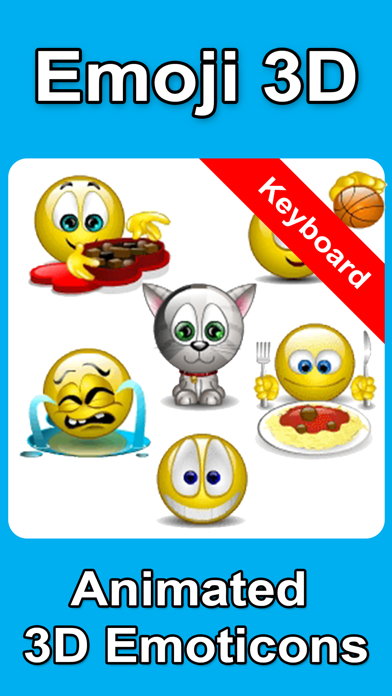 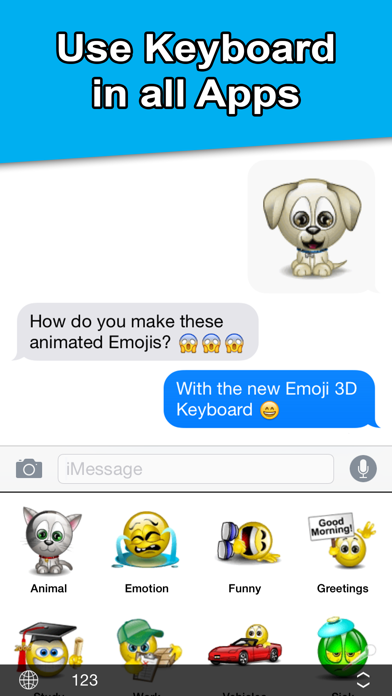 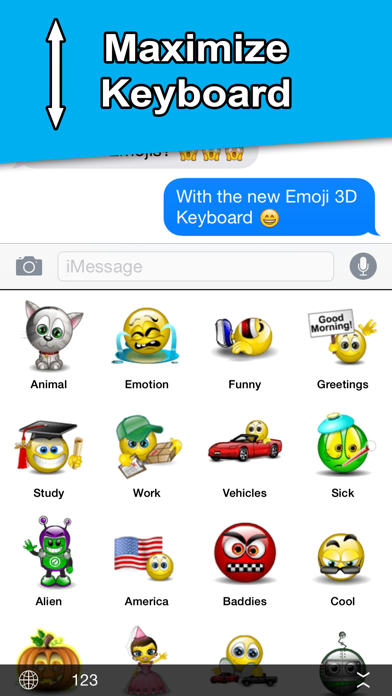 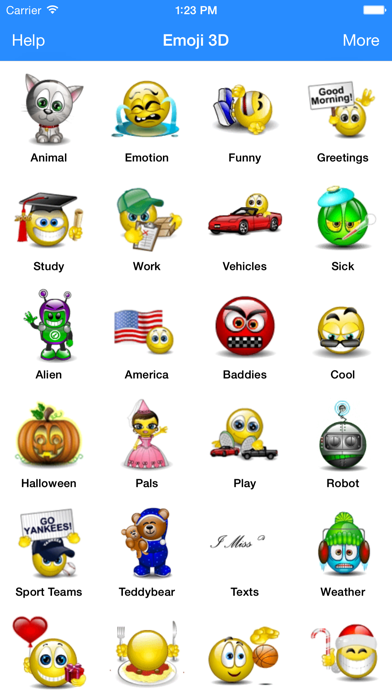 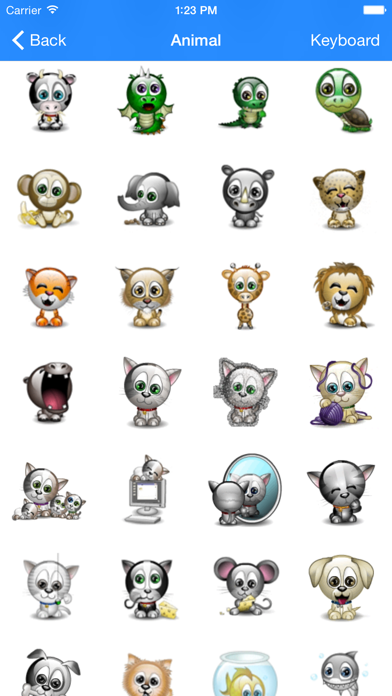 Stops working after a while

This is my go to emoji app! It has an emoji for everything and anything you could need an emoji for!! The animation is fantastic to get your point across! LOVE it!
By BlissEnigma

One of the best emoji apps. But images are too small. Had one that was very similar but can’t use it on my iPhone any more images were larger, hence the 4 stars instead 5.
By Cindrloo

It’s not working on my Iphone 8plus

It’s a rip-off, you buy PRO version and app repeatedly asks for you to open the app go to settings and grant full access and emojis remain locked. It’s only, $1.99 but I’d like a refund it’s a scam!
By Bobitoby

Had Pro on iphone for years. It suddenly disappeared. When I downloaded again, was prompted to pay more money for emojis I previously had access to and had paid for. Deleting and never using again.
By cscottky

I like that this app has a lot of emojis but the only thing I didn’t like was that i had to pay extra $.99 to get the rest of wat the pro had of the emojis. I think that it wasnt nice since I already paid $1.99 for the pro. It should of come wit the whole package not just half. Y’all shouldn’t charge extra when we are paying for the pro version.
By yoyizel

Wish I had read reviews before I purchased this app. You don’t have access to most of the good emojis unless you pay more. None of the ones I want are available. What a waste of money.
By Super frustrated 00

I love it!!!
By Montanasky7

I paid $1.99 for the app only to find many of the Emojis locked; requesting another $0.99 to unlock; which I did; they still have not unlocked! When attempting to use the unlocked emojis, it displays a ‘Restore Purchase’ button; doesn’t work; it just clocks and never does anything! I’ve sent two complaint emails! NO RESPONSE! I’m a large computer software developer; this poor level of quality would not be acceptable in my world!!! DO NOT BUY!!!!!!!!!!!
By DoNotBuyProduct