It's the game The New York Times called a "Sensation," and Cosmopolitan said "will be the best dollar you've spent." Heads Up! is the fun and hilarious game from Ellen DeGeneres that she plays on her show, and you can play with your friends! From naming celebrities, to singing, to silly accents -- guess the word on the card that’s on your head from your friends' clues before the timer runs out! Play one of the many exciting categories, or create a category all your own! Features: - Play with one friend, or one hundred at the same time. - Draw a new card simply by tilting your phone. - Keep videos of your hilarious game play for your own amusement, or share them right to Facebook. - Diverse categories let you challenge your smartypants friends and entertain your kids for hours, all from one app! With 40+ themed decks packed to the brim with exciting gameplay cards, the fun will never stop! Decks include: - Celebrities - Movies - Animals - Accents - Characters - And lots more! Game-nighters, your app is here. 1. Ad Choices: policies.warnerbros.com/privacy/en-us/#adchoice 2. Terms of Use: policies.warnerbros.com/terms/en-us 3. Do Not Sell My Personal Information: privacycenter.wb.com/donotsell 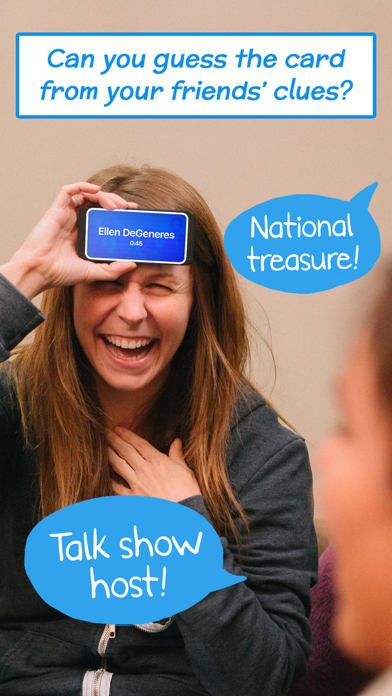 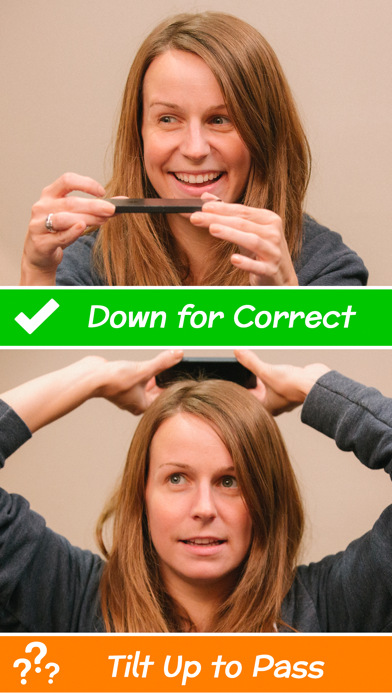 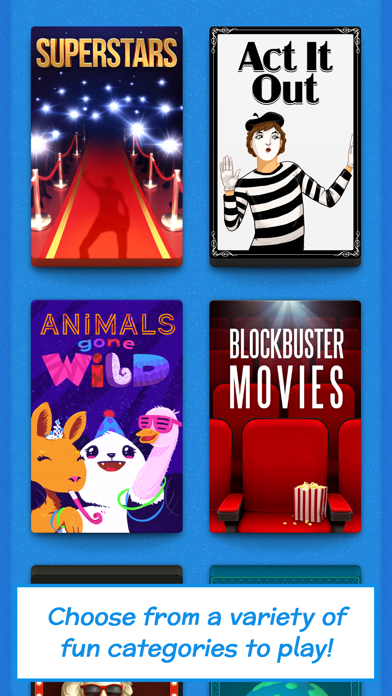 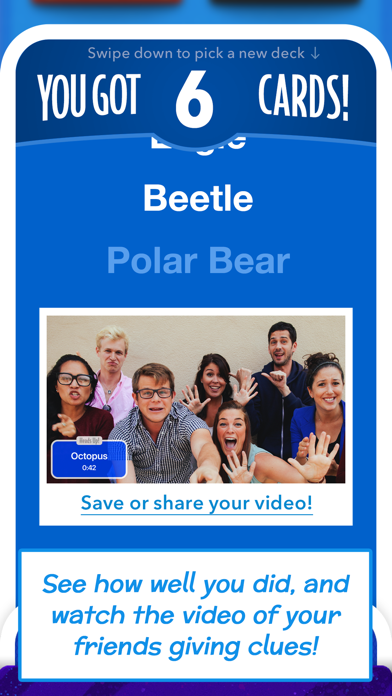 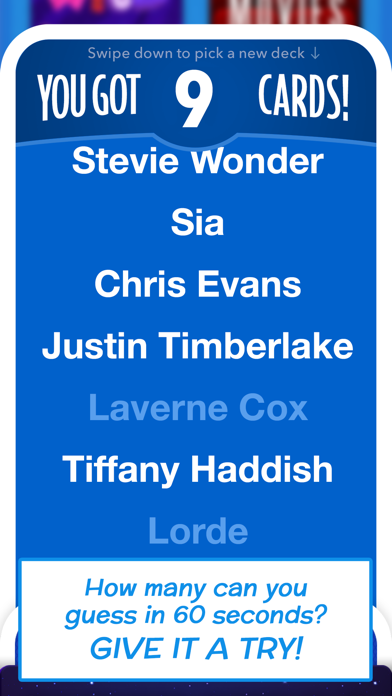 I was in Disney world with my family and we played this to pass the time in the long lines. We all had a great time and never got bored!
By coconut14365

Not for the family

I like this game but the biggest problem I have with it is just how hard it is to play with people who aren't just millennials or super on top of current entertainment and stuff. So few decks can be played by a wide spread of generations. Ive played with teenagers and they don't get most of the references. And Ive played with my parents and they don't get all the other references. Its too “pop culture-ey”.... I wish there were more decks that could be topics everyone might know... like more educational decks or something like that.
By Kathrynelise.art

A great time with the family but the Mystery ? card isn’t working.
By nikkijohn23

It’s impossible to play when the family is spread out all over the USA and abroad!!! Even after military service! All five of them! Then there’s me! Way to go Non appropriated finds , MWR/ FSS! It was hard work with loads of fun! Thanks to MWR for making in awesome in trying times! Blessings and peace to all of you!
By star.fire

I work at a rehab facility. We would love to use your heads up game as part of our therapy. Is there any way to make the game NOT have a time feature. That way we could have patients have the same fun but without the stress of a timer. THANK YOU!
By StaceyMvP

Heads up give me my money

Do NOT buy the “adult” add on package unless you want to be BORED!!

We bought the adult add on package (for $6!!!!) thinking it would add some more laughter to our game night and instantly regretted it! The worlds were not “adult” themed and I felt my 11 year old could have heard every world. They used the word “areola” for gods sake and found it offensive that a scientific term for a female body part was considered “adult” or “dirty”. Anyways this quickly ended our game night out of pure disappointment and for the serious “buzz kill”. Worst part I can dispute the charge to get my money back. Sigh.
By HayCZ

Dinner with the kids. And they even talked to me

When we are out at dinner, we will play to keep the individual games put away. Keeps everyone engaged and everyone around us wanted to play.
By Farmdaddy2000

I spend more time trying to fix the game than I get to play it! It’s been a month now and the issue of the game crashing still hasn’t been resolved. It’s a shame because I love the game! PLEASE FIX THE CRASH ISSUE!!
By Beebe's

Since the new update the game is freezing at the times up screen. I have tried restarting my phone and restarting the app multiple times. I have enjoyed this game for years now and hope this can be fixed.
By Ponder14