Golfshot is now the first to bring to you Auto Shot Tracking (AST) with Apple Watch®! Automatically track every shot on every round to get accurate distances per club, insightful, automate stats, and the ability to review your tracked shots through Golfshot’s new Flyover Round Review. We've further automated your on-course golf experience with Apple Watch so you can play hands-free while getting valuable insights and real statistics about your game to truly get better. You still get the most comprehensive and powerful set of GPS features to play your best golf while managing your game all in one place. Enjoy real-time distances to the green, hazards, and targets on over 45,000 courses worldwide along with rich scoring and shot tracking, detailed statistics, entire course flyover previews, and club recommendations. Book your next round with GolfNow tee times, track and post scores to your World Handicap Index®, and enjoy world-class golf instruction from Golfplan. GUIDING YOU TO YOUR BEST GOLF - Get best-in-class GPS distances - Track your shot distance, direction and club used - Score for yourself or your foursome with Stroke Play and Stableford - Enable Siri to ask Distance to the Green - Use Auto-Advance and Voice Hole information to remain handsfree - Take the guessing out of your game with powerful statistics based on your playing history - Visualize your round before you play with 3D video previews of your entire course. - Purchase and easily track your Handicap Index® through Golfshot - Save time and money with GolfNow tee times booked with Golfshot - View your game at a glance with Apple Watch™ - Earn, view and share awards showing your accomplishments and the progress of your game - Share your rounds and send tee time invites to friends to set up a game - Track your pace and activity on the course with the Health app PLAY WITH A PRO CADDIE IN YOUR POCKET AND ON YOUR WRIST - Try a 7-Day, free trial of Golfshot Pro - Auto track and review every shot with your Apple Watch - View a Flyover Round Review of every shot tracked from every round - Never search for yardage markers with Pro’s real-time distances to all hazards and targets - Course strategy and management made easy with personalized club recommendations. - Challenge your foursome to Skins, Nassau, or Match Play games. - Get $20 off a GolfNow Hot Deal tee time booked through Golfshot - Link your existing GHIN® Number to post scores directly to your World Handicap Index® – Pro membership means access to premium features, exclusive member benefits, and an ad-free experience. WORLD-CLASS COACHING AT YOUR FINGERTIPS WITH GOLFPLAN Powered by Revolution Golf's video library with coaching experts like Martin Chuck, Sean Foley and Andrew Rice, Golfplan gives you the best golf instruction available on your iPhone®, iPad®, or Apple TV®. - Elevate your game with access to over 350 personalized videos. - Focus on areas of your game including driving, putting and approach shots. Golfshot Pro and Golfplan require subscriptions that can be purchased in-app and are renewed automatically unless canceled at least 24 hours before the end of the current period. You can manage your Pro and Golfplan subscriptions through your iTunes account. Golfshot offers both monthly and yearly subscription options. Purchasing a subscription while your free trial is active will activate your membership immediately and cause your trial period to end. Golfshot GPS requires a GPS-enabled iPhone® or iPad®. Continued use of GPS running in the background can dramatically decrease battery life. In-app purchases available: - Pro Features: $8.99/month or $49.99/year - Golfplan: $2.99/month or $19.99/year - Martin Chuck Tour Striker Training Program: $9.99 for 1-month rental - Core Golf: $9.99 for 1-month rental - Golfers Need for Speed: $9.99 for 1-month rental You can view our privacy policy and terms of service at https://shotzoom.com/legal. Created by Shotzoom LLC 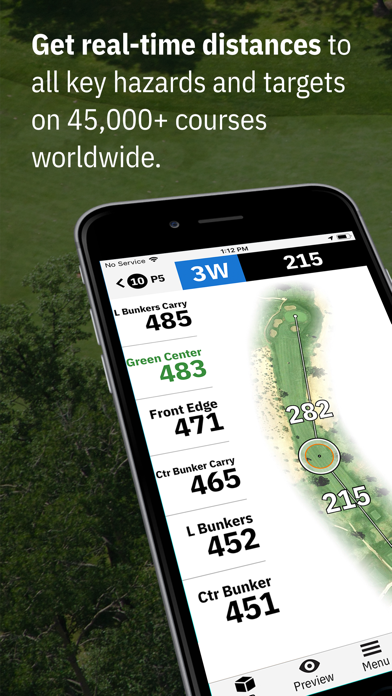 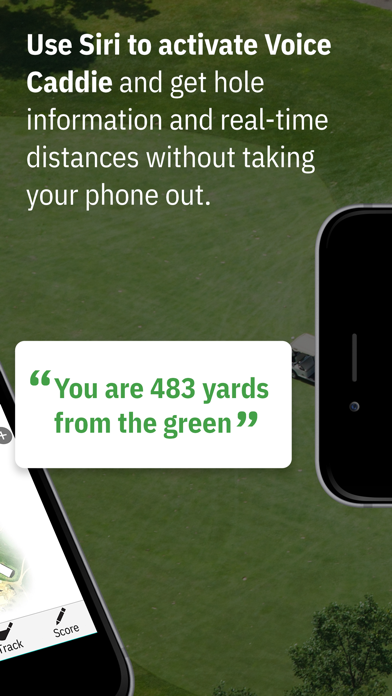 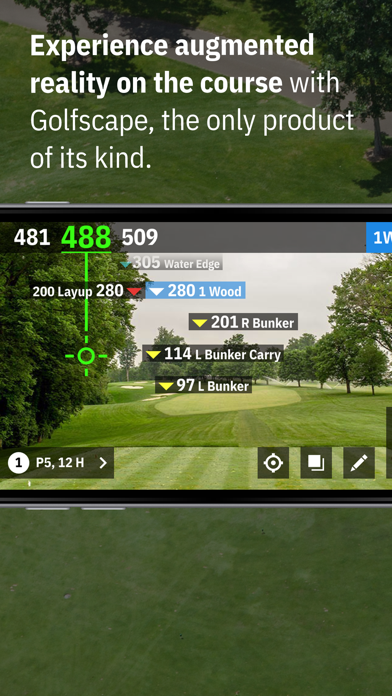 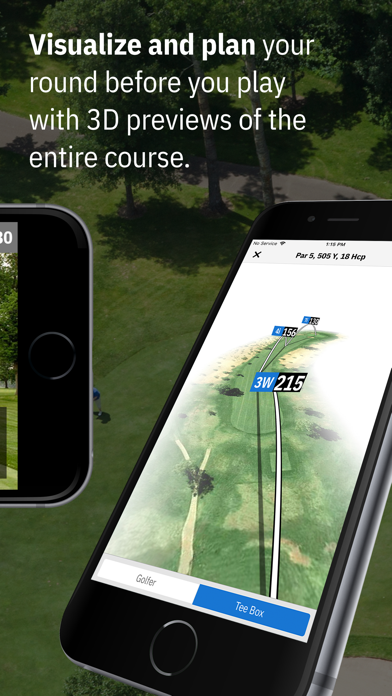 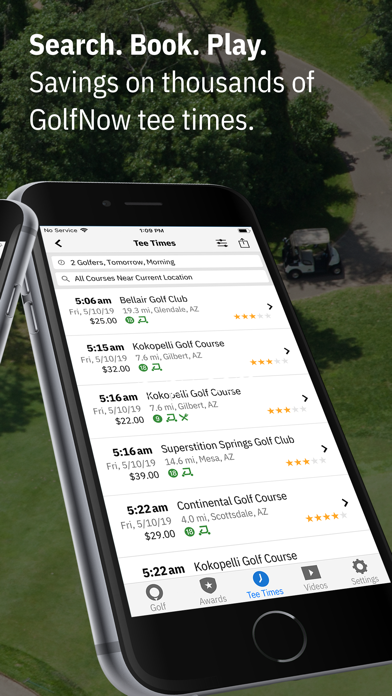 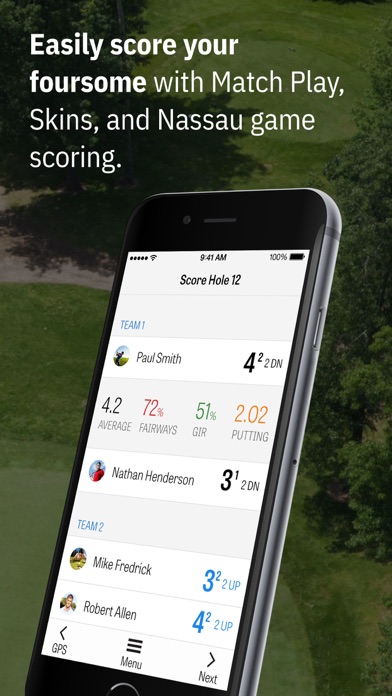 Shot tracking not ”seamless and reliable” as advertised

Worked fine a week ago; they pushed out a new release and broke functionality. Disappointed that it wasn’t thoroughly tested. I pay $100 annually and expect it to work
By businesstraveler2

I had the app one day only, without even starting I realized this was going to be to complicated for my 82 year old brain. Also looks like you have to have your phone with you and my club “MPCC” in Pebble beach does not allow phoned at the club. I deleted the app before even trying it. #1 reason is “ITS TOO COMPLICATED “ for me.
By zerilto

Golfshot is incorrectly posting net double bogey to GHIN. GS posts double bogey regardless of strokes on a hole.
By Frustratedx98

Great app. Does all I need and more.
By mninms

Of all the golf apps I’ve tried, I like the stats and rounds interface the most with Golfshot. Tracking shots is super easy as well. The only thing I feel this app is missing is a friends/games component, as well as seeing other users’ performance at the course. I really like 18 Birdies for that, but I can’t stand the rest of their interface. Any plans to incorporate any of those mentioned settings? (Friends, others’ performance/different game styles)
By CTru10

After using the app for about 2 months consistently I can honestly say this is the best golf app available , especially if you go with the Plus subscription, though not cheap. However: I’m not giving it 5 stars because the customer service is non-existent. I have submitted 3 separate tickets with questions and minor issues both via the app and the website. Not once has the developer or customer service replied. To give you an idea, my first question/ticket submitted was on Sept 30th. It’s October 20th and…complete silence. I have heard this from other users as well: Fantastic app, zero response from them. TLTR Summary: Get the app if you are serious about golf. It’s worth it. But if you ever have an issue with it, or a question, don’t hold your breath for a response.
By OCMaDa3

I love this app and use the premium for distances to hazards and the flyover when playing new courses. After using many golf gps apps this one won me over with its Apple Watch interface. Over time the app has learned how far I typically hit my driver and now shows me how far out my shot will likely end up off the t box. My only complaint is the scorecard feature. I really like it for scoring and emailing to myself and playing partners after the round BUT I find I am often missing some scores. If you wait to record scores on your way to or at the next t box (as you should), the app will sometimes jump ahead and record your score on the wrong hole, or miss some of the scores you thought you had recorded. I would prefer to manually advance the app to the next hole to prevent that from happening.
By Metro saver

Using for 7 years, no longer can score on apple watch. Can not report score without upgrading but I already upgraded. Junk … used to be good before they added ridiculously stupid uogrades not needed br any regular golfer. Buy sonething else
By Sharon Medairy

Has potential, but not the best.

This app has potential but the confusion is real. I paid $20 for a year when the USA won the Ryder cup. But I’m regretting this app now. It’s not as easy to use like other apps out there. I followed all directions and still difficult to grasp. And the Apple Watch feature doesn’t work well. The auto track feature never played a sound or vibrate on my watch. The gps accuracy is good but that’s about it. I contacted their support multiple times and still have not received any responses. I’d like the refund if possible.
By leggomyeggo_15

I’ve used other apps in the past; this one is so easy to use and gives me the info Ivwant immediately. In fact, my wife just bought me the Garmin S62; I’m returning it. This wonderful app is better!
By guinnessluvr