Think you have great style? Show it off in Covet Fashion, the #1 fashion game! Build your virtual dream closet as you shop and discover clothing and brands you love, plus get recognized for your style with incredible in-game prizes! Makeover your virtual model with fabulous items from real-world fashion brands and hundreds of unique hair and makeup styles. Win exclusive in-game prizes by styling outfits for different Style Challenges and voting on looks from millions of other fashion lovers! SHOP THE BEST STYLES. We’ve partnered with brands like Calvin Klein, Rachel Zoe and Vince Camuto to bring you the latest fashions to obsess over. With over 175 brands to shop from you’re sure to discover styles you love. STYLE THE PERFECT OUTFIT. Choose from thousands of glamorous clothing and accessory items in addition to chic hair and makeup styles on our new diverse array of models to create looks for various styling challenges such as photo shoots, cocktails and red carpet fittings. VOTE ON WHO WORE IT BEST. Cast your vote and decide what’s hot on the Covet Fashion scene! Over hundreds of thousands of entries per styling challenge! Are other players’ looks 5-star worthy or did they miss the mark? PLAY WITH FRIENDS. Want to get advice on your outfits or celebrate your wins? Join a Fashion House to make friends or connect to Facebook and chat about any and all things Covet Fashion. Did you know you can shop your favorite Covet Fashion items in real life? All of the clothing and accessory items featured in the game link to places where you can buy them for your real-life closet. Not only can you discover new brands and trends, you can own them, too! Download Covet Fashion now and start styling! FOLLOW US Instagram: instagram.com/covetfashion Facebook: https://m.facebook.com/covetfashion Twitter: https://twitter.com/CovetFashion Pinterest: http://pinterest.com/covetfashion/ ________________________________________ Contact Support: covethelp@crowdstar.com __________________________________________ Payments FAQ: Does Covet Fashion allow in-app payments? Covet Fashion is a free-to-play app, but like many apps in the App Store, there is the option of purchasing in-app items using real money. Turn off in-app purchases on your device if you’d like to disable this feature. Privacy Policy: https://www.glu.com/privacy/ Terms of Service: https://www.glu.com/terms/ Crowdstar is a subsidiary of Glu Games Inc. __________________________________________ Notes: - Requires iOS 7.0+; - Compatible with iPhone 4 or newer, iPod Touch 4th Generation or newer, and iPad 2 or newer - This game will NOT work on iPad 1, iPhone 3GS or older, and iPod Touch 3rd Gen or older - This game requires an internet connection (WiFi or 3G) to play ________________________________________ 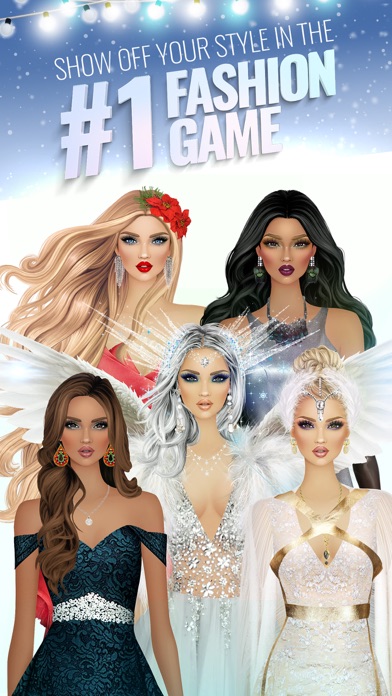 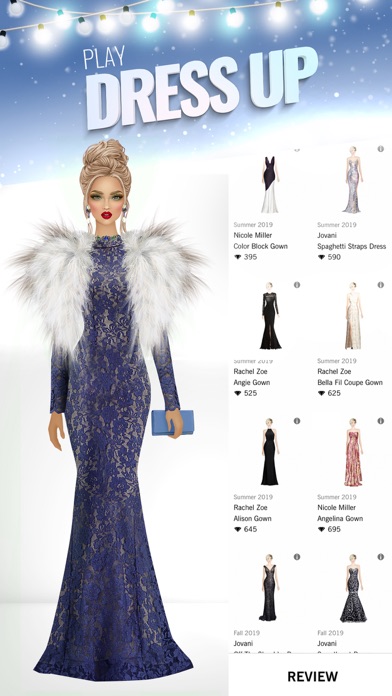 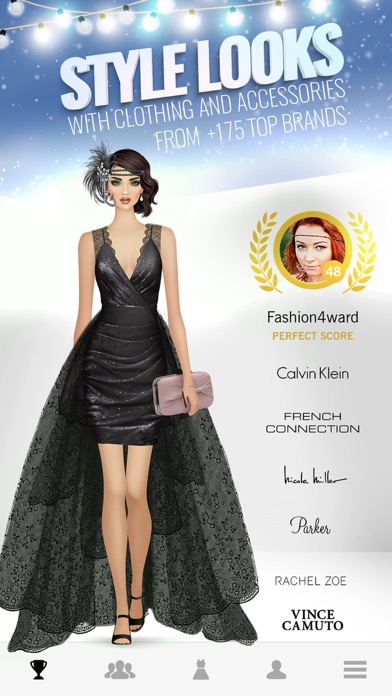 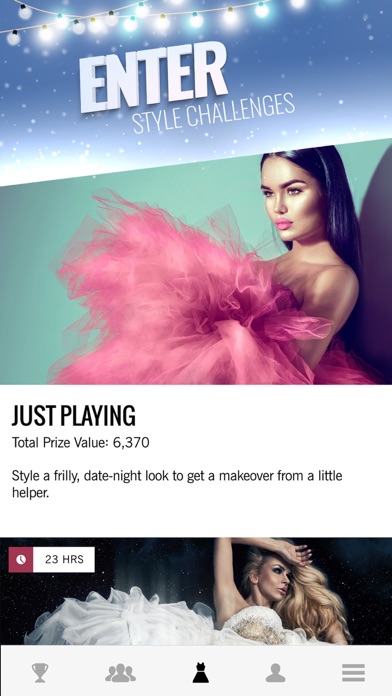 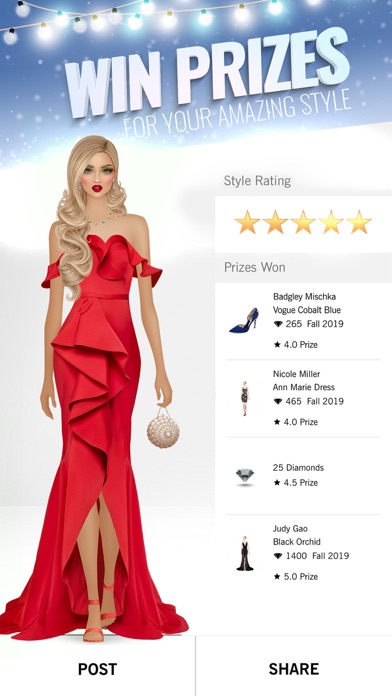 I’m in a fashion house that works really hard during rallies. We enter the challenges, max out our looks and reach or surpass the daily stars needed. In the past some of our scores were not calculated into our total which caused a domino effect of not receiving the proper bonus at the end of our rally. Several house members have logged complaints through the app and were given a Basic top saying that fixed the problem. Other members who did not complain did not receive anything. I’ve seen many glitches over my years of playing and Covet doesn’t seem to care they are ripping people off. Shame on you Covet!
By Twistedshari69

I have been playing covet and loved it. A problem arose with borrowing from my FB friends. I have contacted the support team but nothing has been fixed and they will not contact me back! The sad thing is I have used money to buy HA and stay competitive with in season garments so for a game that I have invested in has such sad support is why I’m having to quick covet!
By tngirl411

I hate the way the voting is set up. Entering in a style competition should be done fairly. The opponent should be on the same level as you! How you determine who style looks best?During voting time; I came across members which is on level 50 and their opponent styling score level is on level 5. How is that possible? Of course the person with level 50 is going to win the voting match. Not only the opponent is on level 50. The opponent has a higher advantage then level 5 because of the popularity, hairstyles are more advanced and the make up is flawless. I’m actually feeling bad for the people who entering in the style competition that has lower level. Why should I even vote period. That’s discrimination! The voting opponents some be based on the same level. Level 5 should be competing with level 5. Also, level 50 should be competing with level 50. Whatever level the member is on; the opponent should be on the same level as each other. It’s evil and cruel whoever has this in placed like this. Smh
By uggggggggghhh

It’s ok could be better

I like this app. But i gave it 3 stars because you can’t wear an item more than once and it’s hard to earn more cash for new clothes.
By BrownSkinMom

I love this game so fun!!

I am obsessed with this game!! It brings a real life perspective into an online game!! It’s also really fun! 😍😍😍
By JiaAggarwal

This game is a lot fun. It’s the best fashion game I have ever played. However the voting system isn’t fair. I saw how a level 8 had to compete with a level 81. Please change this, judging from the people’s complaints that’s at the top of the list to take seriously. It’s not fair because the hairstyles helps wins the challenges. Levels should be within the same bracket of no more than a 20 level differences. The hair accessories that cost nine bucks, lower the prices or it should come with all the hairstyles with it. If you sold the hair accessories for five bucks each, your sales profit will hit the roof! I know I would buy every one of the hair accessories for 5 bucks each! Most people don’t mind spending five bucks in a game but nine bucks you think 🤔 that’s a lot of money for a game especially if a child is playing. If my child asked for ten bucks to buy a hair accessories that she can only use two hairstyles from it 😳nope 👎 but for five bucks, I would. And some of the prices of the clothes are ridiculously high! The good part, you can play this game without using real money and still have fun with most of the challenges 😃
By Lady Baroness

This game regularly has glitches, and only moves quickly to fix the ones that actually benefit players. They LOST $3 million of in-game closet value, which was multiple pieces built up over more than 5 years. They IGNORED all but 3 of the more than 50 tickets I opened and are still “investigating” how to restore my LOST DATA while they were able to “fix” a beneficial glitch that expanded use of an in game item in less than 2 days. Imagine 25% of your progress in a game being wiped away in a data outage, and the company blatantly ignoring your requests for help getting it restored. That’s what they are doing to me, more than 3 months after it happened. UPDATE: They ignore emails too. I have no idea why they’re passing out an email address they actively ignore. Their priority is clearly NOT on the players who spend money in this game. If you download this app, don’t spend a cent. It makes no difference in how they respond to problems they’ve created, and you’ll be left with nothing but the realization that you wasted money on a game that doesn’t care about their players.
By yDroid

I love fashion and paper dolls, this is both worlds combined 💛
By Happykitten23

Great fun put your style into action
By Musiq of Love