Farm Heroes Saga, from the makers of Candy Crush Soda Saga & Bubble Witch 2 Saga!  Rancid the Racoon is trying to spoil the precious Farm Lands, stealing as many Cropsies as he can along the way. Will you join forces with the Farm Heroes and help to collect the Cropsies and save the day? Play through hundreds of levels of switching and matching farming fun to find out! Take on this fantastic Saga alone or play with friends to see who can get the highest score!  Farm Heroes Saga is completely free to play but some optional in-game items will require payment. You can turn off the payment feature by disabling in-app purchases in your device’s settings. Farm Heroes Saga features:  ● Collect all kinds of Cropsies to win the level before you run out of moves ● Play levels and win magic beans to help you activate Farm Club ● Rechargable boosters, special power ups and Farm Club animals to help you win those challenging levels ● Easy to play but challenging to master ● Acres of luscious levels to complete - more added every 2 weeks! ● Leaderboards to watch your friends and competitors! ● Easily sync the game between devices and unlock full game features when connected to the Internet Visit https://care.king.com/ or contact us in game by going to Settings > Customer Care if you need help! Do not sell my data: King shares your personal information with advertising partners to personalize ads. Learn more at https://king.com/privacyPolicy. If you wish to exercise your Do Not Sell My Data rights, you can do so by contacting us via the in game help centre or by going to https://soporto.king.com/ Follow us to get news and updates: facebook.com/FarmHeroes Twitter @FarmHeroesSaga youtube.com/user/FarmHeroesOfficial farmheroessaga.com Have fun playing Farm Heroes Saga! 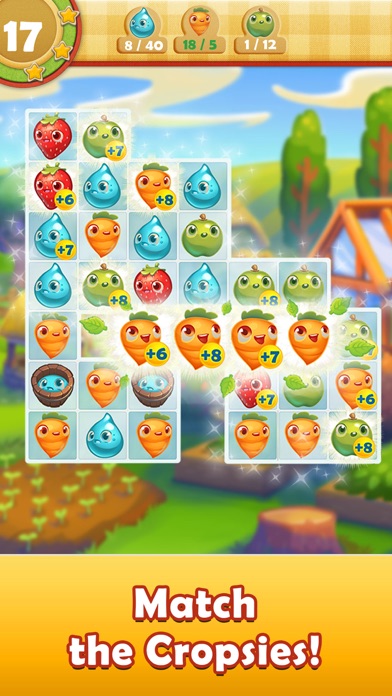 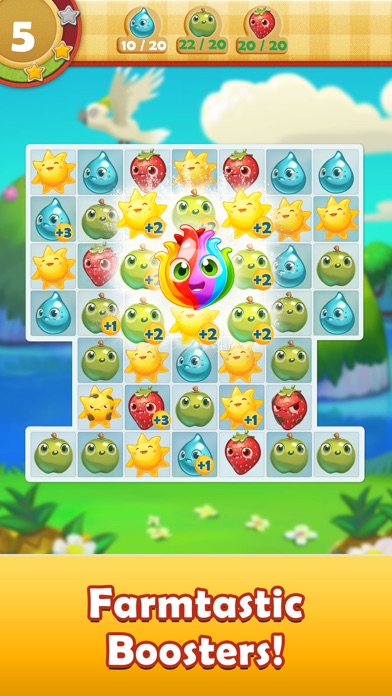 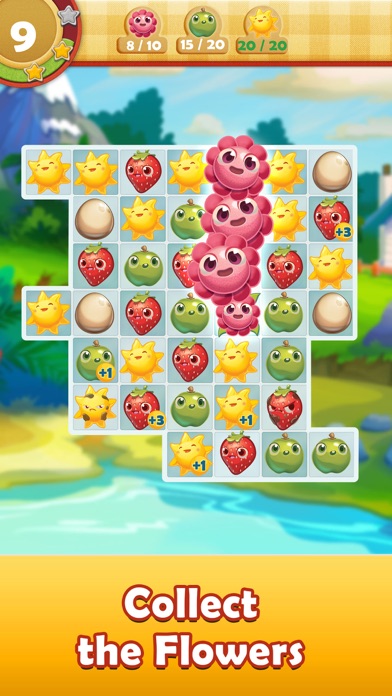 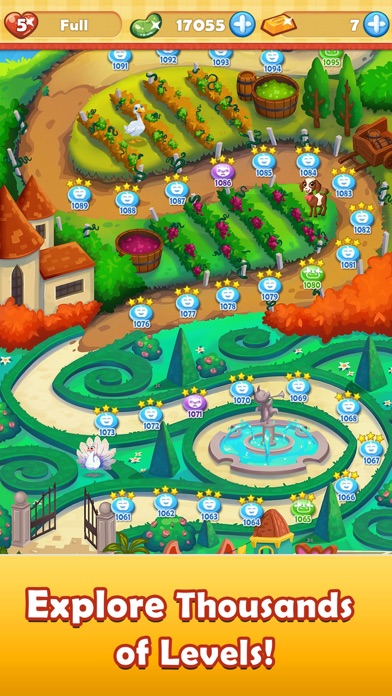 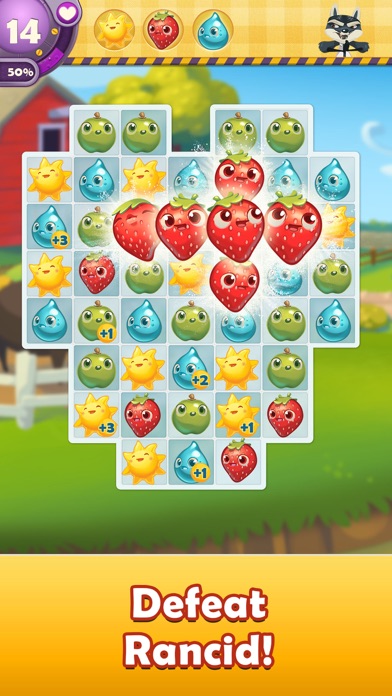 A lot of fun. Great game. Challenging.
By Jopase2013

A fun game and more challenging than many. Why does the player have to Pay for the gold bars in the bank that the player has won......pay for the other boosters, but not the bars that have been won! Maybe reduce the price $1.00 if you feel the need to charge.
By Sodus

Give me my boosters

I like the game but the magic pony never gives me my rewards even though I’ve earned them. Sometimes you need those boosters to advance. If you don’t have the boosters then you’re stuck on a level forever!!! I hate all the things you have to click through just to play the game. I do like the option of watching an ad for a life or 3 more moves.
By Pizza man 👍

Love this game. But there’s an issue with internet not connecting ON YOUR END for two days now. Before you tell me it’s me, I also play a couple of your other games and they’re fine with no internet issue. Went to click on app support and link broken. No way to contact you except this way. I don’t play on my computer or Facebook. I play on my iPhone and game loads and I can play but it will not save my honey pots or my place in harvest rush. Got a message saying I made it to the semi finals but can’t keep my place without internet. Tried to open my account but says connection is down try again later.
By MomJ99

I used to love playing this, but what’s the point of HERO POINTS? it’s just a waist of time for irrelevant points
By Kreplach 54

I like the game but random people show up on my challenge list. I don’t want anyone playing with me on my game but my friends.
By Pkerr321

I enjoy the game, however not enough prize awards and the coins you earn get cought in a piggy bank that you are forced to buy! I don’t like that!
By i dont want a nsme out there